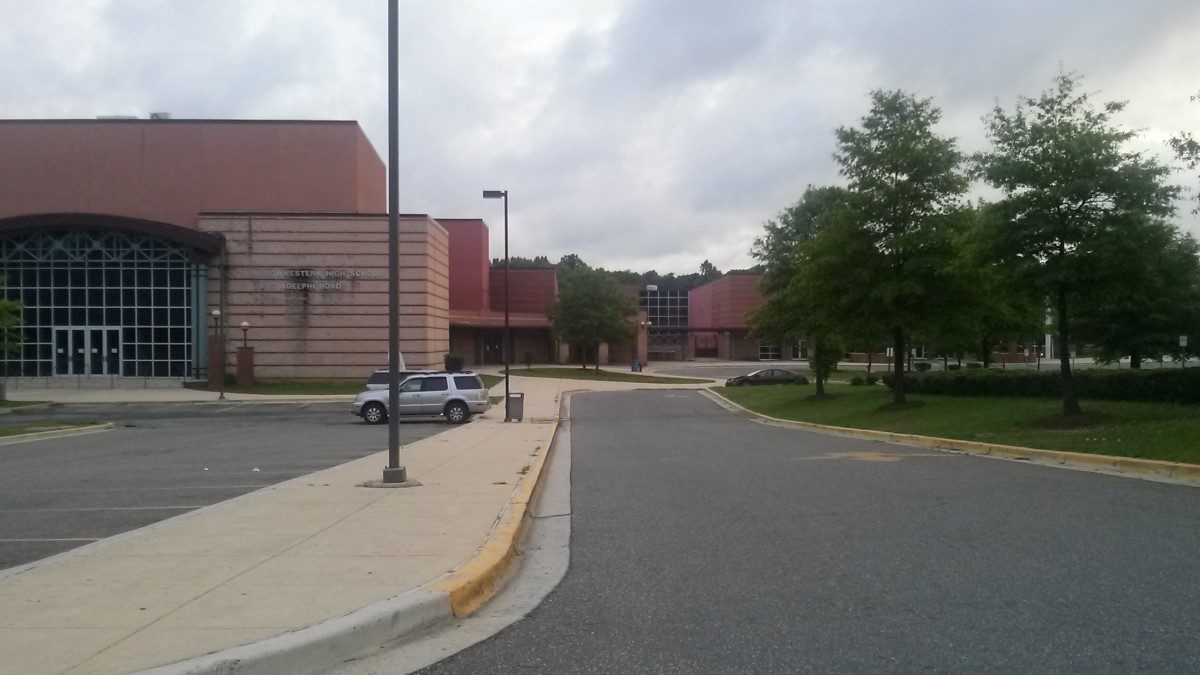 BY SUSAN HINES — On November 25, Northwestern High School and County Council Vice-Chair Will Campos (District 2) hosted a community meeting with the Prince George’s County Police aimed at spreading awareness of the crimes and seeking community assistance in identifying the suspect.

No arrests have been made in the October 29 armed robbery of several pedestrians and the sexual assault of two women in a nearby wooded area. Despite the fact that one of the sexual assault victims and two of the armed robbery victims are students at Northwestern, few parents and fewer students were in the audience.  Low attendance prompted Campos to express disappointment and encourage greater community participation. District 3 School Board Representative Amber Waller was present and asking questions.

Due to the ongoing nature of the investigation, however, little new information about the victims or the circumstances is available. County police and detectives were in attendance as was Hyattsville Police Corporal Michael Rudinski, the School Resource Officer (SRO) assigned to Northwestern. Officer Rudinski confirmed that a Spanish/English flyer describing the suspect and including a police sketch had gone home with students. County police had already distributed flyers at two apartment complexes on Belcrest Road, near the site of the attacks.

Rudinski also said that the well-worn path through the wooded area has been used for many years, noting that it can be seen in images dating from Northwestern’s early years.  Students have been actively discouraged from taking the route and fencing is a future possibility.

Want to help? Answer Campos’s call by asking businesses you frequent to post the English and Spanish versions of the flyer advertising a cash award of up to $25,000 for tips that lead to an arrest and indictment in the case.  Call PGPD Media Relations Division at 301.772.4710 and request a copy of both versions of the flyer.