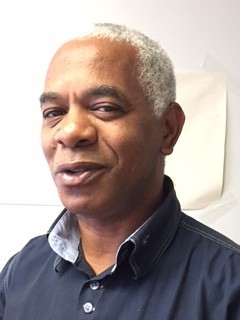 BY JULIA GASPAR-BATES — Born into a large family in his native Guadeloupe, Felix Grandisson strongly values family and his connection to the land. He grew up in a farming family on Basse-Terre (“Low Land”), a Caribbean island where coffee and sugarcane production are the primary industries. “When my great-great-grandfather became free at the end of slavery, he decided to farm, and this value of the land has passed down through the generations. I have farming blood,” Grandisson said.

As a child, Grandisson developed an interest in both agriculture and entrepreneurship: “I used to go to the farm with my father to work. This is where I learned the value of working and doing what you’re supposed to do and not what you want to do by yourself. During this time, I spent a lot of time in the forest. It helped me observe and connect with nature. I did a lot of research on how to grow things. We would try things and figure out how to do it. My friends and I always had a project. We harvested coconuts and guava and sold them. It shaped me. This is where my passion comes to develop projects, [to] have my own business that I develop myself. It’s an important lesson to observe the environment but also observe human beings around you. It gives you an idea on how to connect with them. You are conscious. You pay attention.”

This passion led Grandisson to complete a master’s degree in agricultural management in the south of France. He came to the U.S. for the first time in 1997 to improve his English and spent a year working at a large nursery in Columbus, Ohio. Grandisson experienced positive culture shock because he found that Americans “had a way of connecting and seeing you as person. Coming from France, you go on the metro, on the bus, people don’t see you. Here everyone would say, ‘Hi.’ They made me feel very comfortable and welcome.” At the same time, he was also shocked by Americans’ desire to work as much as possible, even on weekends, to make money: “I wanted to work less to have my weekends free. It was confusing to me.”

After his stay in the U.S., Grandisson bounced back and forth between France and Guadeloupe, eventually returning to his native island where he worked for the Chambre d’Agriculture (Agriculture Bureau). It was during this time that he met his American wife, Chantal, who was teaching in Guadeloupe. After two years, they decided to return to the U.S. while Chantal completed her master’s degree. They founded Link Education in 2006 to create exchange programs for teenagers from Guadeloupe. Their intention was to return to Guadeloupe to continue the business after Chantal finished her studies. However, circumstances intervened: “It’s been 12 years, and we’ve had kids coming [through Link Education] every year since. It’s a great experience. But we got caught in the U.S. system — kids, work, loans, and we are still here.”

After moving to Hyattsville from Takoma Park in 2015, they realized that they wanted to find a way to connect all the different cultures in the community together. In November 2016, they expanded Link Education’s offerings and opened a language center next door to Franklins Restaurant, Brewery and General Store, where they offer classes in French, Spanish and Chinese.

Grandisson enjoys living in Hyattsville where people greet him by name on the street: “You recognize people — it’s not something totally anonymous. I like the fact that there are activities like the Vine Crawl, and people open up their homes and bring the community together. I like the diversity of the city. You can walk the streets and you have almost everything within. It’s a perfect place to be and to live.”

Nonetheless, Grandisson hopes to return to Guadeloupe one day: “I miss my family, the mountains and the forest. I miss the quality of life. Hyattsville is nice, but it’s still inside the U.S. with all the craziness and values of money and professional success. Everything is so organized. I would like to see my daughter with more freedom where she can really express herself and not worry about activities that are too programmed.”

Cultural Connections is dedicated to sharing the voices of immigrants and other foreigners who have settled in Hyattsville.

From the Editor: Canines deserve care