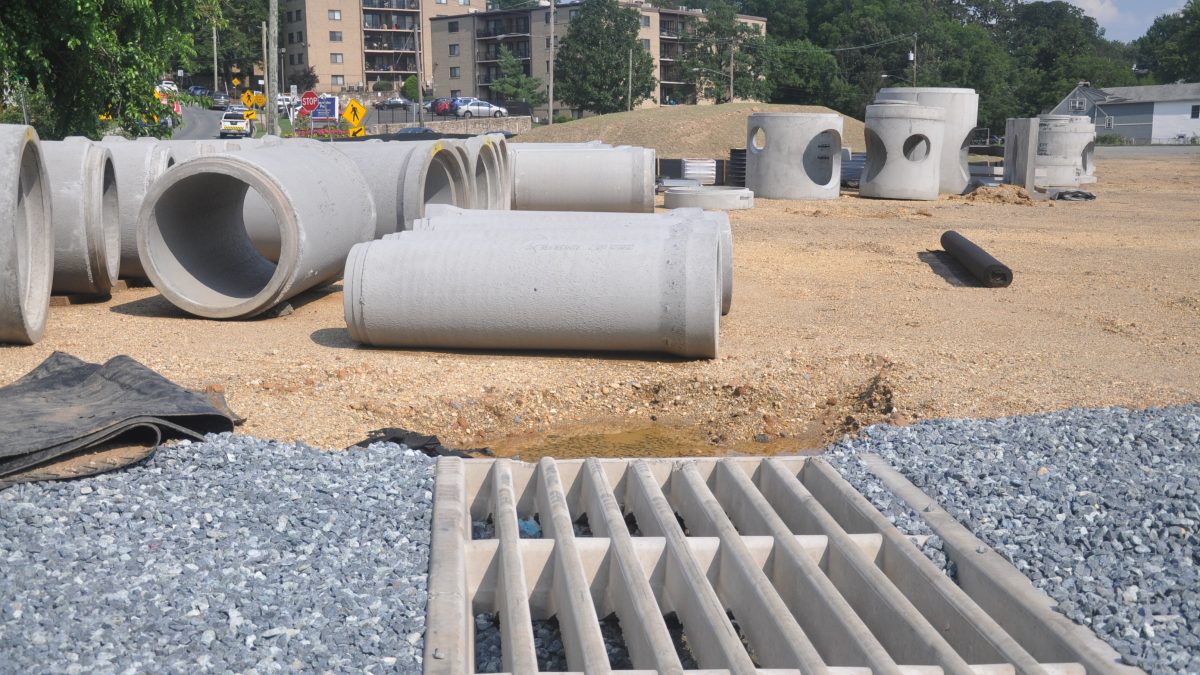 By WINTER HAWK and KIT SLACK

On Nov. 4, Werrlein Properties pulled its application to the Prince George’s County Planning Board for a preliminary plan of subdivision for the lower half of its property, the former Washington Suburban Sanitary Commission parking lot neighboring Driskell Park.

Werrlein withdrew the application in advance of a hearing scheduled for that day. The application needed to be resubmitted because not all concerned parties had been advised of the hearing, according to an email from Eddie Diaz-Campbell, a senior planner for the county.

The hearing pertained to Werrlein Properties’ plan to build 41 townhouses on the lower lot.

The City of Hyattsville and some residents oppose the development (See Update on construction by park). Julie Wolf, a soil scientist who lives across the street from the development, wrote in an email “the lower site should never have been allowed to be anything but wetland/floodplain/open land to support flood overflow.”

She continued, “I’m all for high density development, near transit. People buying million dollar luxury McMansions do not take transit, they have cars for each member of the family and an extra one for the dog.”

Other residents have supported the upscale development. Will Seath, who also lives close to the project and has served on the city’s advisory planning committee since May, wrote in an Oct. 30 email, “The Werrlein development isn’t perfect, but at least the plan has the elements of a traditional neighborhood design. …. That’s better than what another large developer would have done.”

Although many speakers were lined up to weigh in at the Nov. 4 hearing, none were able to do so because of Werrlein’s last-minute withdrawal of the application.

Norman Rivera, an attorney for Werrlein Properties, said his office will work to refile the application soon.

The City of Hyattsville and some area residents are currently suing Prince George’s County Council over density and zoning changes that the council approved for the project.

That lawsuit is now in the hands of the Maryland Court of Special Appeals (CSA-REG-1261-2020). A hearing before that court took place on Sept. 7.

Carroll Holzer, the attorney representing 21 Hyattsville residents living near the lots, argued at the hearing that Werrlein Properties’ does not have enough land to develop the number of planned homes and stay under a required maximum density. He also noted that the district council failed to determine how floodplains would be removed to accommodate the housing development.

The principal attorney for the county council, Raj Kumar, argued that a density limit was not fixed for this type of development.

The attorney representing the City of Hyattsville, Ernest Cornbrooks, added that the county council also did not properly apply for zoning changes during the zoning process.

Kumar argued rezoning is lawful in an overlay zone – a district that is applied over one or more previously established zoning districts. Kumar also noted that the upper lot was not rezoned.

One of the presiding judges, Kevin Arthur, questioned what the courts could do now that the detailed site plan has been approved and building permits have been issued.

“It has a lot of impact,” Holzer said. “What they’re doing has not been vested. They dug a hole in the ground, at best… they haven’t put up any buildings yet.”

One house is framed on the highest corner of the upper lot, as of Nov. 9.

The county has not approved a preliminary plan of subdivision and detailed site plan for the lower lot.  No houses have been built there.

As of press time, the court had not yet made a decision.

City releases report on services for seniors and people with disabilities