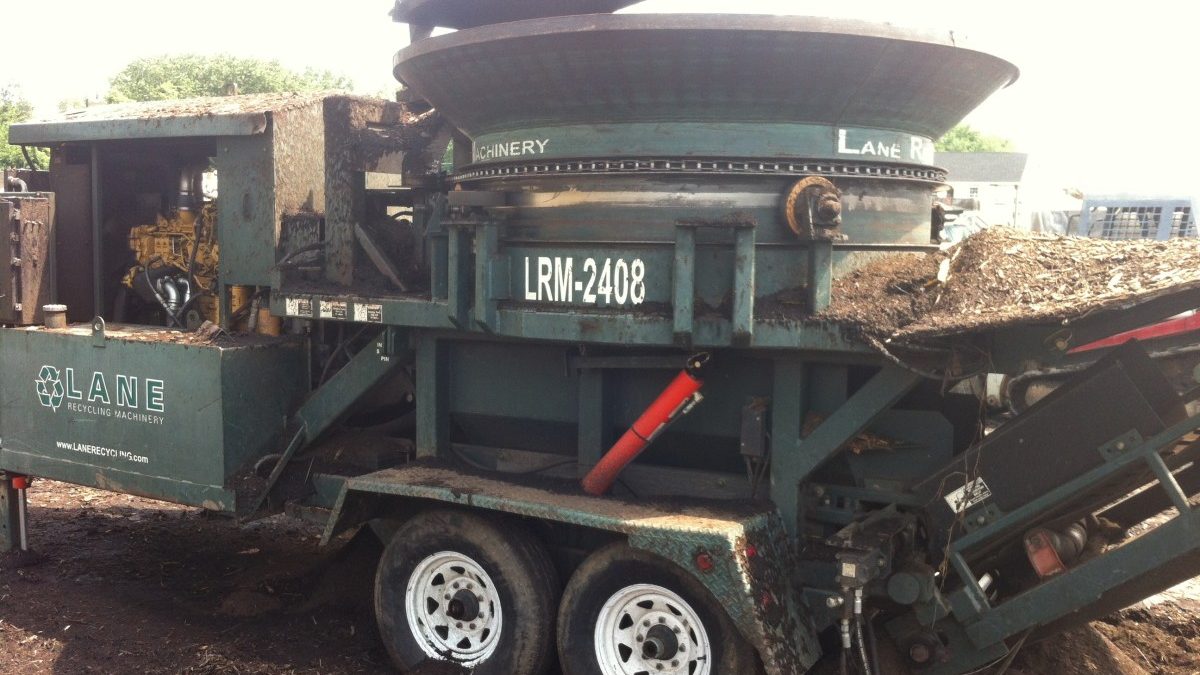 BY JACK BOLESTA AND SUSIE CURRIE — Topsoil and mulch are the bread and butter of a landscaping business. Denchfield Landscaping & Nursery has found a new source for both of these essential ingredients in the yard debris and fill dirt from its own job sites.

Kurt Denchfield started his landscaping business in 1990, as a Bethesda high-school student. When he decided to add a nursery to the operation, he needed more space. He found it on Ager Road in Hyattsville, where the full-service company opened in 2004. It’s grown to have 13 work crews, staffed mostly by local residents.

While there are other landscaping companies in the area, Denchfield’s is the only one that creates its own topsoil. Kurt estimates that the company takes in “thousand of yards” of landscaping waste – the excavated twigs, rocks, dirt and plant material left at the end of a job – each year at its 3.5-acre site. On a daily basis, waste is taken in from Denchfield’s own landscaping operations and other contractors, who can dump a truck full of yard debris one day and come back the next day to purchase the recycled product.

“The benefits are huge,” Kurt said. “All of our fill dirt that we would have to pay to truck out [to a landfill] we are now able to turn into topsoil and mulch. Then we can send it back out to our job sites or have it available at our garden center.”

In 2011, when looking for an affordable way to reuse the excess material, Kurt asked his son Taylor to find an answer. After extensive research, Taylor settled on a topsoil screener, which worked so well the company later added a mulch grinder.

The screener sifts fill dirt and organic waste to filter out rocks and other detritus, then turns it into topsoil to be used at the company’s own landscaping operation and other local contractors. The mulch grinder recycles tree debris from the same sources into mulch.  The machines run year-round.

“It’s great taking trash and debris from yards and other local contractors that we can reuse in everyday work,” says Denchfield. Investing in the machines has saved the company “from $100,000 to $200,000 a year,” he told Lawn & Landscape magazine recently.

But the benefits of recycling organic waste stretch beyond saving dollars. By recycling on site and using reclaimed materials, the business leaves a much smaller carbon footprint. There are fewer diesel trucks on the road hauling around debris to landfills, and since the majority of the recycled material is sold by the cubic yard, going directly into a truck bed, it greatly reduces the amount of plastic bags used yearly.

Jack Bolesta, a senior at the University of Maryland, is assistant manager at Denchfield’s.

A Community divided: Against the Werrlein Properties’ development proposal

Nature Nearby: When deer are in a rut