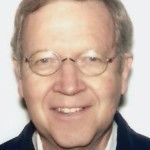 BY HUGH TURLEY — There are now more television news choices than ever before. MHz Networks, an independent broadcaster in Falls Church, Va., offers five channels from 30.1 to 30.5 on a digital tuner. The globally-oriented programming is free with a good antenna so no cable service is required; several cable systems also carry the MHz channels.
The network offers news programs from several countries, including Russia, France, Japan, Israel, Taiwan, Germany and Qatar. The news is broadcast with English speakers but offers different perspectives from American news. News from Bolivia is in Spanish and news from India has English subtitles.
In March, the Japanese network NHK provided extensive coverage of the recent earthquake and tsunami disasters, with images and stories not shown on American network news. NHK broadcasts world news throughout the day and includes stories of interest to both Japanese people and others.
When Egyptian President Hosni Mubarak was overthrown, the Al Jazeera network had the most extensive coverage from beginning to end. Al Jazeera covers world news from the perspective of people living in the Middle East. Former White House correspondent Helen Thomas has been a guest on Al Jazeera, where criticism of Israel and sympathy toward the Palestinian people is tolerated.
Russia Today (RT) has guests rarely seen on American networks, like Paul Craig Roberts, U.S. war critic and former syndicated newspaper columnist and Reagan administration official. RT has shown World War II documentaries from a Russian angle, with stories from veterans. Russia’s version of the conflict is quite different from Tom Brokaw’s “Greatest Generation” seen on NBC News.
The reporting of American wars abroad is less favorable in the foreign press. It is interesting to compare worldwide news coverage of the war in Libya with U.S. news reports. Often there are unfavorable stories about the U.S. from overseas that are not reported widely, if at all, in America.
In London, on February 20, The Guardian confirmed that Raymond Davis, arrested for shooting two people in Pakistan, was “a CIA agent on assignment at the time.”  Only then did the New York Times finally admit they knowingly concealed this from the American people saying they “agreed to withhold information about Mr. Davis’s ties to the agency at the request of the Obama administration.”  The Washington Post also then reported they “learned of Davis’s CIA affiliation after his arrest but agreed not to publish the information at the request of senior U.S. intelligence officials.”
There is competition around the world to influence public opinion. Programming is commercial free, which raises the question, who is paying to produce these news and entertainment programs?
RT says it is funded by the Russian government and broadcasts from studios in Moscow and Washington, D.C. Al Jazeera was founded by the Emir of Qatar.
Secretary of State Clinton, who testified before a congressional committee against cutting propaganda funding, has called RT, Al Jazeera, China’s CCTV competitors to American media.
“In fact, ” she said, “viewership of Al Jazeera is going up in the United States because it is real news.”
Competition to share information can be beneficial.  When governments seek to withhold information from their citizens, people may be able to learn the truth from sources overseas.  One can wonder if the New York Times and Washington Post would have ever revealed Raymond Davis was a CIA agent if the foreign press had not done it first.

Hyattsville Life and Times, 8 years ago 4 min read
In Memoriam