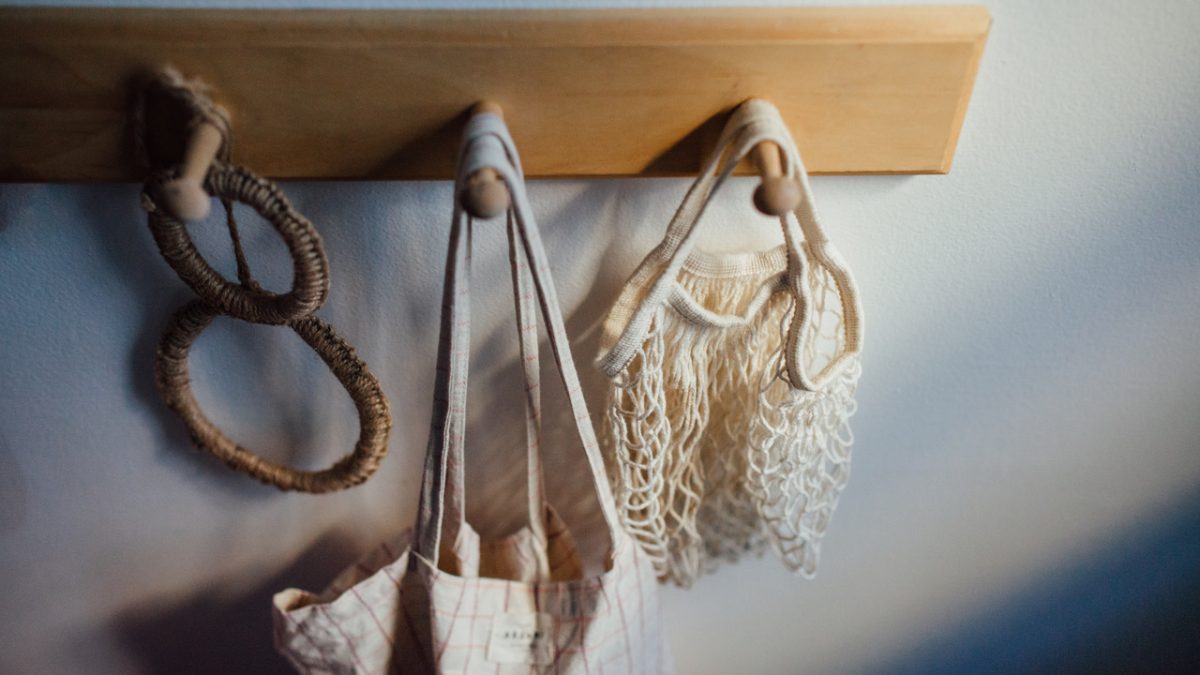 If like me, you own more tote bags than you can use, you might be experiencing the dilemma described in “Cotton Tote Crisis,” a New York Times article that recently went viral.

You’ve surely bought a tote bag, or you’ve been gifted with one by shops and online retailers or at social events. You might use it for grocery shopping or even as a fashion item, proud to cut off your plastic consumption in style. After all, plastics never really decompose but break down into micro- and nano-plastics that are found in water, soil, and air, so every little positive thing we do helps Mother Earth.

But according to a 2018 study from the Danish Environmental Protection Agency, you’d need to reuse a single, organic cotton bag every day for 54 years (or about 20,000 times) to offset its environmental impact.

Organic tote bags are environmentally problematic because organic cotton production is water-intensive and has a 30% lower yield than does production of conventional cotton. Many tote bags are printed with PVC-based dyes, which prevent them from being recycled or composted. Only a small portion of the million bags produced a year are successfully recycled.

However, that Danish study has several limitations. It did not go through academic peer review, and it assumes that you need two cotton tote bags to replace a single-use plastic bag (cotton totes in Denmark are smaller than most U.S. ones). This assumption artificially inflates the environmental impact of using tote bags.

Additionally, researchers did not account for the impact of plastic waste entering the ocean or other ecosystems nor its repercussions on our health and environment. They presumed that all plastic bags are correctly disposed of. We have an example of this right here at home: Prince George’s County no longer accepts plastic bags in its curbside recycling program, and they often end up in landfill.

The high number of times that you have to reuse a conventional (non-organic) cotton bag to offset its environmental impact (7,000) depends on one factor: ozone depletion. But two years ago, National Geographic published an article saying that “the United Nations confirmed in a scientific assessment that the ozone layer is recovering, projecting that it would heal completely in the Northern Hemisphere by the 2030s.” So based on environmental impact alone, a conventional cotton carrier bag should be reused around 50 times before its disposal. This means you could break even in a year ― way more manageable!

Despite what recent headlines suggest, cotton bags are not a bad solution for carrying your groceries or using as an everyday purse ― and they’re way more fancy than a plastic bag. Bea Johnson, an expert on zero-waste living, has five rules (the 5Rs) to follow in chronological order: refuse, reduce, reuse, recycle and rot (decompose). The first step, refusing what we do not need, is crucial. We have to learn to say no to freebies, as they aren’t good for you and add to the clutter in your house and on the planet. And according to Rule 3, it is important to use and reuse all our bags (plastic or cotton) and not just stuff them inside each other, stashed under the sink.

Maryland lawmakers are working on a plastic bag ban that would go into effect in July 2022. In a recent Maryland Matters article, Del. Brooke Lierman (D-Baltimore City) explained that “Maryland generates almost 12 million tons of solid waste a year and about 13% come from plastics, including plastic bags. Since the pandemic and the rise of carry-out from restaurants and grocery stores, there has been a 30% increase in plastic waste in 2020.”

We can always improve by slowly changing the way we consume. On average, it takes two months to form a new habit. Another good reason to embrace reusable-living now.

From where I stand: Save Guilford Woods

Miss Floribunda: Green-‘Thumbing a Ride’ to ‘A Ripe Old Age’

Community on the move: Construction updates: major completions slated for 2022