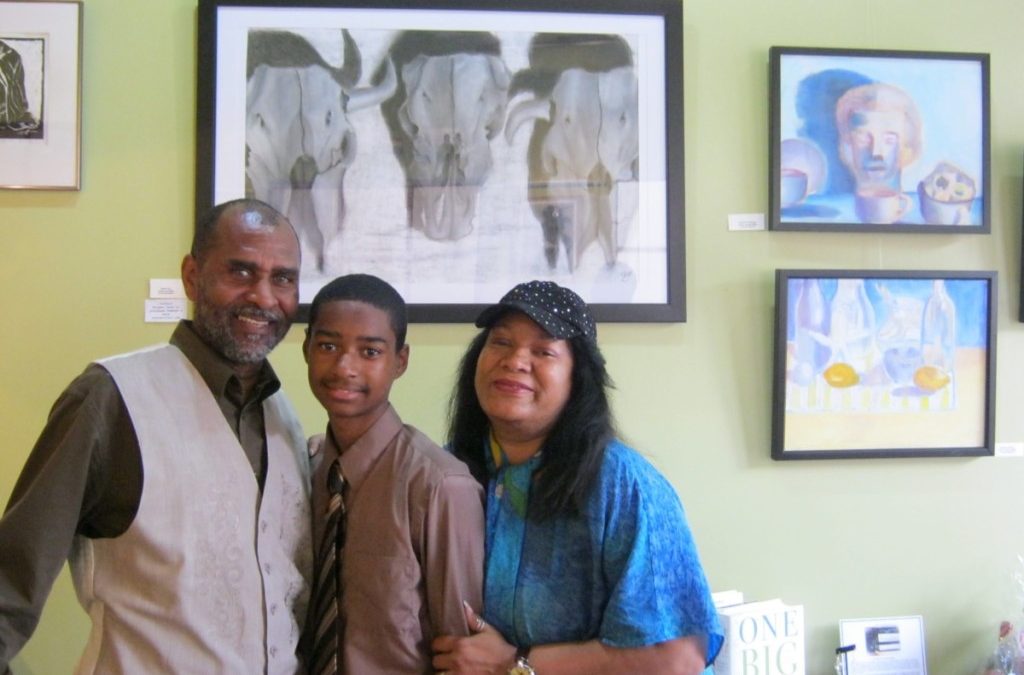 BY SUSIE CURRIE — A Hyattsville youth beat area applicants from as far away as Herndon, Va., to win the first annual Ted Kliman Memorial Award for Young Artists. High-school freshman Romare Marshall, 14, received $500 and a month-long exhibition of his work.
The contest was open to 12-to-17-year-olds living in the Washington, D.C., region and working in sculpture, painting, drawing, mixed media or photography. Contestants had to submit 10 to 15 images of their work, describe how the award money would further their artistic goals, and write an essay about “a painting, sculpture, or drawing that speaks to [them],” according to the award description.

Marshall’s winning essay, was on “Las Meninas  (The Maids of Honor),” the 1656 painting by Diego Velazquez, and the effect the Spanish painter has had on his own paintings.
“I couldn’t have hoped for someone like Romare,” said Hyattsville resident Todd Kliman, whose family instituted the award to honor the memory of his father, a Greenbelt artist who died in 2009. “For a 14-year-old to have this level of devotion and seriousness kind of threw me off.”
His mother, who named him for artist Romare Bearden, is local artist Eileen Cave, a visual-arts teacher with the Prince George’s County Public School system.
“She didn’t push me into [being an artist],” said Marshall, a lifelong resident of Hyattsville. “I’ve been drawing ever since I was little, and she would incorporate my stick figures into her paintings.”
She did, however, encourage him to enter the contest, his first. He says he was surprised to  win; “it was just something I put together over spring break.”
The award was presented on May 17 during the opening reception of his paintings, drawings and etchings at The Daily Dish, a restaurant in Silver Spring. That night, Marshall sold his first piece of art – “Howling Wolf,” on scratchboard – to Karen Gardiner, his 6th grade teacher at Rosa Parks Elementary School. 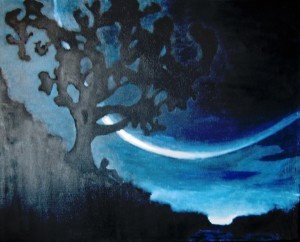 After elementary school, Marshall followed his older brother Jordan to the Landon School, where he gets 45 minutes of art instruction four days a week. He plans to spend his prize money on summer art classes there.
Walt Bartman, chair of Landon’s art department, has worked with Marshall on painting, drawing and sculpture; this summer, they will tackle larger pieces and begin assembling the 24 works required for the Advanced Placement art exam. 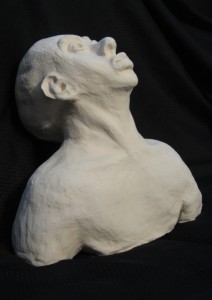 Asked for a favorite piece, teacher and student both point to “Skull Trio,” a set of three cow skulls rendered in charcoal.
“I love it because of its size and the subtleties,” said Bartman. “One of Romare’s strengths is his attention to fine detail, especially how things can go from light to dark. He loses himself completely in his work.”
The Kliman family hopes to make the award an annual one, and a silent auction during the reception raised more than $400 for next year’s.
“I was looking for someone whose passion and intensity matched my father’s,” said Kliman. “It was hard to find.”

From the Editor: From where I sit

Hyattsville Life and Times, 6 years ago 6 min read
Beyond Hyattsville

Hyattsville students get ‘Teched Out’ with more technology in classroom

Hyattsville Life and Times, 7 years ago 2 min read
Postcards from the Past

Postcards from the Past: Masons build a legacy in Hyattsville