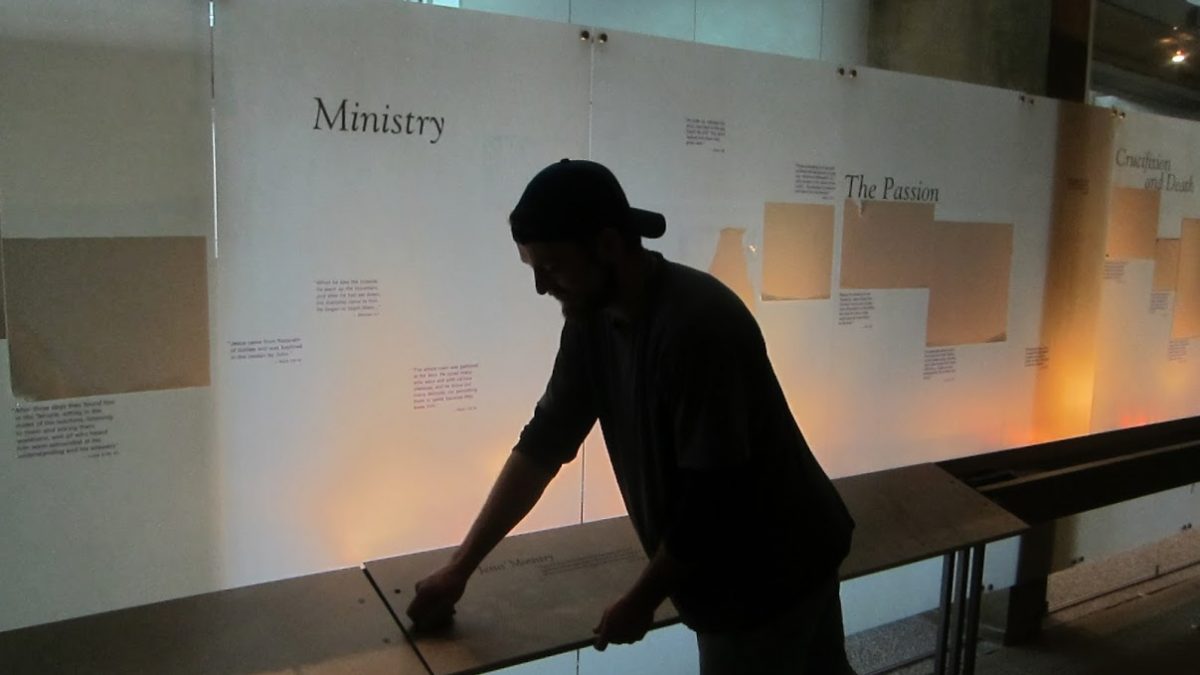 Alan Burgoyne helps remove part of the permanent exhibit at the Pope John Paul II Cultural Center in Washington, D.C. The center donated most of its permanent collection to Saint Jerome Academy, and 25 volunteers came to help dismantle and move it. Photo by Chris Currie
Art

BY SUSIE CURRIE — Two area schools started 2013 with major donations. Hyattsville Elementary School’s Rainy Day Games campaign, set up in December as a Wish List on Amazon.com, brought in more than 100 new games in its first month. Principal Julia Burton worked with the staff to identify items that could be brought out on indoor-recess days, when inclement weather keeps the more than 500 HES students inside. PTA President Bart Lawrence reports that many of the games are in circulation already, adding that the “heartening show of community support … will benefit hundreds of students for years to come.”

On January 3, when a parent at St. Jerome Academy learned that the new owners of the former Pope John Paul II Cultural Center were offering much of its permanent collection to the first groups who could dismantle and move it, parents and staff sprang into action. Two days later, 25 volunteers met at the center with ladders, packing material, and all manner of tools. After nine hours of toil and not a little ingenuity, several vans, SUVs and trucks full of the museum’s treasures arrived at the school.  Among the items now awaiting installation at St. Jerome’s: a 50-foot-long timeline of metal and glass; backlit ceiling panels depicting planets and stars; and many larger-than-life reproductions of famous art, including Michelangelo’s Sistine Chapel frescoes.

The center, located near the Catholic University of America, was a museum, performance and events facility dedicated to the legacy of the late pope.  Last year, it was purchased by the Knights of Columbus, who plan to renovate it as the Blessed John Paul the Great Shrine.