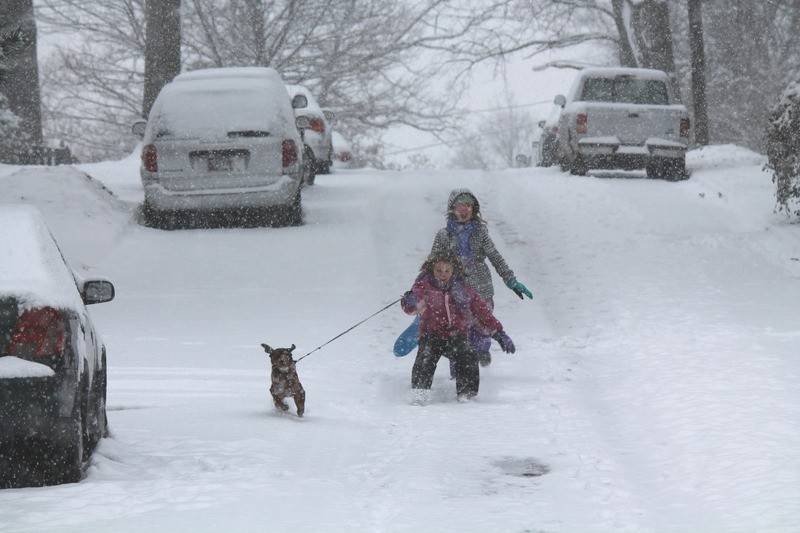 BY REBECCA BENNETT — A winter storm has disrupted business as usual on Tuesday.

The City of Hyattsville says “Public Works crews will remain operational until 9 PM this evening. Crews will return tomorrow at 5 AM and will operate in weather emergency mode until noon, when road conditions will be reassessed.”

The city asks residents to keep sidewalks clear. According to the city municipal code, residents and business owners have 24 hours after the snow ceases to fall to make sure sidewalks are clear, which by our eye out the window, could be around 10 a.m. Wednesday morning.

Prince George’s County says residents and business owners outside of a local municipality have 48 hours after snow has fallen or ice has formed as a result of inclement weather to remove it.

Metro says it will run on a moderate snow plan for the remainder of the day. The Town of Brentwood has rescheduled its council meeting for Wednesday, Jan. 7 at 7:30 p.m.

The Mall at Prince Georges announced it will delay opening until noon today.

Send us your snow photos and videos!

The City of Hyattsville says city offices will open at 10:30 a.m. This to allow time for city staff to arrive safely.

Metrobus service is operating on a moderate snow plan.

The government offices for the City of Hyattsville are operating on a two hour delay. The city says the Department of Public Works is working on clearing the roads and commuters should use caution while driving.

According to NewsChannel 8, New Hampshire Road near Adelphi Road was shut down in both directions due to power lines that have fallen. The Maryland State Highway Administration (SHA) reported several cars getting stuck near Riggs Road and East West Highway.

“Rush hour will be challenging so we strongly encourage motorists to delay their commute and allow trucks the time to effectively maneuver and treat the roads,” said SHA Administrator Melinda B. Peters.

H&M coming to the Mall at Prince Georges