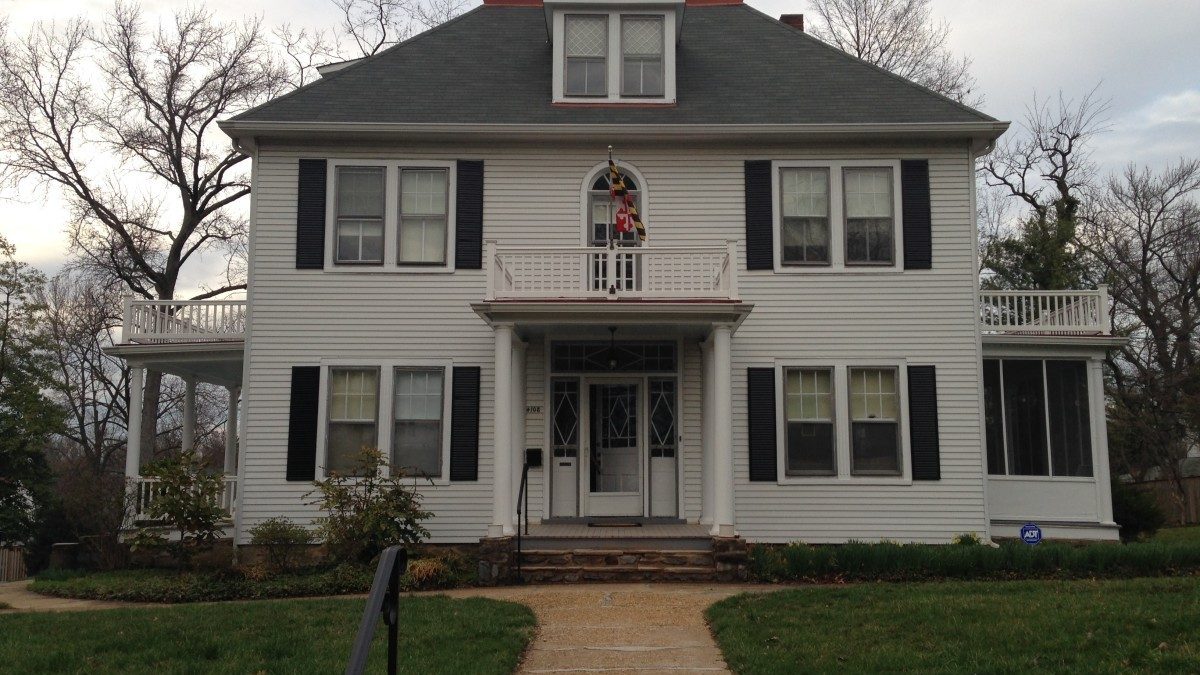 Who bought the big white house on the hill?

The big white house in the 4100 block of Jefferson Street, which was listed recently in the Hyattsville Life & Times, became a topic of conversation around town.

“[It’s] known to long-timers as Dr. Latimer’s home and practice. It’s one of those houses that only transfer once in a generation,” realtor Ann Barrett said. “Stately situated on a hilltop with two balconies and front and side porches. She’s a beauty inside and out.”

“I was blessed to welcome more that 120 guests at the open house and received multiple offers for the sellers consideration,” Barrett said about the house that listed for $500,000.

Who bought the house on the hill? Introduce us to your family!

We are very excited to be the new residents of 4108 Jefferson Street. My wife, Sharon is an IT professional with a government contractor and I am a government relations specialist with an international organization.

Where were you living before?

Sharon and I have lived in the greater Hyattsville area for just more than ten years. Prior to February, we lived in the West Hyattsville/Chillum neighborhood of Michigan Park Hills close to the Washington, D.C. line and the Fort Totten Metro Station, so we know the overall area relatively well.

What brought you to Hyattsville?

We have long had several friends — and have gotten to know even more people since we moved — who live in Hyattsville. Some of our friends and acquaintances date back to my time as an undergraduate at the University of Maryland at College Park more than two decades ago. Also, our children attend St. Jerome Academy, so we have gotten to know a number of families through the school community as well.

We feel that Hyattsville is strongly positioned to see significant growth and development in the near and long-term future and we want to be part of that growth. We wanted to be able to live in a neighborhood and community that is walking distance to our children’s school and close to nice restaurants, grocery stores, parks, and bike paths. Our new home has all of that and more close by.

Why did you buy this particular house? You paid $30,000 over listing price. If you don’t mind sharing, what were some of the factors in that?

I would pass by it every day while taking the kids to school and would often jokingly comment to my wife about how nice it would be to have such a home. It is quite a beautiful structure in my eyes, with its stately lines and large yard, always getting sunlight because it sits on top of the hill. That is why, when Churchill Cowell put the house on the market last December, and though we were not necessarily looking to move at the time, we felt that we simply could not ignore the moment.

Then & Now: A walk through old Hyattsville