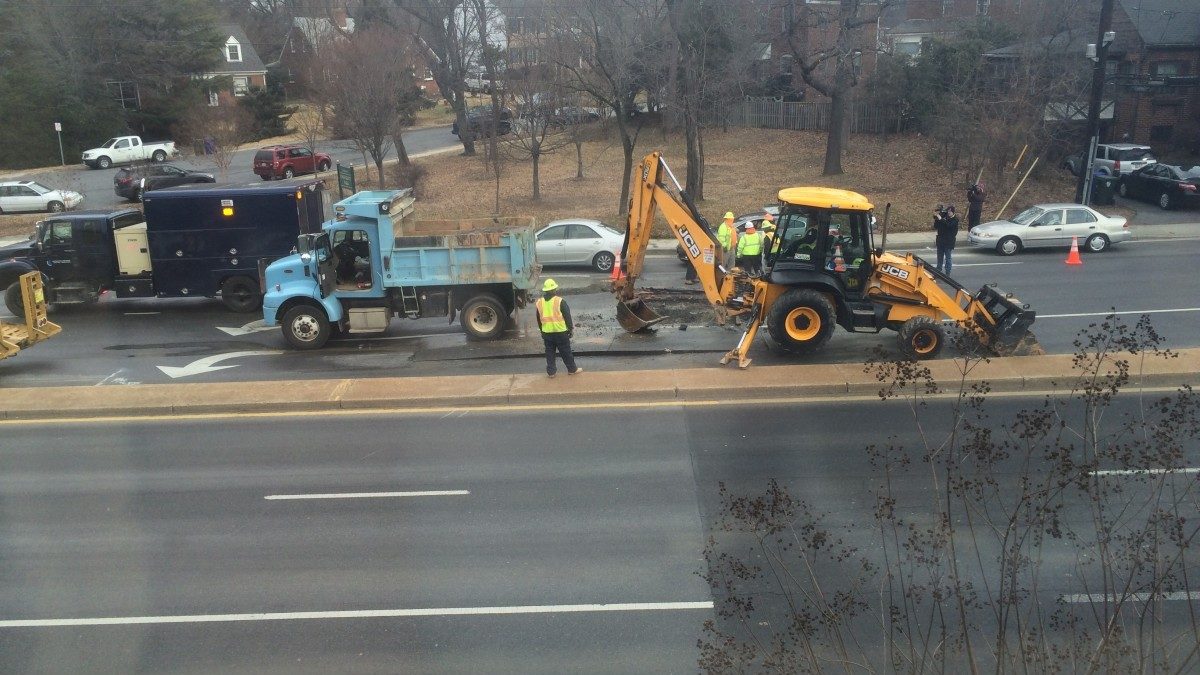 BY REBECCA BENNETT — Updated at 8:48 a.m.  According to WSSC, three westbound lanes will be closed Friday morning for paving after a 10-inch water main break in the 4100 block of East West Highway near Adelphi Road yesterday. All lanes are expected to be open for the evening rush hour.

The road had buckled in the area, according to Hyattsville resident Elizabeth Pfaffenroth, who lives nearby. At 8:30 p.m. Thursday, WSSC said the repairs were not holding and they were digging the water main up again.

After making the repair yesterday, WSSC said water had been restored to the seven customers who were without water around 4 p.m.  Water was shut off again Thursday evening so crews could fix the main again.

That posed a problem for Pfaffenroth’s family, as not everyone in her house had gotten a shower by the time the water was shut off again.

For most of Thursday, only one lane got by on East West Highway, and WSSC advised drivers to find other routes. There were periods where traffic was backed up from Adelphi Road to Kenilworth Avenue. Brittany Moore posted on our Facebook page that it took her 30 minutes to get from Baltimore Avenue to Adelphi Road during the Thursday morning rush hour. During the evening rush hour, alternate routes such as Queensbury Road were jammed through Hyattsville and Riverdale Park.

Eastbound East West Highway has reportedly been getting by without incident.

Hyattsville Resident: Pope’s presence was more than enough at parade

Secondhand News: Aren’t you glad you didn’t throw that away?