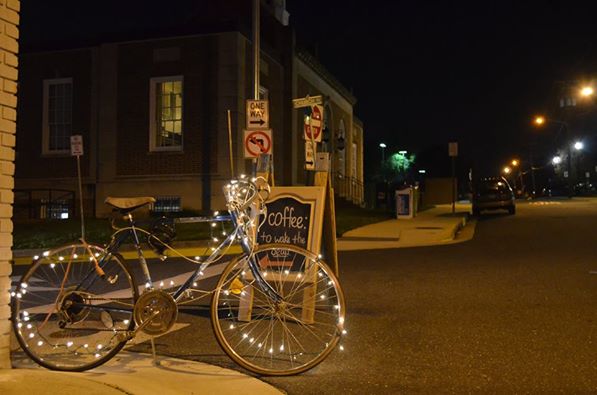 Vigilante Coffee says if you see this bike lit up outside the shop, it means they are having an event and all are welcome. Photo courtesy Vigilante Coffee.
Hyattsville

On Thursday, October 30, catch a scary movie in the spirit of Halloween at the coffee shop located at 4327 Gallatin Street.