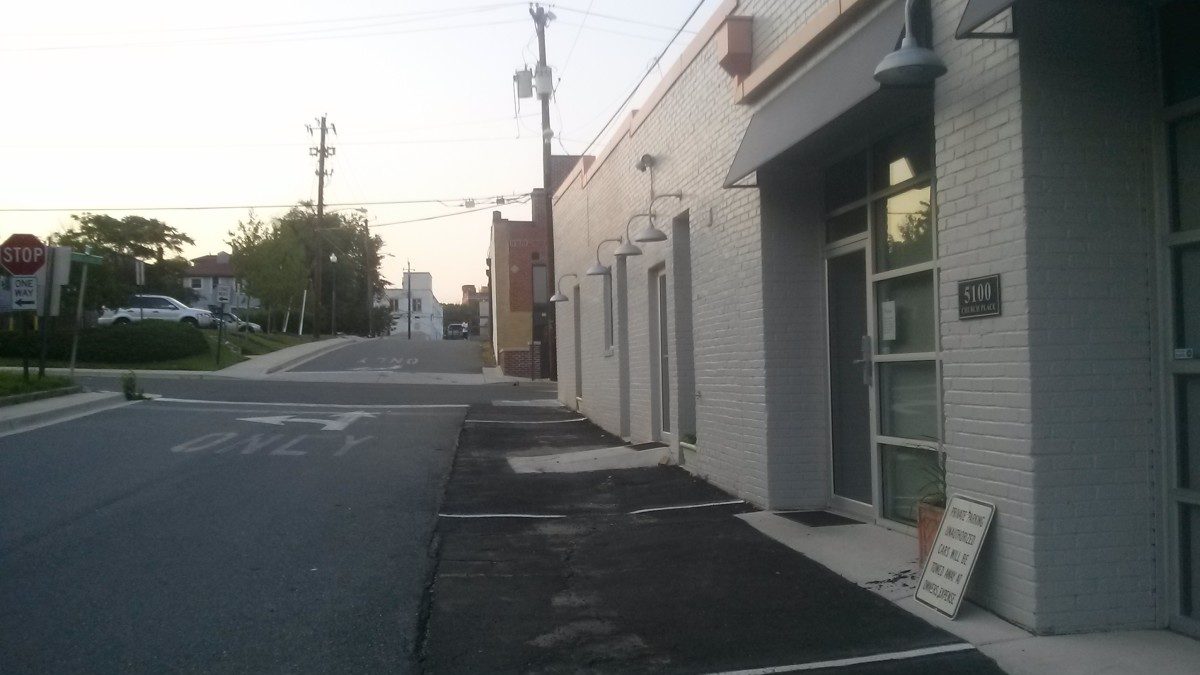 BY REBECCA BENNETT — Updated at 6:06 p.m.  According to Daniel Simon, owner of the former Palmer Ford building, patrons of Vigilante Coffee will see construction outside the roastery soon, but should be advised that the coffee shop will still be open for business. Additionally, 5 percent of Vigilante’s profits during the week of construction will go to Hyattsville-based Community Crisis Services.

The work was originally scheduled for Wednesday, but the building’s owner says inclement weather may cause a delay until the temperature hits 40 degrees and the snow clears. He said he hopes that would be later this week or early next week.

According to Simon, the joint venture between both the Palmer building, located at 4327 Gallatin Street, and Vigilante Coffee will replace some of the asphalt near the building with a porous surface. The project, which will have a huge impact on runoff in that space, is mostly funded by the Rain Check Rebate program, he said.

PaveDrain is being installed at the Palmer Ford building. Its website says the PaveDrain System is a “permeable articulating concrete block/mat … that creates a performance pavement that integrates the patented arched reservoir to maximize onsite stormwater capacity during extreme storm events.”

The work, which is estimated to take for to five days, is transitional between parking and a patio for possible outdoor seating, according to Simon.

Magruder Park to be renamed for David Driskell