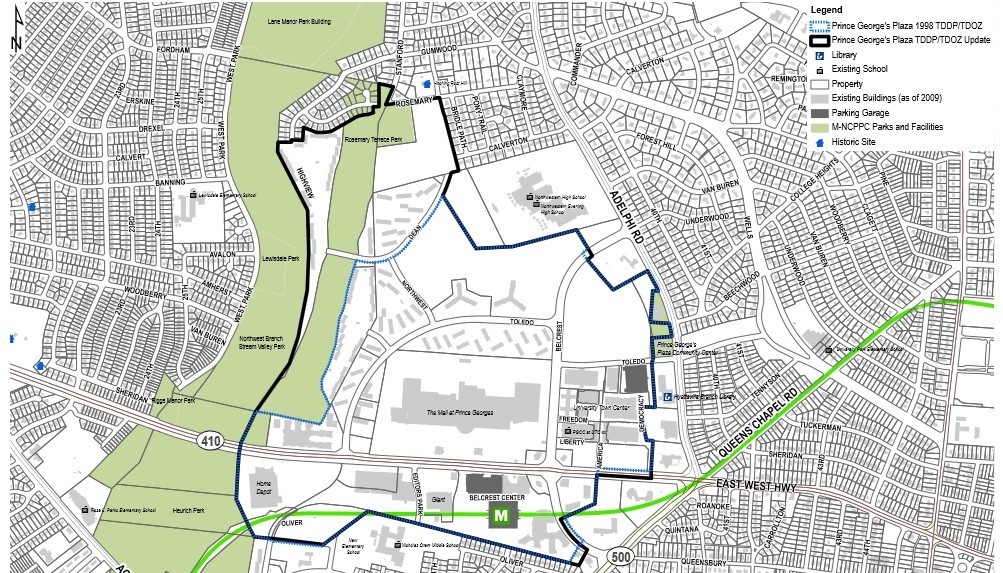 The Prince George's County Planning Department hopes to have a ready-to-print draft plan for the District Council in mid-2015.
Beyond Hyattsville

“A great urban place and new downtown that is walkable and vibrant.”  The Prince George’s County Planning Department says that is part of the vision for the Prince George’s Plaza Metro area in the next 20 years.

The planning department is in the process of updating the 1998 overly zone and development plan around the metro station and the Mall at Prince George’s.

An estimated timeline was given for putting the final touches on the updated plan:

To revise the development plan, the planning department says it is in the process of conducting listening sessions, surveys, interviews, work sessions, and brain storming sessions with the community, property owners, and agencies.

In a June 12 presentation and listening session about the updated plan in University Park, representatives from the planning board summarized the plan’s update.  The Prince George’s Plaza Transit District Overlay Zone would become:

At the listening session, University Park residents broke out into several groups to discuss what their major likes about the area were, their concerns, and their vision for the area.

Residents of University Hills also shared their questions and concerns with planning department representatives in a June 19 listening session.

Planners encourage residents to get involved in the process: