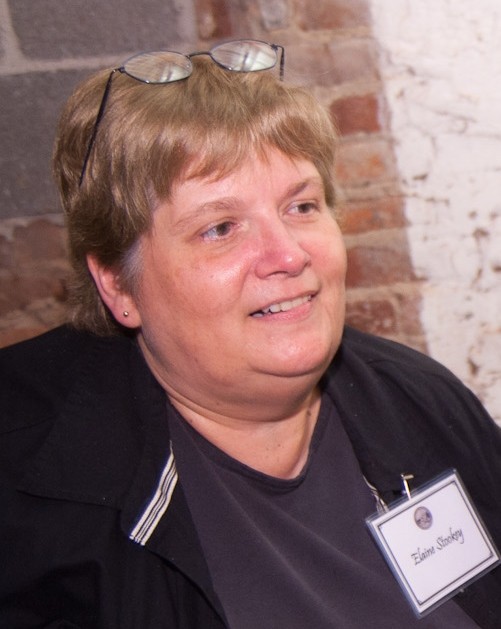 BY SUSIE CURRIE — Two city directors resigned after the Hyattsville City Council called a special meeting to discuss a troubling fact they’d only recently learned: The city is nearly three years behind in its required annual audits.

City Administrator Jerry Schiro’s resignation was accepted during the September 19 meeting, which started with a two-hour closed session. Schiro had given 30 days’ notice; the council then voted to retain his services for an additional 60 days for $21,000.

Hyattsville City Treasurer Elaine Stookey was not present at the meeting, where the public heard  that the city’s audits for fiscal years 2011 and 2012 have not been completed. Stookey submitted a letter of resignation the next day, September 20, that was effective immediately.

Neither she nor Schiro specified a reason for leaving in their resignation letters. Despite repeated attempts, Stookey could not be reached for comment for this story. Schiro, whose one-year contract started in May, said simply: “I came to the conclusion that it was not a good fit.”

He agreed to delay leaving in part to oversee the long-overdue completion of financial reports.

State law requires municipalities to submit results of an independent audit each year by November 1. If they don’t, warns the code, “the Comptroller is authorized to discontinue payment of certain State financial aid” such as income tax and license fees.

Such consequences are rarely — if ever — enforced, said Jim Peck, director of research for the Maryland Municipal League. He has been tracking data for each of the state’s 157 municipalities for decades.

“In my 30 years at MML, I haven’t seen a single instance where state-shared revenues have been withheld from a municipality that failed to file,” said Peck. “It’s likely that [this] penalty has never been imposed.”

However, said Peck, it’s also rare for a city to routinely miss audit deadlines. “I think in 2011, there were half a dozen that were late filing, and that was quite unusual. It’s usually two or three.”

Hyattsville is no stranger to that short list. When Stookey started in 2010, she was the third treasurer in three years. At that time, the city had not filed audits for fiscal years 2009 or 2010, according to the Maryland Department of Legislative Services (DLS).

Stookey filed them in May 2011 and July 2012, respectively. The city’s financial reports from those years show that auditors from the Bethesda-based Reznick Group, which will be conducting the remaining audits as well, concluded that the city’s “financial statements are free of material misstatement.”

Councilmembers and staff say that Stookey’s statements about the progress of the 2011 audit were misleading at best.

“Typically, I would ask about the audits during the quarterly reports [from staff to council],” said Council President Candace Hollingsworth (Ward 1). “And we were always told they were in progress.”

But in August, the council learned just how overdue the reports were. Members discussed it in closed session during their August 5 meeting, according to a letter Mayor Marc Tartaro sent to the state’s Office of Legislative Audits shortly afterwards, and the treasurer was instructed to prioritize their completion.

Schiro said he learned of the situation at about the same time. Since then, he said, he has discovered that “a good deal of the [necessary] information had not been provided to the audit firm.” Information that had been turned over, he said, was incomplete.

“We don’t know at this point that there was anything untoward going on” by not filing, said Hollingsworth.  “What we know is that we have not met our responsibilities to the state.”

The 2011 audit was due on November 1, 2011, a time that saw an unusually high number of director-level vacancies in the city. City Administrator Gregory Rose had been released from his contract in October of that year, three months early. Assistant City Administrator Vince Jones had left over the summer. The newly created position of human-resources director had not been advertised, much less filled.

In April 2012, Stookey agreed to become acting city administrator while continuing as treasurer. And the November 1 deadline for filing that fiscal year’s audit came and went.

“In hindsight,” said Mayor Marc Tartaro, “I would say that we should have had the treasurer focus on completing the audits, and come up with a different solution for dealing with the vacancies. It was a mistake and I’m sorry.”

Now there are other vacancies to deal with. Both director-level positions have seen high turnover in recent years. Since January 2011, Hyattsville has had four city administrators, two full-time and two acting — most recently, Stookey, who filled both roles for over a year until Schiro started.

Schiro will stay until mid-December to help with the transition to a new city administrator. Both jobs have been posted, and he says he has “every confidence” that his replacement will be on board before he leaves.

In the meantime, Director of Community and Economic Development Jim Chandler was named assistant city administrator, a promotion that came with a salary increase of nearly 45 percent.

To clear the financial backlog, the city has enlisted a second firm, Lindsey + Associates, and drafted Ron Brooks, who had just been hired as the city’s supervisor of contracts, grants and purchasing.

Schiro said that Brooks had an “extensive background” in municipal finance, and that he “has stepped up and agreed to help” get the necessary documents to the Reznick Group.

“Our priority at this juncture is to get the 2011 audit complete,” Schiro said during another special council meeting, on September 25.

At press time, the only 2011 audit that hadn’t been filed was Hyattsville’s, according to the Maryland Department of Legislative Services. Schiro will continue to provide regular updates to the council until the job is complete.