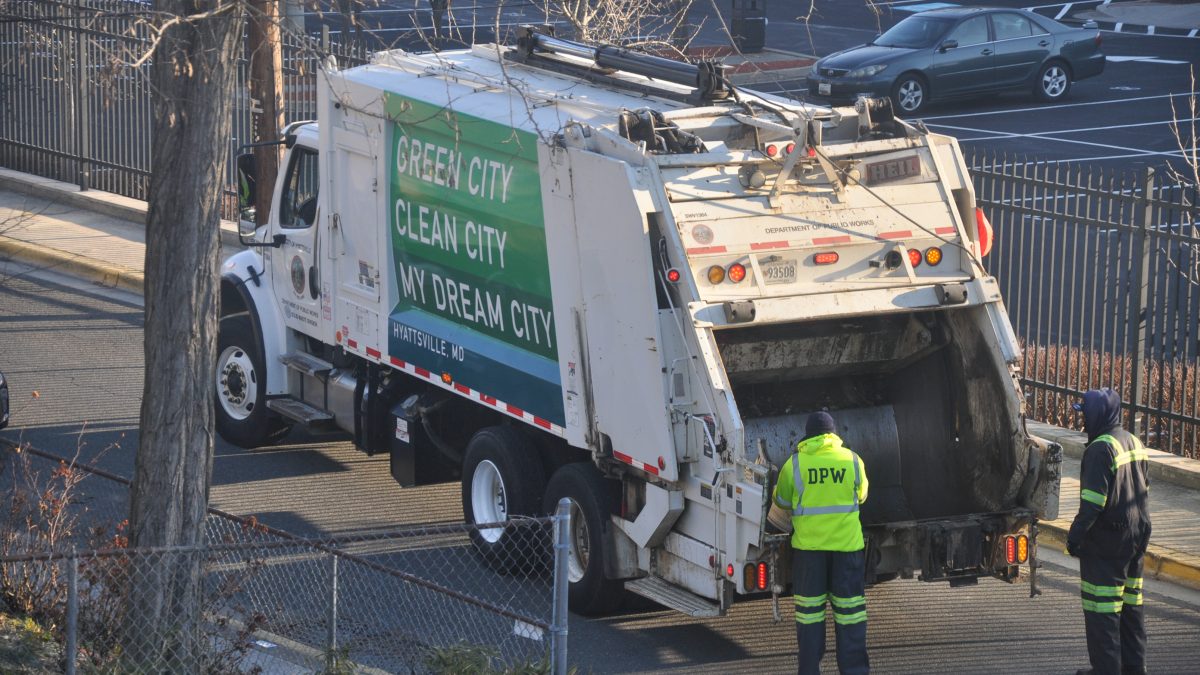 Lesley Riddle, the director of the Public Works Department, presented the city council with a study of Hyattsville’s trash collection during its February 22 meeting.

Hyattsville hired SCS Engineers, a large environmental consulting firm to perform the study in April of 2020 at a cost of $38,000.

A PAYT system would charge households for solid waste collection based on the amount of waste a household produces, creating a financial incentive for consumers to produce less waste.

Kickin it to the curb → Curbside collection operations

The study recommended skipping bulk waste collection at a resident’s home when there are more than five items on the curb.

SCS recommended that electronic items and white goods should be collected as part of the bulk collection and that residents be required to pay a $25 fee for white goods to offset substantial costs of disposal. These materials must be kept separate from trash, which requires that the city use extra equipment and staff. The city pays vendors to prepare and manage materials containing refrigerants and cathode-ray tubes, such as televisions and computers.

For yard waste and compost, SCS said the City should establish a five-bag or bundle limit per collection day to control the time and effort it takes to collect these materials.

Expanding to pick up trash at apartments and condos

Waste from small multi-family properties, usually between two and eight dwelling units, is often collected from carts using rear-loading trash trucks, like those the city uses to collect garbage from single-family homes.

Larger multi-family properties require front-loading trash trucks, which have hydraulic forks on the front to lift dumpsters so their contents fall into the vehicle’s hopper.

A pay-as-you-throw program could reduce waste disposal in Hyattsville between 17 and 41 percent, SCS Engineers estimated.

Households would pay fees based on container size or the number of containers, which could include marked bags or various sized carts.

Since the program would charge more for increased waste disposal, some residents would pay more than others.

Although the program could reduce waste, it could also increase contamination rates in recycling and compostable organics or lead to illegal dumping, SCS Engineers said.

Covid-19 stressed trash collection programs. Public Works director Riddle said in the meeting that she is a fan of pay-as-you-throw, but skeptical of it during the pandemic because people are creating more trash and putting the overflow into recycling.

The science of the city: City’s water woes, explained