HAPPY NEW YEAR! Here is a look at the top 10 most-viewed stories on http://HyattsvilleLife.com from 2015. We’ll have our editor’s top 10 picks later in the week. 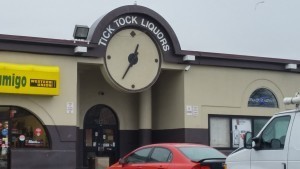 BY REBECCA BENNETT — Local business owners Amrik and Ravinder Melhi received another setback this month when the Prince George’s County Board of License Commissioners revoked the liquor license of an Adelphi restaurant, The Golden Bull, which they allegedly control.  Last August, the board ordered their business, Tick Tock Liquors in Langley Park, to stop selling alcohol.

At Tick Tock, located at 1820 University Boulevard East, a handwritten sign on the door says, “We close,” even though the website still lists store hours as 7 a.m. to midnight.  READ MORE

BY CAROLINE SELLE — On the evening of June 24, Hyattsville police (HCPD) and the city’s volunteer fire department (HVFD) responded to a call at a home on the 3500 block of Madison St. in West Hyattsville. Inside the house, officials found two dead bodies.

“A family member was concerned, hadn’t heard from his mom or dad in about a week. He came over to check on their welfare and couldn’t get in,” said HCPD Lt. Chris Purvis. After trying the front and back doors, the son called for assistance. Police and firefighters responded, and once on scene, the fire department was able to gain entry.

BY REBECCA BENNETT — Updated at 11:02 p.m. Four people are reported to be dead, including one a child, after a crash in the 2600 block of Chillum Road near 21st Place a few blocks away from Queens Chapel Road. The incident occurred at approximately 5 p.m. 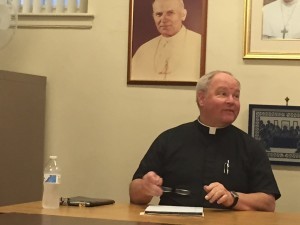 BY CHRIS MCMANES — A teary-eyed Rev. James M. Stack announced May 19 that he is leaving as pastor of St. Jerome Catholic Church. His announcement, at the end of a Parish Council meeting, left some members in stunned silence.

Cardinal Donald Wuerl, archbishop of the Archdiocese of Washington, has assigned Stack to St. Anthony’s in North Beach, effective July 1. He will replace Rev. David P. Russell, who is retiring. READ MORE

BY REBECCA BENNETT — A thief stole a tow truck from a repair shop just outside the City of Hyattsville, according to the Hyattsville City Police Department (HCPD), and then crashed into the greenhouse of the former Marché Florist, which is the future home of the arts non-profit Art Works.

While responding to a call in the 4800 block of Rhode Island Avenue for an assault in progress at approximately 2:55 p.m., police said they saw the truck had crashed into the side of the building.  The thief fled the scene of the crash, according to HCPD, and was apprehended on the alternate Route 1 bridge.  The two incidents were related, police said. READ MORE

BY REBECCA BENNETT — According to the Hyattsville City Police Department (HCPD), an 85-year-old woman was the driver who crashed into the front doors of Target at the Mall at Prince Georges on Wednesday, Sept. 16.  The incident happened at approximately 2:46 p.m., police said.

The University Park resident, according to HCPD, became disoriented and applied the accelerator when she attempted to apply the brake.

“She drove over a steal barrier, through the glass doors and into the area near the Pizza Hut Express,” HCPD Spokesperson Lt. Chris Purvis said in a statement. READ MORE

ALSO: Read about all of the other cars that crashed into buildings in 2015

7. Is Hyattsville the next Hollywood? Behind the scenes of a local film

BY JACKITA D. BASS — With controversial films such as the Interview and Selma in the news, the short film All is Calm has its controversial bases in Hyattsville.  All is Calm was filmed in the Arts District in five hours on a cold Sunday night in December.  A Christmas card of sorts, the seven-minute film has themes straight out of the nation’s headlines—racial profiling and police and community relations but the underlying message is that there is good in all of us.

Francis Abbey, a DeMatha Catholic High School and University of Maryland graduate, wrote the script in less than seven hours and filmed the short story in even less time.  Usually producing short romantic comedies as holiday “cards” for his fans, Abbey said he was moved by recent events like the civil unrest in Ferguson and the picture of an Oregon police officer receiving an embrace from a 12-year-old boy carrying a free hug sign.  Abbey said he wanted to show that good people far outweigh the bad people and share a plea for calm.  READ MORE 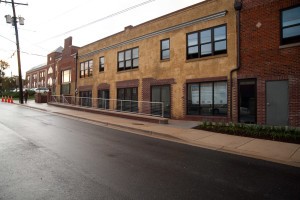 BY ANDREW MARDER — Pyramid Atlantic, an arts center located in Silver Spring, will be moving to Hyattsville. On May 4, the Hyattsville City Council unanimously approved its 25-year lease on the Arcade Building, located at 4318 Gallatin Street.

According to city documents, Hyattsville agreed to provide $200,000 for structural improvements to the Arcade and Pyramid Atlantic agreed to repay that sum with interest over the course of its lease, at which point it will have the option to purchase the building from the city. Pyramid Atlantic has until Nov. 2016 to build-out and occupy the Arcade. Once the initial renovations are complete, the center has agreed to assume all maintenance costs for the lease’s duration. The city will review any permanent changes Pyramid makes, according to Community Development Director and Assistant City Administrator Jim Chandler. READ MORE

BY CAROLINE SELLE — Thornton Boone is the new acting principal for Hyattsville Middle School and is expected to be confirmed as principal for the new school year. A veteran of the Prince George’s County School System, Boone graduated from the county’s schools and has been an educator for 19 years.

In a July 20 letter to the community, Boone wrote, “My vision is to provide the leadership that will facilitate a positive school environment to provide rigorous instruction to meet the needs of each student.” READ MORE

10. College Park will be home to Franklin’s Grill and Oyster Bar

The new Franklin’s Grill and Oyster Bar will feature local seafood and steaks, an in-house bakery, live oyster bar, top-shelf mixed-drink menu, 24 wines by the glass and as many beers on tap. Situated at the base of a $120 million hotel development, the restaurant will be flanked by a Red Door Spa, Bagels ‘n Grinds, and Potomac Pizza: all part of a vision to rejuvenate the University of Maryland’s immediate vicinity.

Is the city in violation of its own charter installing new sidewalks in University Hills?

At Home in Hyattsville: Lionel Harrell: A veteran in service to other veterans