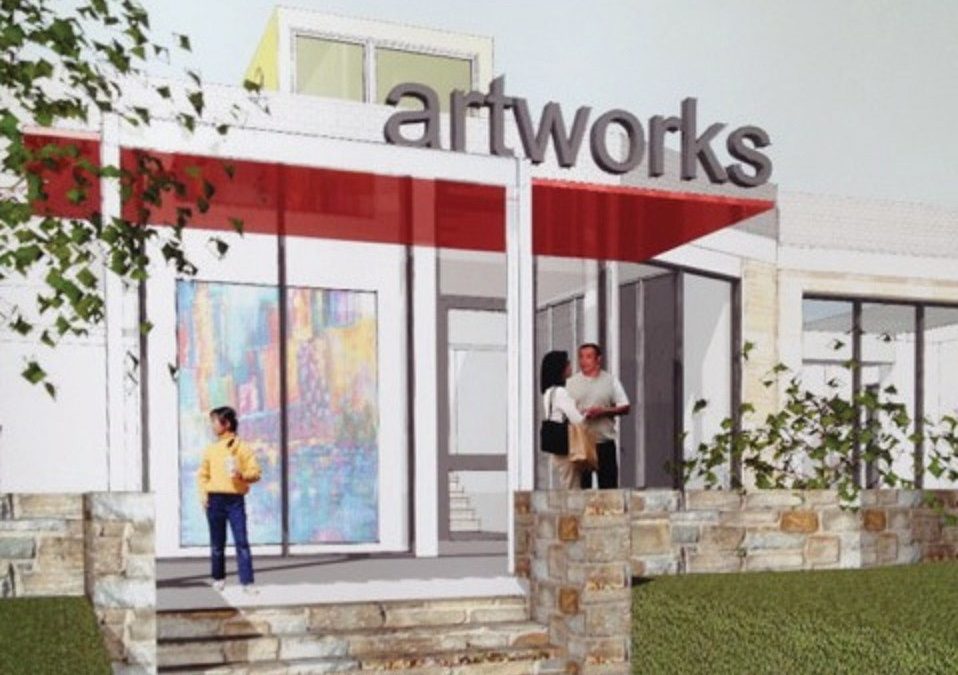 HAPPY HOLIDAYS! The Hyattsville Life & Times staff is taking a short break during the holidays. During this time, we will keep up with breaking news and catch up on some of the stories we wanted to share with you, such as the City of Hyattsville volunteer banquet, and a throwback photo to hanging lights in Hyattsville. Few email alerts will go out during this time. We will reconnect with you as the New Year approaches.

In lieu of our daily grind, take a look back at the most viewed web stories of 2014, sort of, as we only started publishing to http://HyattsvilleLife.com in June. We’ll have our editor’s top 10 picks later in the week.

1. Hyattsville resident Richard A. Welch Sr. is person of interest in 1975 disappearance of Lyon sisters

BY REBECCA BENNETT – In a joint afternoon press conference between authorities in Montgomery and Bedford Counties, police named Hyattsville resident Richard Allen Welch Sr. as a person of interest in the 1975 disappearance of Katherine (10) and Sheila (12) Lyon from the Wheaton Mall.

In Bedford County on October 2, police announced they believe Welch was employed as a security guard near the mall during the period when the girls disappeared. Authorities declined to comment further, but did say that Montgomery County and Bedford Police are working together as part of a joint task force.  READ MORE 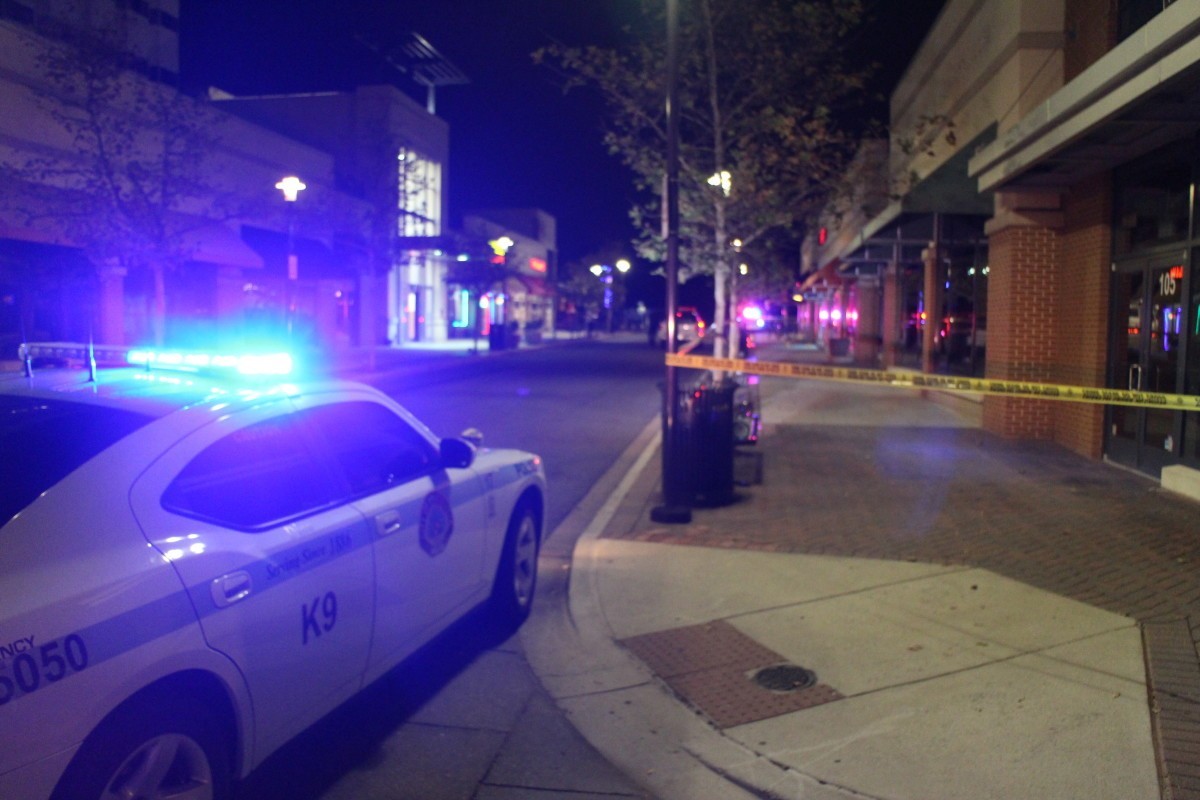 BY CAROLINE SELLE AND CHRIS CURRIE — Updated October 26 at 11:01 p.m. At approximately 8:30 p.m. on Saturday, police received a call for a shooting in the 6400 block of America Boulevard – the restaurant row at University Town Center.  Authorities say the shooter, who struck multiple victims, is currently still at large.

According to Lt. Chris Purvis of the Hyattsville City Police Department (HCPD), the shooter and a group of teens and adults “were involved in a confrontation” inside the Qdoba Mexican Grill. READ MORE

The WSSC has lifted its Boil Water Advisory for Hyattsville and nearby communities following a second consecutive day of testing that found no contamination in water lines affected by the water main break on Tanglewood Drive on Tuesday.

However, the agency issued a series of guidelines for its customers to flush their water lines prior to drinking water straight from the tap: READ MORE

Art Works Now Executive Director Barbara Johnson appeared before the District Council to argue in support of declassifying the building. Johnson said that the designation as a historic site would prevent renovations needed at 4800 Rhode Island Avenue in Hyattsville to make room for for-profit partner Pizzeria Paradiso.

Approximately 50 Art Works Now supporters, many of them wearing the nonprofit’s t-shirts, were present in the audience at the District Council hearing. READ MORE

BY CAROLINE SELLE –  According to the Washington Suburban Sanitary Commission (WSSC), the broken main is repaired.

At 12:30 p.m. on Nov. 24, the Washington Suburban Sanitary Commission (WSSC) sent an alert to area residents informing them of a water main break:

BY REBECCA BENNETT — On August 27, Aimee Condayan of Hyattsville says her nine-year-old son was nearly struck while crossing Jefferson Street in the Arts District. The family was headed towards Elevation Burger from the corner where Busboys and Poets sits.

Condayan says she was holding her four-year-old’s hand when they got the walk sign.  “In what felt like a millisecond, I saw my son step into the street as a large, black SUV flew right toward his path. I froze and screamed my son’s name and the SUV had passed us,” she said.  READ MORE 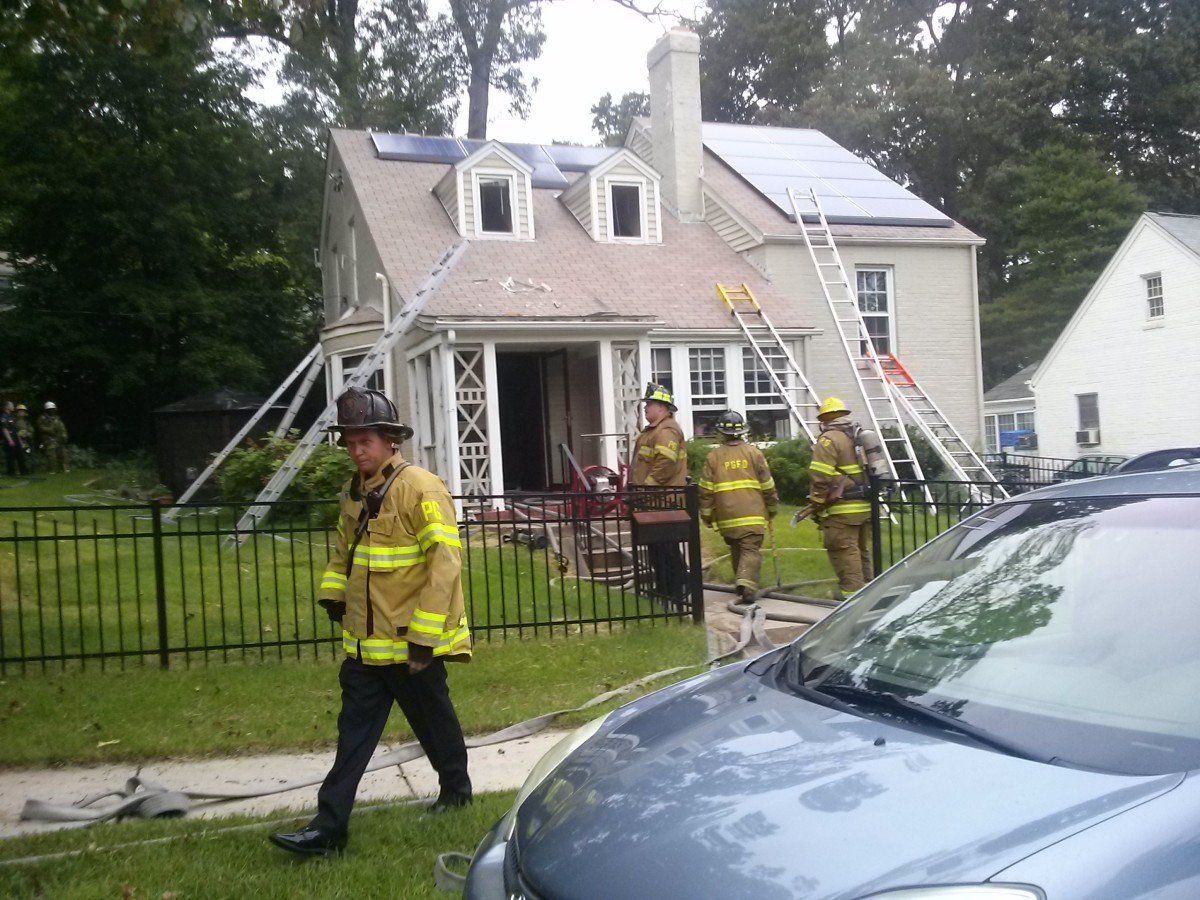 All residents made it out safe. Accordinging to the homeowner, the cause was accidental and was not the result of the solar panels.

The fire was contained at our check at 6:45pm.

In an update from the Hyattsville Volunteer Fire Department: “Engine 1 arrived on the scene with smoke pushing from the eaves and second story windows. The crew quickly advanced the crosslay into the finished attic and attacked the room and contents fire.  READ MORE

BY REBECCA BENNETT — Shots fired in a West Hyattsville residential neighborhood sent two teens to the hospital and left a nearby home riddled with bullets.

According to Hyattsville City Police, a shooting occurred Wednesday evening just before 8:00pm in the 5700 block of 30th Street. Officers say the preliminary investigation indicates three Hispanic males approached three other men ages 15 to 17 as they walked on the sidewalk.

According to police, one of the suspects pulled out a black handgun and fired at the other group of teens. Two of the men were shot, one with multiple gunshot wounds.  They were transported to a local hospital where they underwent surgery, according to authorities.  One victim fled and was not struck. READ MORE

BY REBECCA BENNETT — According to the Hyattsville City Police Department (HCPD), officers responded to a welfare request in the 5800 block of 31st Avenue in West Hyattsville just before 7 p.m. on Sunday, Dec. 14.

When they arrived, officers say they discovered an elderly man and his wife, both described as 90 years old, suffering each from a single gunshot wound to the chest. The man was pronounced dead on the scene, according to police, while his wife was taken to surgery in critical condition.

HCPD says investigators are treating the situation as an attempted murder-suicide and that the investigation is ongoing.  READ MORE 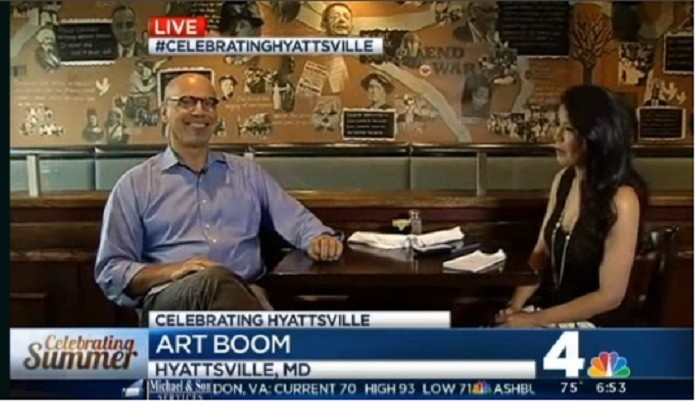 In their “Celebrating Summer” series, NBC4 visited Hyattsville this morning:

Arts and Ales in Hyattsville September 17, 2022