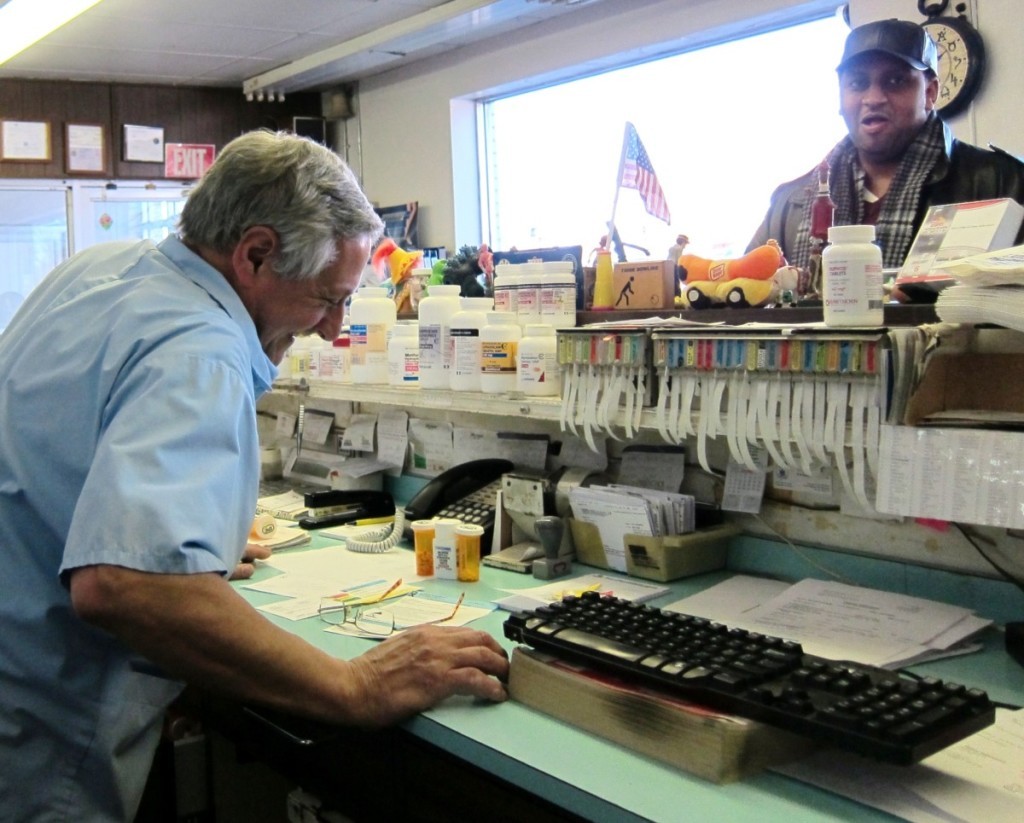 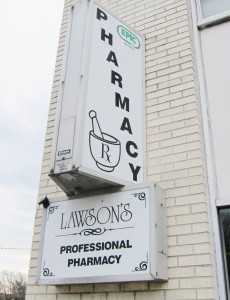 BY SCARLETT SALEM — The pharmacy landscape has changed drastically over the past few decades. Once a personalized service provided by independent retailers, it is now dominated by chain stores. They offer a one-stop shopping experience: buy your groceries, pick up your prescription and – in pre-digital camera days – get your pictures developed, all in the same store.

Now, independent pharmacies are few and far between, as more people choose convenience over personalized attention. But at what cost?

Richard Sabatelli has owned one of the area’s last non-chain drugstores, Lawson’s Pharmacy at 3415 Hamilton Street, for 29 years.

With the demise of the independent pharmacy, he said, familiarity has been sacrificed for convenience.

“On our worst day, we are still better than [chains],” he maintains. “The people are more family than they are customers. Because you have been with them for 29 years, you get to know them. It makes for an entirely different atmosphere.”

In 1925, the original “Doc” Lawson came over from Germany, where he was a physician. When he wasn’t allowed to practice medicine in the U.S., he decided to open a pharmacy in Cottage City, the first in Prince George’s County. It moved to Route 1 near DeMatha High School before settling into its current West Hyattsville location in the early 1960s.

Sabatelli, who lives in Laurel, began his pharmacy career as intern at Read’s Drug Store (now Rite Aid) and went on to work at People’s Drug (now CVS) for about six years.

During a job-hunt in 1983, he got a call from an interviewer he had met the previous day. The man suggested that Sabatelli consider running his own shop, and gave him the number of a store that had been recently been on the lookout for buyers.

“I feel indebted to the Lawsons because out of the 10 people that bid on the store, they picked me,” said Sabatelli. “I was very honored and very lucky … I’ve tried to continue their legacy.”

Looking at the exterior of the building that houses the pharmacy, it looks like not much has changed since he bought it. But once inside, you can understand why customers are so fond of it.

Patron Helen Knowles said, “One of the many reasons I like Lawson’s Pharmacy is the hometown feel. Richard is interested in his customers, and keeps up-to-date with what’s going on in our family.”

Another regular, Jonathan Alexander, said, “I feel like I am connected to and supporting the anti-big-box, family-owned-and-operated business when I walk in.”

It differs from chains in other ways, too. According to Sabatelli, wait times there are much shorter than at a chain pharmacy, especially if customers call ahead. “And if we don’t have something, then I will call and tell you, because that’s what I would want,” he said.

Also, you won’t find many golden retrievers behind the counter at Walgreens. (Buddy, a fixture in the pharmacy, is the third.) And Sabatelli will deliver, for a $3 fee, to those in the immediate area who don’t have a way to get to the store.

He says the biggest challenge of owning an independent pharmacy is the common perception that prices are higher.

“A lot of people [think] that if you’re an independent pharmacy your prices are higher, which is not the case. You might sell [over-the-counter drugs] at a higher price … but with insurance plans, you’ll pay the same co-pay [for prescription drugs] no matter where you go.”

Since the Safeway Pharmacy next door closed in December, he has been getting “2 or 3” new customers a day from there.

“It’s been a good run and it looks like it’s going to get a bit better,” he said. “Hopefully there is another Mr. Lawson out there who can take my place someday. My goal is to make sure this place makes it to 100 years.”

County to kids: Wait to skate

Nature Nearby: A little smelly start to spring