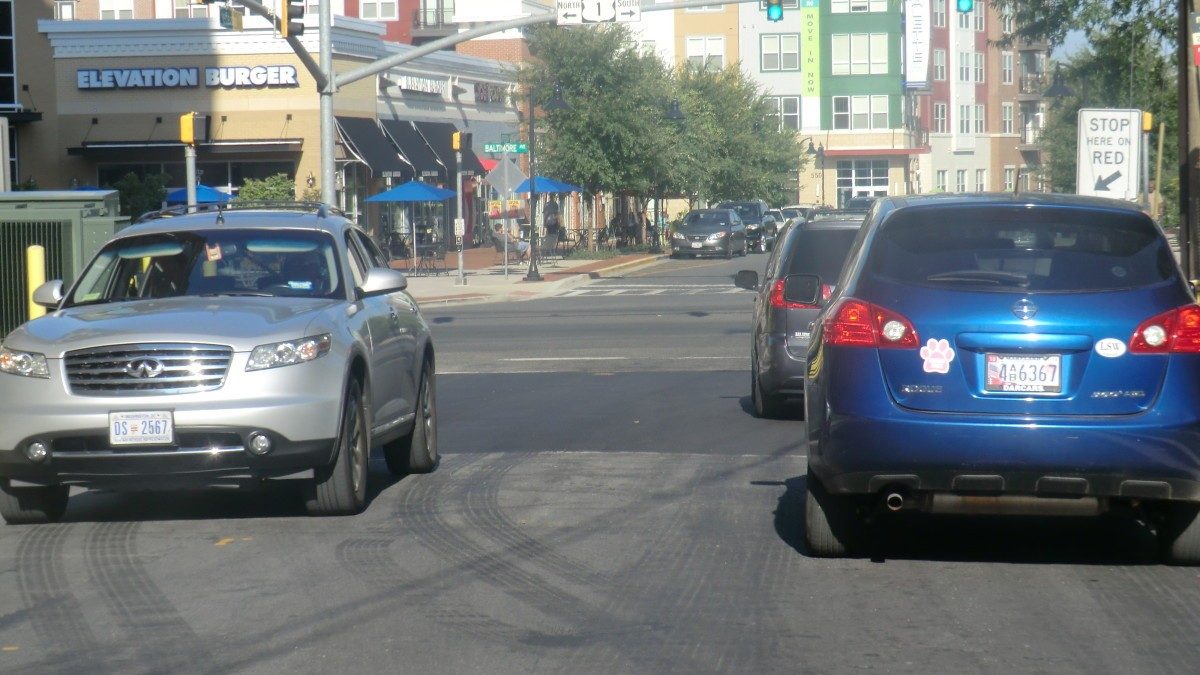 White plastic bollards at some intersections along Jefferson Street are drawing mixed reactions from Hyattsville residents.

Multiple residents wrote into the H.O.P.E. [Hyattsville Organization for a Positive Environment] email group to say the traffic calming devices are ugly. Some said the devices make turning difficult.

Other residents expressed appreciation for the bollards, citing pedestrian safety and the reduced speed at which cars drive. Many residents said that the ugliness was a small price to pay for the increase in safety.

A petition circulated last year requesting traffic calming devices for the 3900 block of Jefferson Street. The petition cited multiple car accidents along this stretch, including one at high speed.

Councilmember Robert Croslin (Ward 2) in a March 21 email to H.O.P.E. that the devices were a test from the department of public works. “[They are] there temporarily to determine what changes could be considered to slow the traffic.”

The newly installed bollards extend into the roadway, narrowing the street and encouraging cars to slow down. They are installed at the intersections of Jefferson Street and 39th and 40th Avenues.

“I am delighted and relieved to see a real calming device there,” wrote Hyattsville resident Lissa Bell in a March 21 email. Bell says she regularly bikes through the intersection of Jefferson Street and 40th Avenue and feels it is a very dangerous intersection.

Danny Schaible, who is also councilmember for Ward 2, lives near one of the intersections where the bollards have been installed. He stressed in a March 20 email that the bollards are temporary. “Long-term solutions for traffic calming in this area may include a ‘speed table’ at the intersection, a mid-block speed hump, and possible adjustments to the curb alignment to narrow the road prism, which typically results in motorists traveling at reduced speeds,” he wrote.

Schaible said the Toole Design Group has been hired to develop traffic calming strategies for the length of Jefferson Street.

“Before [any] permanent actions are taken, I have been promised that a public meeting will be held,” he added in a March 23 follow-up email.

Auntie Diluviana: Navigating the world of online books, with help from library