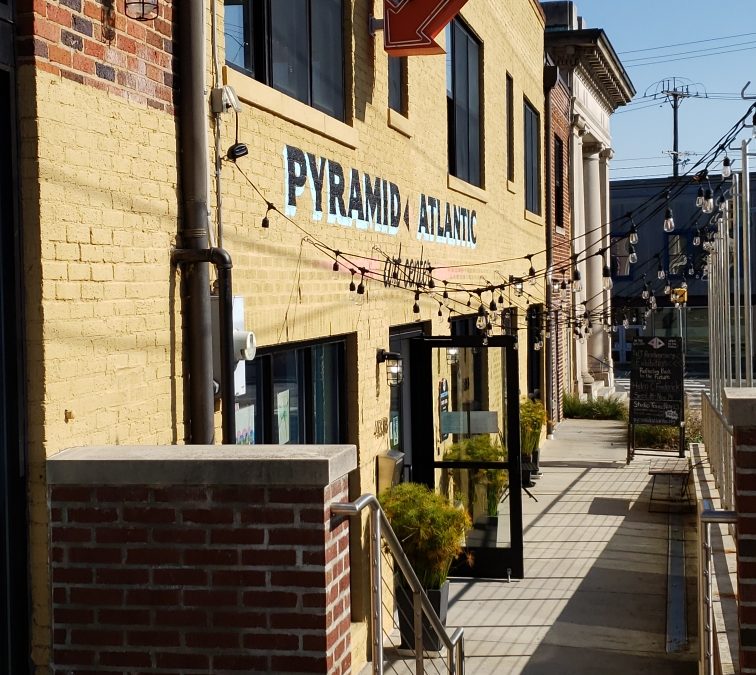 Hyattsville resident Jacqueline Herrera and Lanham resident Jason Reyes, both of whom are 18-year-old rising freshmen at the University of Maryland, also participated in the project. According to the M-NCPPC website, Hamilton, Herrara and Reyes are of Caribbean, Peruvian and Salvadoran heritage, respectively.

In describing the artwork on the M-NCPPC website, the students wrote that they reflected on the role art played in the colonial history of the Americas. They also sought to highlight different cultures that contribute to the diversity of the Latinx and Hispanic story in America.

“The imagery in our design is a mixture of different elements meant to highlight our distinct races, in particular, our black and native ties,” they noted.

Teaching artist Edgar Reyes guided the students in creating art speaking to this month’s theme, “Esperanza: A Celebration of Hispanic Heritage and Hope.” The design they created is based on the concept of building a sustainable future inclusive of Indigenous traditions and stewardship.

“Students really enjoyed discovering how artists use their work to share their own narratives and to advocate for positive change in their community,” said Reyes, who earned his Master of Fine Arts from Maryland Institute College of Art.

Sixteen-year-old Hamilton, the youngest team member, was grateful for the guidance of Reyes and assistant teacher Kaisa Nichols-Russel during the project, especially as it was her first time exploring screen printing.

“I really enjoyed how much freedom we had as … students and new artists, and just collaborating with other artists in the area, and, of course, the artists who came in every week … who took their time to come in to see us, show us their work,” Hamilton said. “I think what made the experience so much better is having mentors who don’t hover over you.”

As a young girl, Hamilton drew anime characters from shows she watched for fun. While in the county’s creative and performing arts program at Hyattsville Middle School, she would draw portraits of her family members and explore different art styles, according to Shamar Renaldo Vincent Talbot, Hamilton’s older brother.

“It’s been so great seeing her do something that she loves and also learn about herself as continues her art career as a young adult,” he said.

Talbot was completely confident in his sister’s ability to succeed in the Pyramid Atlantic internship.

“There was no doubt that she would get the internship,” he said. “So when she told me she was accepted, I was so proud of her: that she was going to be able to do something she loves, get paid and be able to learn more to progress her skills.”

Shreya Vuttaluru is an intern with Streetcar Suburbs Publishing.   Melena Dinenna also contributed to this article.