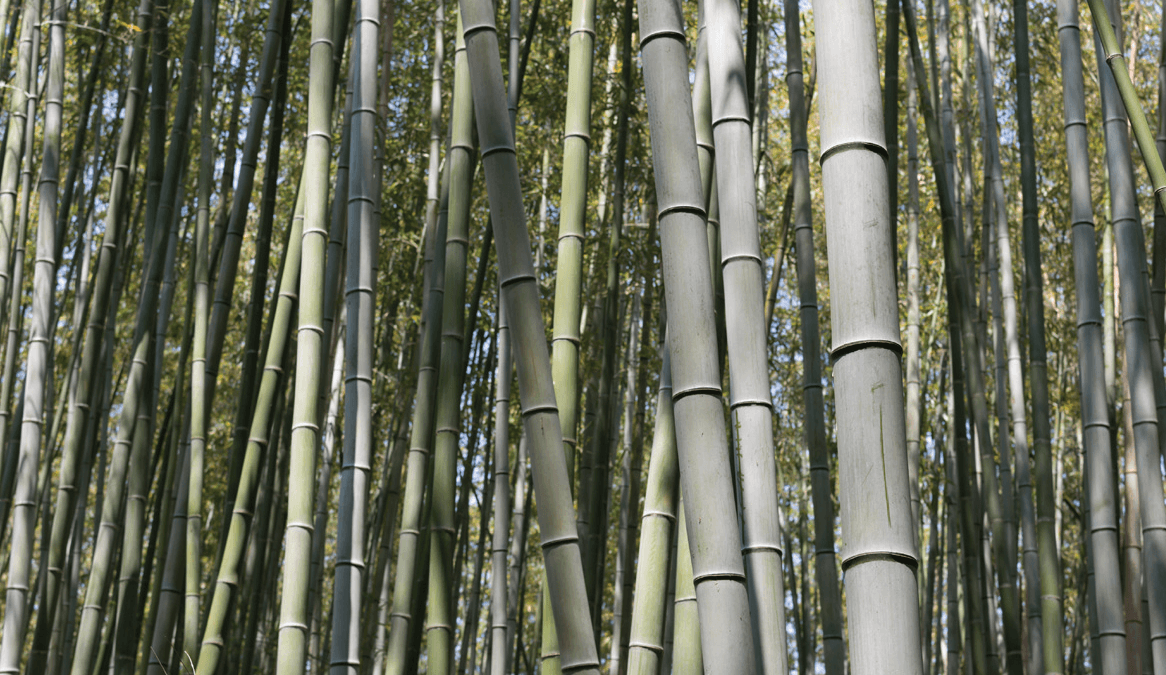 Japanese stilt grass looks like bamboo but is easier to remove from yards.
Lifestyle

I read with great interest your answer to Maddened on Madison Street because I have been plagued with porcelainberry too. I now wonder why you didn’t mention invasive grasses. All kinds of lawn grasses try to get into my flower beds and I have to weed weekly. That’s bad enough, but now I find myself ripping up something new and really aggressive: a grass that mimics young bamboo. I don’t think it is bamboo because it isn’t hard to pull out, but it spreads so quickly and thickly that I am alarmed. Do you know what it is and what to do about it? I hope I don’t need to use an herbicide, which might kill my flowers.

The bad news is that you are contending with Japanese stilt grass, which is an invasive exotic plant of great concern to the Friends of Magruder Park and the Prince George’s County Park Service. This grass has been taking over forested areas in 26 states because deer won’t eat it and it chokes out the native grasses. It spreads by means of seeds that attach themselves to the shoes and clothing of hikers, and of course our avian friends do much to distribute it.

It came to the United States from China (not Japan) in 1919, used as a packing material for porcelain sent to Tennessee. It has moved up to Maryland, and is now the Hyattsville area. You are right that it is not bamboo. It looks different from other grasses that have bamboo-like leaves because of its stilt-like central stem and a silver stripe in the middle of each leaf. It grows only 2 to 3 feet tall but is very good at strangling out anything trying to grow near it.

The good news is that there is no need to go herbicidal.  As you noted, this grass is shallow-rooted and can be weeded out of your flower and vegetable beds. Also, it is an annual and you can prevent its return next year if you pull it up before it goes to seed. Now is the perfect time to eradicate it, because it goes to seed in late summer and fall. Look for it in your lawn and mow it now. If it has gone to seed already, pull it up and bag it very carefully and dispose of it in your garbage. Don’t add it to your compost pile.

Good news also comes from our Park Service resource, Ranger Marc. He tells me that a bio control is in effect and that if you notice brown spots on your Japanese stilt grass, it’s working. The fungus being used to combat this grass should not affect your flowers. If you or any other reader sees Japanese stilt grass with brown spots, please report it to USDA Research Plant Pathologist William Bruckart at william.bruckart@ars.usda.gov or 301.619.2846.

Ranger Marc also asks that you and other readers keep an eye out for another encroaching menace: wavyleaf basketgrass. While he has not seen it in Magruder Park yet, he knows this enemy is at our gates. It was first spotted in Maryland in Patapsco Valley State Park in 1996 and has cut quite a swath in our direction. It also resembles bamboo, though quite low growing,  and is originally from southeast Asia. I don’t know how it got here, but I am appalled to see online entries from people actually trying to acquire it as a houseplant! It is of course beautiful, especially the rippling leaves that give it its name. If you suspect you have seen it, please contact Ranger Marc at once at Marc.Imlay@pgparks.com.

The Hyattsville Horticultural Society will not meet in September but will reconvene on Saturday, October 19, at the home of Joe Buriel and Dave Roeder at 3909 Longfellow Street. After a brief meeting at 10 a.m., there will be light refreshments and a plant exchange. While it may seem a golden opportunity to divest yourself of some porcelainberry and Japanese stilt grass, please resist the temptation.

Postcards from the Past: What Hyattsville was like 45 years ago

Pride and Prejudice — and Coffee