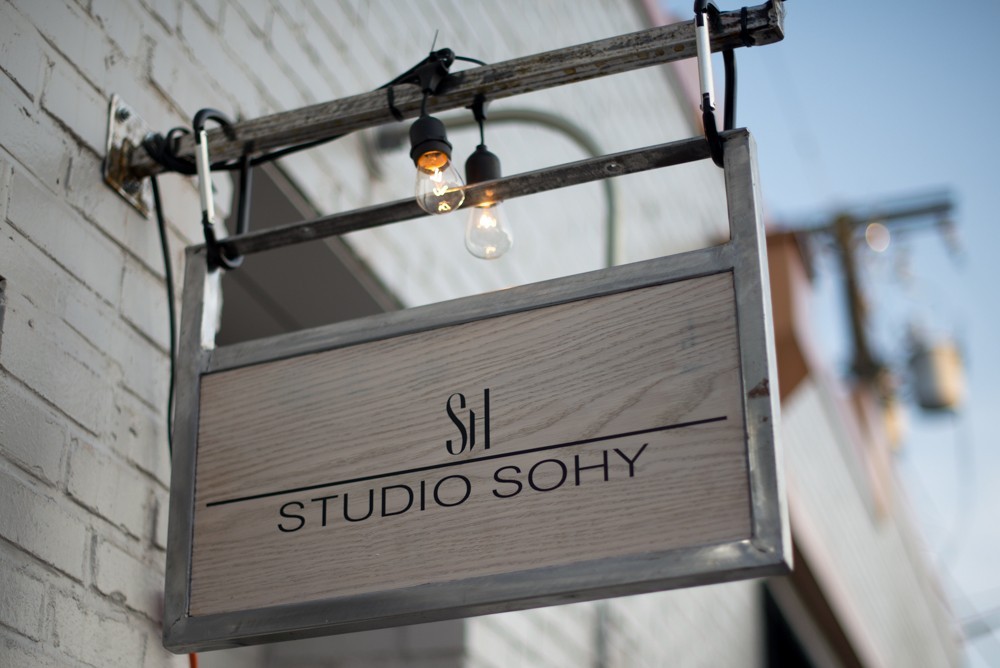 BY ANDREW MARDER — Hyattsville’s newest art space, Studio SoHy, opened on March 21 with its first show, Urban Canopy. The studio is located at 4327 Gallatin Street, with the main gallery in the common area between Vigilante Coffee and Green Owl Design.

The evening began with artists and local residents mingling over light drinks and snacks, taking in the new space and the displays. Local artists Chris Suspect, Kathleen Geldard, Bronwyn King, and Christine Monaco all displayed work.

A crowd of close to 200 lingered in front of the art and tapped their feet to music from The Wild Anacostias, a Hyattsville-based Louisiana-style party band. Weather was on the studio’s side, with relatively few clouds and highs near 60 degrees.


Vigilante served coffee with its bay doors open, and children ran up and down Church Street, stopping to take a handful of goldfish crackers out of a large fish bowl. As the sun set, the live music drew people inside for a better view of the band.

The name Studio SoHy (short for South Hyattsville) is part of a larger attempt to give more character and definition to the southern end of the city. While the Arts District has felt cohesive for years, the area south of Hamilton Street along Route 1 has been largely defined by Franklin’s and the Hyattsville Municipal Building. With more businesses opening nearby, locals are hopeful that it can take on character of its own.


The show’s urban theme highlighted the beauty in everyday metropolitan landscapes. Photos from Suspect featured architectural scenes and snippets of urban life across the country, while King’s paintings displayed the paradoxically colorful and desolate nature of gas stations.

Pieces from Geldard, meanwhile, focused on the confluence of nature and the urban landscape. Abandoned cars were slowly reclaimed by wilderness and animals are overlaid on the night sky, resembling constellations. Monaco’s abstraction of nature recalled the urban world reflected in the puddles along Route 1.

The Gallatin Street space has already hosted meetings, conferences, and musical events, but the launch of Studio SoHy marks its first permanent art project. Building owner Daniel Simon was impressed with the turnout and said he hoped that the event would lead to more people making use of the former Palmer Ford building.

The show runs through July 31 and is open to the public.