BY DAVID L. LEVY — Every other weekend at St. Matthew’s Episcopal Church in Hyattsville, the day school turns into the Parenting Time Center. It offers neutral ground where parents who are separated, divorced or never married – and who are having problems with each other that reach the courts – can meet. Instead of hanging up phones or slamming doors, they can peacefully transfer the child in the presence of trained supervisors. 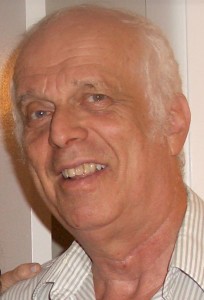 The center at St. Matthew’s, which is located at 5901 36th Avenue, is one of two county locations operated by the Children’s Rights Council, a national nonprofit child advocacy organization based in Lanham. It alternates weekends with a CRC center at a church in Brandywine.

The transfers and supervisions are free to parents; they are paid for by the Prince George’s County Circuit Court under a contract with CRC. Anyone who resides in the county or has a court case in the county is eligible to use the center.

In cases where there is abuse, neglect, or fear of parental flight with the child, the court will not allow a parent to take the child home for the weekend. Rather, there will be “supervised visitation” at the Parenting Time Center on Saturday mornings. The court will authorize a parent to have either two or four hours, from 9 to 11 a.m., 11 a.m. to 1 p.m., or the entire four-hour period from 9 to 1, to be with their child.

St. Matthew’s operates a child care center during the week, and rooms with child-sized chairs and tables are available on Saturday mornings.  Most children who use the Parenting Time Center are between 3 and 8 years old. Trained staff people monitor the supervisions and transfers. Most training occurs at the CRC national office in Lanham, but on-the-job training occurs at the church.

Churches are selected by CRC because houses of worship can encourage cooperation and calmness. Nevertheless, the Circuit Court requires that CRC hire armed officers to guard the centers. Maryland is one of only 12 sole-mother custody states in the U.S. – that is, states where mothers are highly favored to receive sole custody – and where joint custody is rarely if ever assigned by a court without the consent of the mother.

However, of the mothers who are not awarded custody, a substantial number are assigned to utilize the centers in order to see their children. This appears to be because high conflict can affect both mothers and fathers. Without these centers, some parents might go weeks or months without seeing their children.

The happiest moments come when a child who has not seen a father or mother in a while leaps into the parent’s arms as soon as they spot each other. That love and affection is at the core of the entire enterprise. The welfare of children is at the heart of these Parenting Time Center.

Attorney David L. Levy, who has lived in Hyattsville since 1980, is President Emeritus of the Children’s Rights Council. He provides custody consulting and supervised visitation. [Ed. note: Levy died in December 2014.]