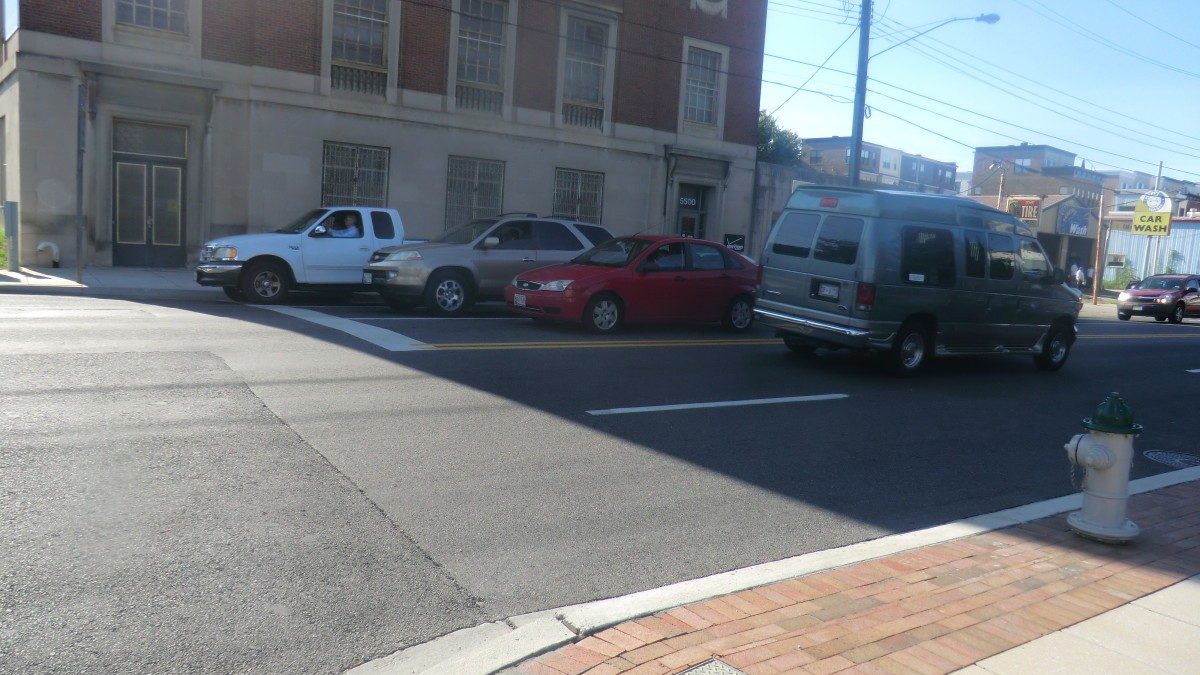 The Maryland State Highway Administration said it plans to add a crosswalk to the north side of Baltimore Avenue and Jefferson Street, as well as a left turn signal. Photo courtesy Rebecca Bennett.
Hyattsville

BY REBECCA BENNETT — In August, Hyattsville resident Aimee Condayan said her family had a close encounter with a car turning left into the Shoppes at Arts District. She encouraged other residents to request the Maryland State Highway Administration (SHA) improve the intersection of Baltimore Avenue and Jefferson Street.

In a letter to state and local officials, SHA said they reviewed the area and determined:

As part of the evaluation, several factors such as traffic volumes, pedestrian volumes, police-reported crash history, prevailing speeds, roadway geometry, sight distances were considered. Field observations and traffic analysis revealed the challenges of turning left from southbound US 1 onto Jefferson Street.  Additionally, pedestrian activity at the intersection on all legs was found to be significant.

A left turn signal southbound on Baltimore Avenue turning into the shopping center is warranted, according to SHA. Other planned improvements include an additional pedestrian crosswalk on the north side of the intersection, a countdown and audible pedestrian signal, and a leading pedestrian interval that will allow pedestrians to begin crossing before the light turns green.

Improvements, according to SHA, are expected to be implemented in the next 12 months.

UPDATE: Politics and Prose bookstore coming to Busboys and Poets in Hyattsville