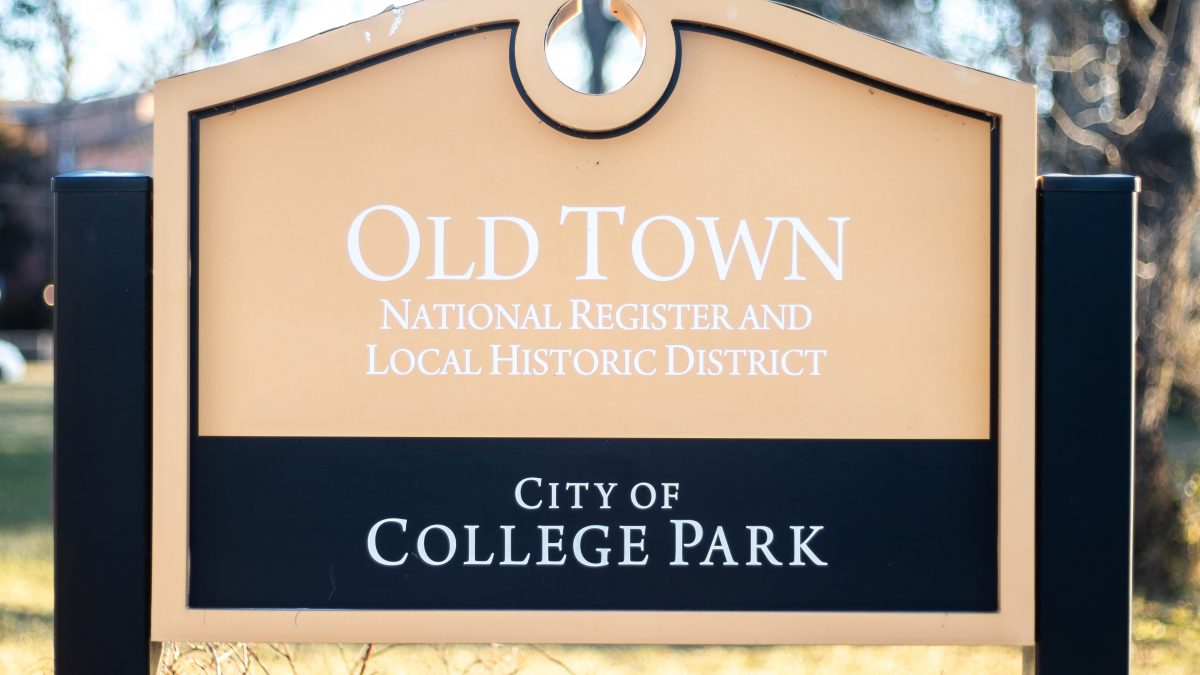 This month, we are shining a spotlight into the center of College Park’s Old Town. Nestled between Calvert Road on the south, Rossborough Lane to the north, Route 1 to the west and the B&O/CSX railroad tracks to the east, this historic neighborhood is home to the Old Town College Park Civic Association (OTCPCA), led by Kathy Bryant, who serves as president.

The association meets in person only when issues arise that prompt a community discussion. “People are overloaded,” Bryant explained, citing this as the reason for infrequent meetings. The group hosts a listserv, though, which connects people in much the same way as a meeting could. “It is an effective solution to a lot of problems, without regularly setting aside time for a regular meeting,” Bryant noted.

Bryant also explained that the association’s primary focus is to “bring attention to something in the neighborhood that needs attention.” A few years ago, for example, there were complaints about noise in the neighborhood. On behalf of the association, Bryant reached out to Scott Somers, who was city manager at the time, and he addressed this issue with the city council. The council followed through and approved noise restrictions, which have resulted in a quieter neighborhood.

Bryant also said that the association is working to build a better relationship with the University of Maryland, in hopes of fostering goodwill between the Old Town neighborhood and the student community. She has established a relationship with university leaders and attends selected events sponsored by the College Park City-University Partnership.

Bob and Billie Schnabel founded the group in September 1978. Then called the Old Town College Park Preservation Association, the organization published a monthly newsletter in support of recognizing Old Town as a historic district. The neighborhood had been designated in 1889.

In 2008, Prince George’s County recognized the neighborhood as a historic district, one of four in the county. Resident Stephanie Stullich, who spearheaded the effort for this designation, said, “The design guidelines created for the historic district have been a big help in making infill development more attractive and of a higher-quality than what was getting built before.” Most recently, the group supported the development of Howard Lane, a new street in Old Town, which was profiled in the December 2020 issue of the College Park Here & Now. While many College Park streets are named after universities, Howard Lane is the first street in the city to be named after a historically Black university.

If you live in Old Town and want to learn more about the association or be added to the listserv, contact Kathy Bryant at kbryant20740@yahoo.com.

My Two Cents: We don’t want to miss this bus

Zero Waste of Time: when recycling is not enough