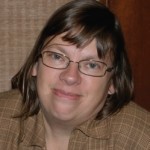 BY ROSANNA LANDIS WEAVER — We essentially lost the Hyattsville Patch last month.  This wasn’t major news the way the closing of a newspaper once may have been: No printing presses stopped running, no typesetters were laid off. It comes as news to no one that the world of journalism has changed. Patch existed purely online, part of a conglomerate owned by AOL, and still exists in a weaker fashion.

What happened when AOL moved money away from the Hyattsville Patch was that the city lost a committed journalist: Michael Theis could regularly be seen at every City Council meetings. We’re happy to know that he will become online editor of the Austin Business Journal in Texas, but their gain is our loss.

This seems like a good opportunity to remind our readers about how we exist: the Hyattsville Life & Times, now approaching 10 years in service,  is a nonprofit. This might be the only way for print journalism to survive in this day and age.  The city of Hyattsville pays us some money because we include (and design) some important city notices.  We also rely on revenue from advertising. Our nonprofit status limits how much money we can make that way, but we don’t get close to that limit, so please do consider advertising.

We are exploring a new potential form of revenue: paid subscriptions for former Hyattsville residents or those who live outside the city limits but would like to support and follow us.  If you are interested in this, subscribe here.

The major reason we can still exist as an actual print newspaper is that the stipends the small staff receives are fairly negligible. I joke that if I did the calculations I expect I am paid less per hour for this job than I did for high school jobs. It is considerably lower than the job I left in 2012, which paid well  but did not offer the flexibility I needed as a parent. But while it pays poorly, I love it.

Fortunately between my husband’s salary, the classes I teach in the evening and the occasional consulting gig, our family had the flexibility to make this change last year. I know as the kids get older and tuition anxiety increases this may not be the case, but for now,  I love this job.

I grew up watching “Lou Grant” and wanting to be a journalist, and the work on my college newspaper were some of my favorite memories. I actually have enjoyed the digging into details of pension plans, and had a wonderful morning this week today taking photos of goats (who do very poorly in accepting directions, but are just so darned cute).

But I’ve come to realize that the best part of small-town journalism is that it enables me to connect more fully into our community.  I enjoy being both journalist and community member, but when these roles overlap, sometimes I have to choose between them.

This was highlighted a few weeks ago when there was an accident at Northwestern High School. A friend called me to see if my daughter was okay, having seen news helicopters and a breaking news story on TV: Eight students had been hit by a car. I took my daughter, who was with me, and headed to the school to find out more.  My intent was to cover the story, but when we got there we discovered that one of the ROTC members hit by the car was a good friend of my daughter’s.

His father, who I’d met several times, is an immigrant from Vietnam with little English. As I stood with him, my daughter and another friend who had witnessed the accident and had blood on her scarf from early attempts at first aid,  I was no longer a journalist.  When one of our Hyattsville police force members said, “Are you here for the newspaper? Because then you need to stand up there with the TV news crews and reporters.”

I told him that I wasn’t anymore, and even offered him my notebook and camera.  “I’m here as a parent and a friend now,” I said.

We ended up driving the shaken father to the hospital, and spending the next few hours in the ER. Luckily there was not too much story to cover.  The injuries that could have been so tragic were not nearly as bad as we initially feared: While two teenagers spent one or more nights in the hospital everyone is now fully recovered.  The ROTC students do their drills behind barriers now.

I suppose if I’d been working for a for-profit paper that stepping away from covering the story might have gotten me in trouble with my boss. But of course that wasn’t the case for HL&T. It was the right choice.

I’m convinced that the most important part of community journalism is the community part.  When one knows the mayor and city council members — having seen them coach baseball, organize soccer or shop at the farmers market — it is easier to accept their human foibles. Knowing each other, acknowledging strengths, seeking solutions to overcome weaknesses, all of these build community. While there is much to be said for on-line forums and the sharing of ideas, there is still a place — I believe — for newspapers such as this one.

Arthur Miller is reported to have said that “A good newspaper, is a nation talking to itself.”  We hope that despite the loss of the Patch and the all the forces that recede local journalism, the Hyattsville Life & Times can continue this talk for many years to come.

Hyattsville Life and Times, 10 years ago 5 min read
Beyond Hyattsville

Hyattsville on track to become an “age-friendly” community