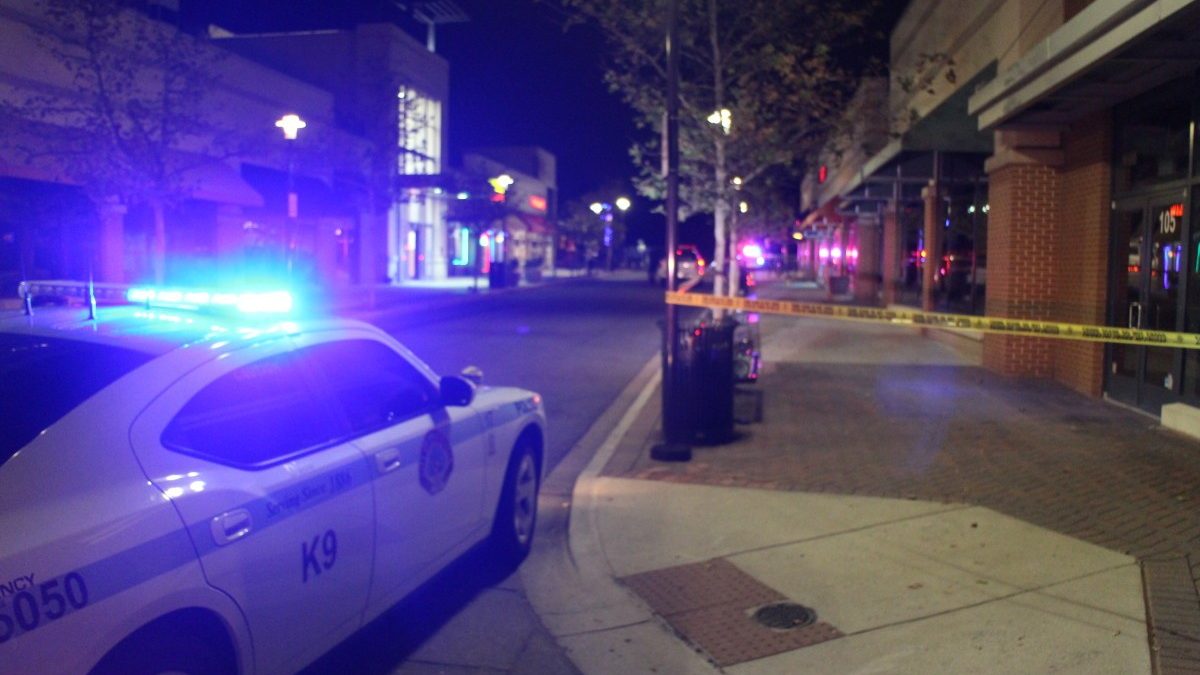 BY CAROLINE SELLE AND CHRIS CURRIE — Updated October 26 at 11:01 p.m. At approximately 8:30 p.m. on Saturday, police received a call for a shooting in the 6400 block of America Boulevard – the restaurant row at University Town Center.  Authorities say the shooter, who struck multiple victims, is currently still at large.

According to Lt. Chris Purvis of the Hyattsville City Police Department (HCPD), the shooter and a group of teens and adults “were involved in a confrontation” inside the Qdoba Mexican Grill.

The suspect, said police, went to his car, which was parked at the intersection of Liberty Lane and America Boulevard. “He got out of his car and opened fire” as the group was leaving Qdoba, said Purvis.  Three victims were shot.  The victims are described as a juvenile female, 16 years-old, and two adult males, 18 and 20 years-old.  The victims were transported to local hospitals for treatment.

As of 11 p.m. Saturday, authorities say two of the victims had been released.

Police described the shooter as a black male in his 20’s with dreadlocks past his shoulders, wearing a red plaid shirt and blue jeans. He is about 6 feet tall and 190 pounds. The car is described as a red 4-door Toyota.

Actors among us: Hyattsville residents hit the boards

A Thanksgiving visit to a Hyattsville homeless services center