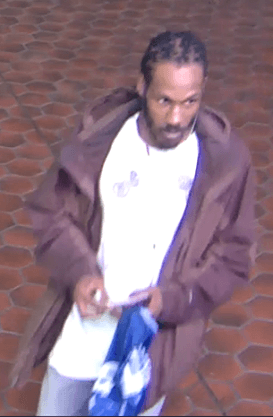 At press time, Hyattsville police were still searching for a rapist who struck in the early hours of May 4 near the Mall at Prince Georges. Shortly before 2 a.m., according to Sgt. Chris Purvis, the man followed the 20-year-old victim out of the Prince George’s Plaza Metro station, heading west towards TJMaxx. Holding her at knifepoint behind a dumpster, he raped her and then fled the scene.  Police have released surveillance footage of the suspect. “We are working a lot of the tips and have some good leads,” said Purvis  Anyone with information is asked to call the Hyattsville City Police Criminal Investigation Section. 301.985.5060.