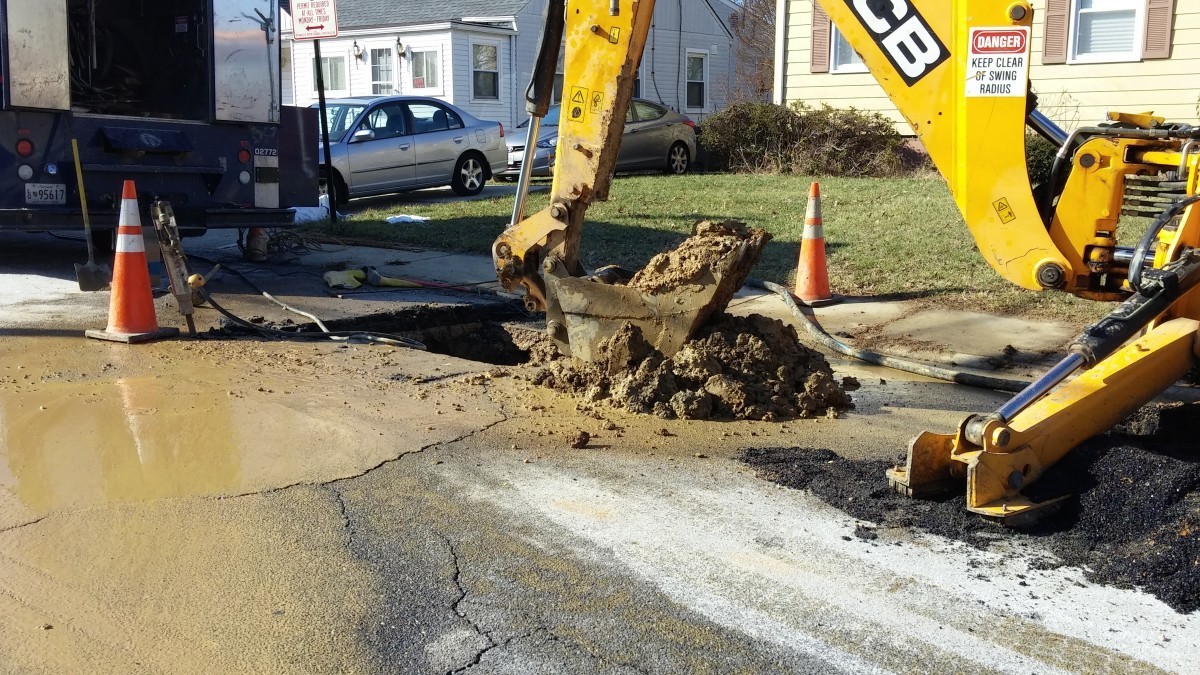 Water main break in the 5900 block of 36th Avenue.
Hyattsville

BY REBECCA BENNETT — WSSC says this is an above average year for water main breaks.  The City of Hyattsville is not immune. This week, there have been several water main breaks in the city limits, according to Washington Suburban Sanitary Commission (WSSC) service alerts:

Additionally, a water main break in the 6600 block of Baltimore Avenue shut down several lanes early this week.

“During winter months, water temperature in the Potomac River and surrounding water sources begins to drop. When colder than normal water travels through aging pipes, it exacerbates any weaknesses and causes an increase in water main breaks. More than a quarter of the water mains have been in service for more than 50 years,” WSSC said in a press release.

January edition of the Hyattsville Life & Times delayed one week

City staff does not support rezoning of Clay Property