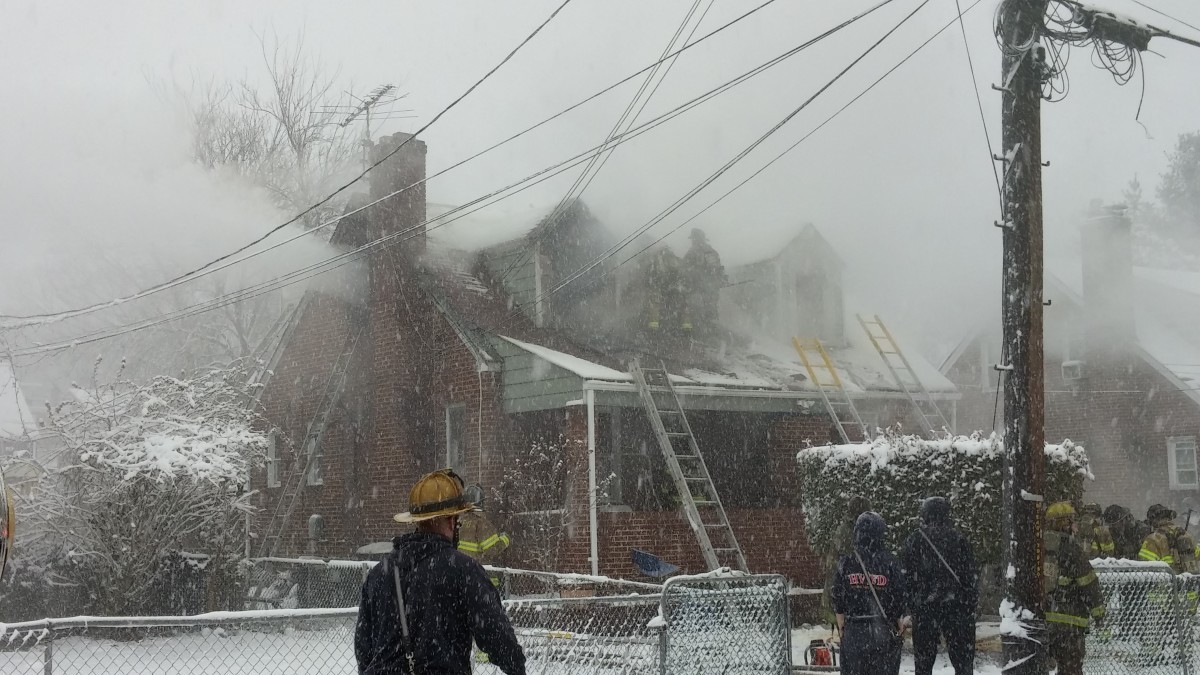 BY REBECCA BENNETT — Updated at 8:18 p.m.  A fire that started just before 2 p.m. Thursday in the second story of a house in the 3700 block of Jefferson Street has displaced a seven adults and one child. According to Prince George’s County Fire and Rescue (PGFD), no injuries were reported. A member of the family said he came out to clear away snow when he noticed the fire had started in the upstairs room. The family said all members made it out safely.

PGFD said the cause is undetermined, and the fire may have caused as much as $100,000 in damage.

Several local volunteer fire departments were on the scene, including crews from Hyattsville, Riverdale, Bladensburg and Cottage City.

Black Lives Matter: A discussion of the movement in Prince George’s County

City is first in state to host pop-up voting