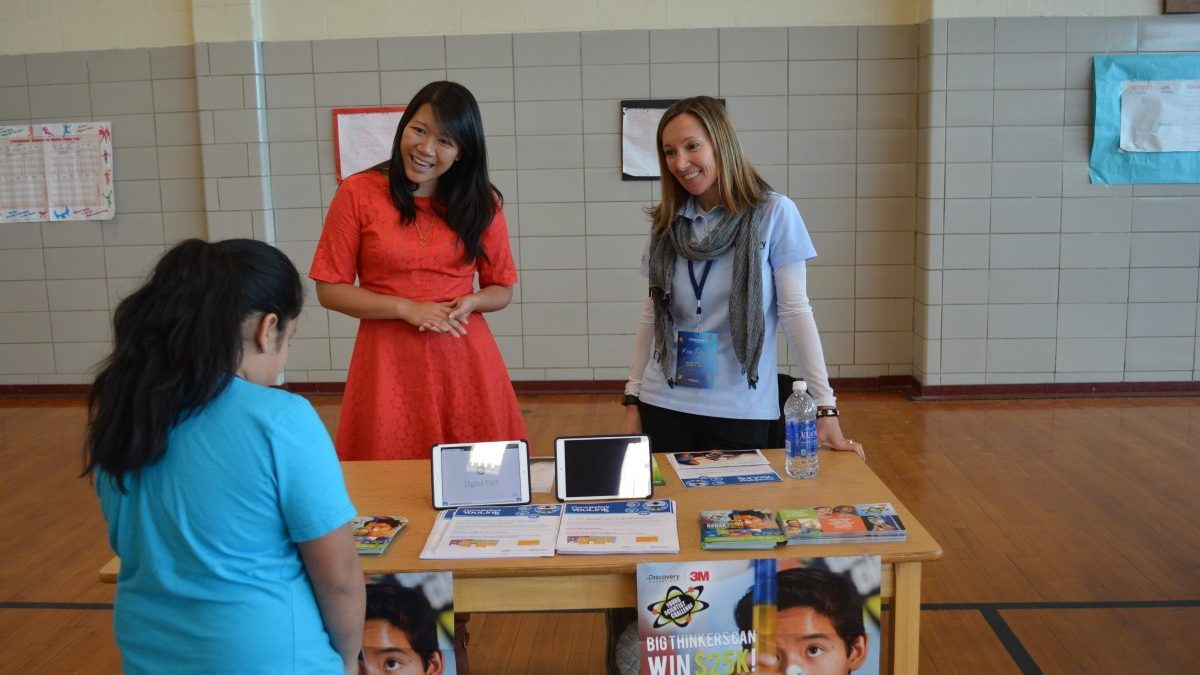 BY MAURICIO RIVERA — On Saturday, March 28, Nicholas Orem Middle School hosted Science Saturday, a community event aimed at helping kids improve their science and literacy skills through digital means, a first of its kind for Prince George’s County Public Schools (PGCPS). The school system partnered with Discovery Education, which according to its website provides digital content and professional development for K-12 classrooms, to put on the event.

The event was created with both immigrant parents and their children in mind, according to PGCPS, who have a language barrier to deal with that usually impedes them from fully understanding and completing school work, mainly the increasing Hispanic population.

“I wish I brought my 11-year-old. He loves science stuff like this,” said Berniece Reese, one of many community volunteers helping out with the event. She and many others expressed how this type of event is important. “When you find a great program like this you want it to spread,” she said.

Shortly after the event officially started, school children in attendance were escorted to different classrooms that had teachers ready to teach a variety of science topics that ranged from magnetism to tornadoes and even the planets.

The teaching sessions were followed by a panel of teachers and college students answering questions about tips for note taking, study habits, scholarships, parent involvement, and the parent-teacher relationship that was all available for translation by interpreters on hand.

The event was capped off in the gymnasium where parents and their children could learn more about the different community resources in Prince George’s County through a number of booths on display by Latin American Youth Center, Family Literacy Program, the University of Maryland, Prince George’s County Memorial Library, and more.

“This is an awesome event. Hyattsville is extremely diverse,” said Jasmine Winters, a teacher at Nicholas Orem Middle School for three years who said she appreciated the event considering the area. “Families can come be educated,” she said.

“Lots of time went into the location. Transportation was one of the main reasons for holding the event [here],” said Godfrey Rangasammy, science supervisor for Pre K-12 at PGCPS.

Godfrey cited the public transportation resources surrounding the middle school as key to the making decision including the nearby Prince George’s Plaza Metro station.

As far as a second Science Saturday for next year, Godfrey said he is positive it will happen. “That’s the plan,” he said. “Judging that it’s the first of its nature it was quite successful.”