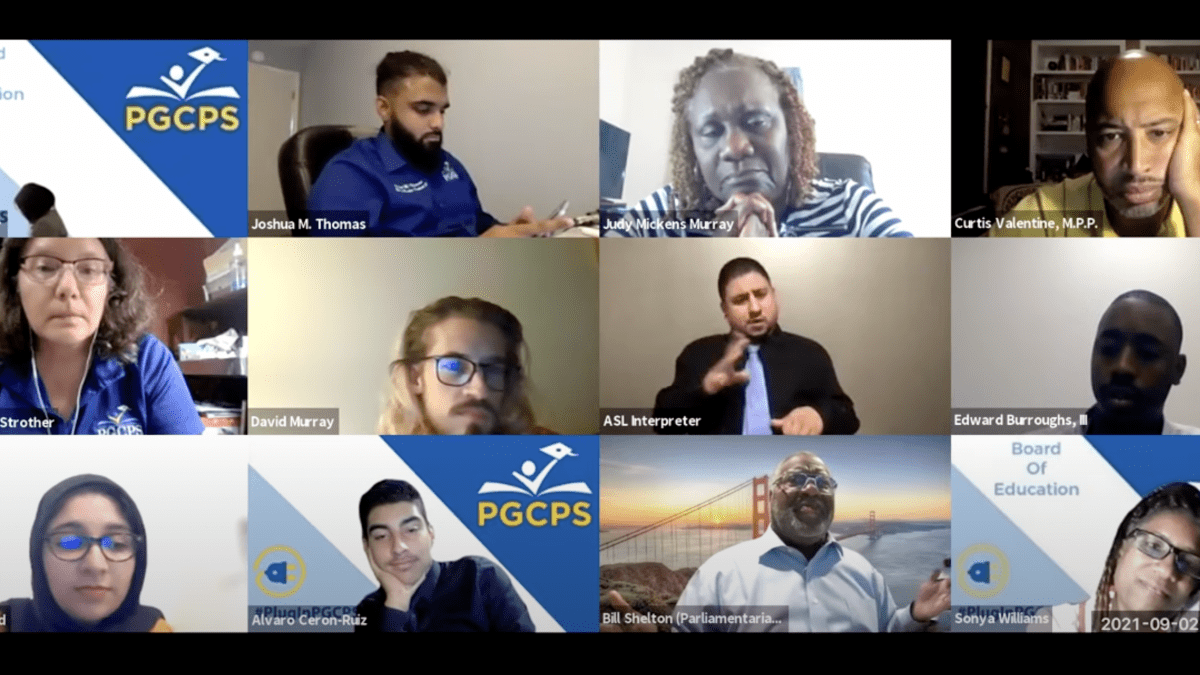 A Prince George’s County school board committee reviewed an LGBTQIA+ policy proposal on Feb. 8 that has been under discussion for several months.

Some school board members have been discussing amending the proposal to require that parents be informed of a student’s gender identity and pronouns, or give permission for them.

The new policy, called the Inclusive Environments for LGBTQIA+ People, encourages using people’s preferred pronouns, allowing gender diverse and transgender students to use the bathroom of their choice and requiring staff to complete relevant professional developments, among other things.

This is the latest of several reforms in this area in recent years. Most recently, county schools put an administrative procedure in place in April of 2021 to protect LGBTQIA+ students, which is similar to the proposed one.

Two members of the committee that drafted the new proposed policy have since resigned in order to seek higher office: Edward Burroughs, who resigned from the school board Dec. 6, was sworn in as the county council member for District 8 on Feb. 15.  Raaheela Ahmed, who plans to run for Maryland State Senate (23rd District), recently announced her resignation effective Feb. 19.

The new proposed policy specifies the potential for disciplinary action against staff or students who “intentionally and persistently” do not use a person’s preferred pronouns and name.

The policy would also add protections for LGBTQIA+ staff.  A transgender high school English teacher is currently suing the county school system for discrimination, harassment, and retaliation, as is a gay Spanish teacher, according to the Washington Blade.

One student in support of the proposed policy left a public comment that said, “school should be a safe place for students so that they can focus on their education and friendships without worrying for their safety.”

During a prior committee meeting on Jan. 25, school board members Judy Mickens-Murray and Sonya Williams raised concerns regarding parental involvement. Mickens-Murray discussed requiring parental involvement to prevent potential lawsuits from parents of LGBTQIA+ students. Williams agreed and added that schools should help LGBTQIA+ students get the same support at home as they will in Prince George’s schools.

“We have to get permission (from parents) to interact with students for many things, as small as taking a picture of them in one of our advertisements to putting them on a bus,” said Williams. “For us to identify a student based on how they are asking us to identify them without including the parent… we could put ourselves in a certain predicament.”

In one Wisconsin school district, for example, two sets of parents sued because the school was using a different gender identity and pronouns for their children, at the request of the children, without the parents’ permission and despite their objections.

Williams recommended schools facilitate dialogues between students and their families to try to create a safe space at home. Implementation of the policy would be the responsibility of the county schools’ chief executive officer.

At the request of the committee, Brandon Cooper, board interim chief of staff, drafted a  memorandum regarding parental involvement which contained a possible amendment to the proposal.

The brief amendment reads: “In some cases, transgender and gender nonconforming students may not openly express their gender identity at home because of safety concerns or lack of acceptance. Matters of gender identity can be complex and may involve familial conflict; if this is the case, and support is required, the CEO will designate the appropriate Office as necessary to support the student.”

Josie Jack is an intern at the Hyattsville Life & Times.