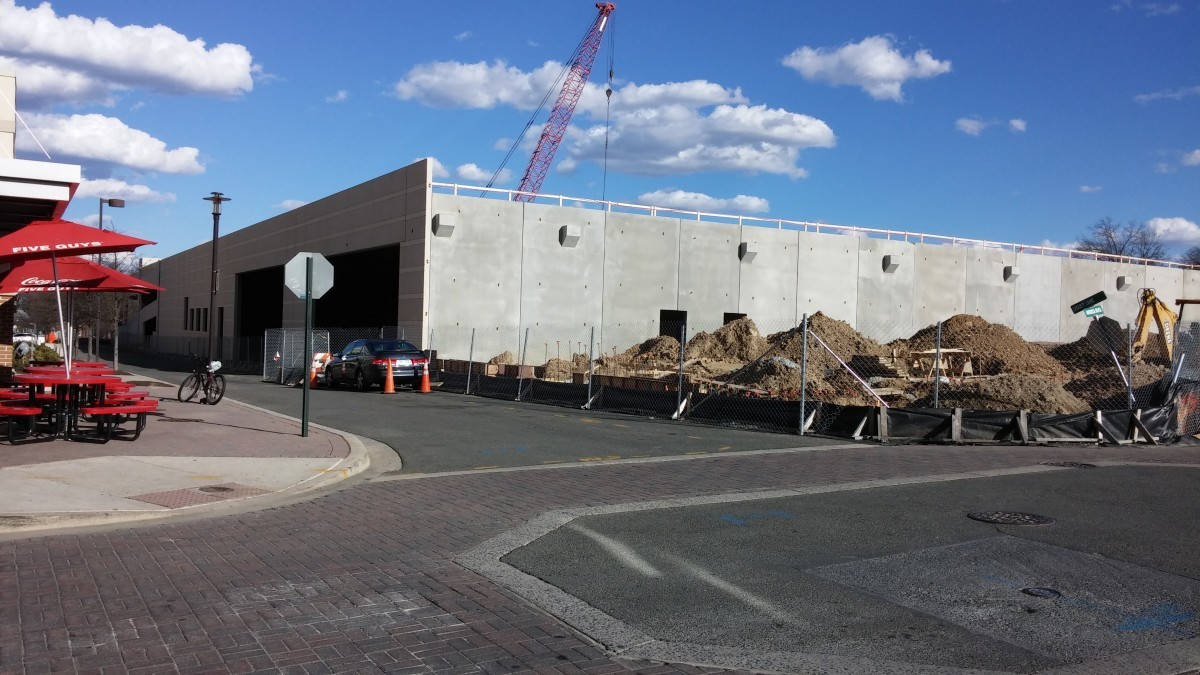 BY REBECCA BENNETT — While the bones of the new Safeway can be seen going up at University Town Center (UTC), there is even more in the works for the neighborhood.

Officials say MedStar has leased 10,000 square feet on the second level of the commercial development, which will accompany Phenix Salon Suites.  Town Center Wine & Spirits will occupy 3,600 square feet at the northwest end the first floor.

“Finding a high quality purveyor of wine and spirits was very important to both this project and to Safeway,” said Nicole Zupan, director of leasing for Gateway at UTC. “Town Center Wine & Spirits provides that niche, while filling an important end-cap position that will bridge the gap between this development and existing specialty shops and merchants located along America Boulevard.”

The development is 95 percent pre-leased, ECHO Realty said, with space for one or two more retailers. Officials said they expect Safeway to open by fall 2015 with other retailers shortly after.

Before the new Safeway has even opened its doors, other new businesses are already popping up in UTC.  Alice Hollidge, a UTC resident, told us she’s seen a yogurt shop, a nail salon and a barber open this year.  Additionally, a public parking lot recently opened in the parcel next to Safeway on East West Highway.

Miss Floribunda: The outs and ins of winter gardening