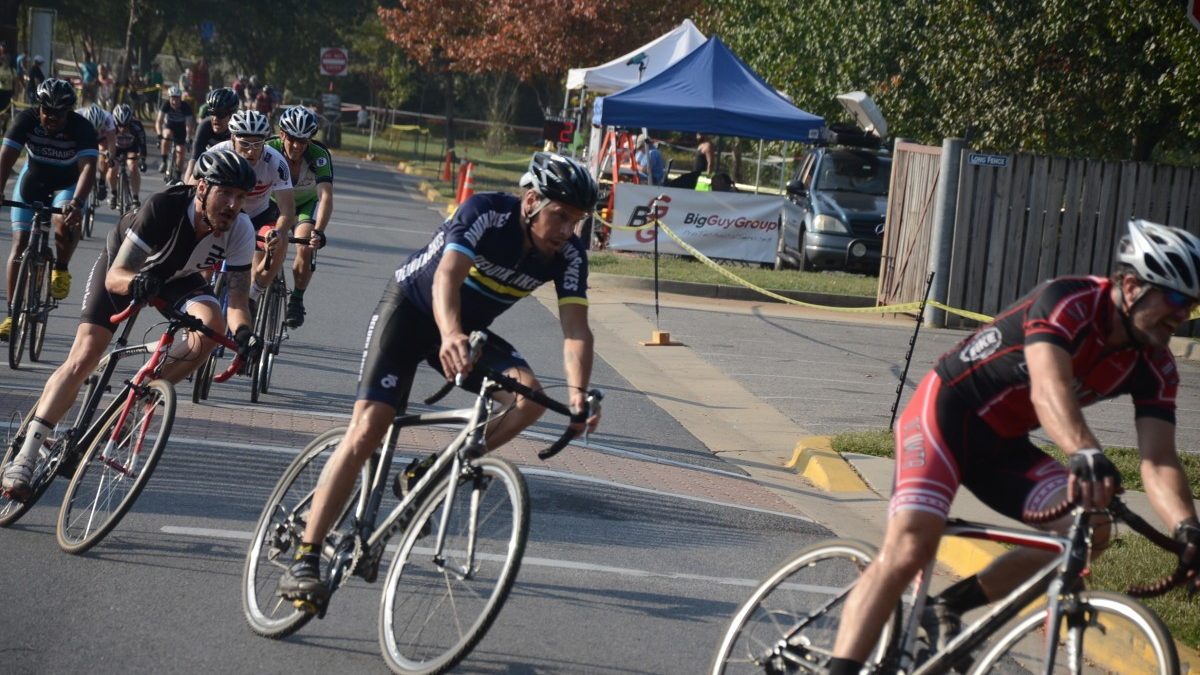 BY MIKE PERSLEY — Arrow Bicycle volunteer Ted Monoson bought his first bike while he was in college in western New York around 1992.

One day, he walked into a “not so reputable” bike shop, where customer service meant something very different than what he’s seen at Arrow.

“Those guys were like ‘What do we have that we can pop this guy off on?’ ” he recalls. What he came away with was a 14-inch bike that did not fit him, and had pieces fly off when he rode it.

Its been a long bike journey since then for Monoson. Today he’s riding a much better vehicle. On Sunday, October 6, he was one of nearly 500 riders who competed in the fifth annual Hyattsville Cyclocross (CX), held each fall in Magruder Park. Bikers registered in 17 categories based on gender, age and experience.

The race, the second in the Super 8 Cyclocross series put on by Bikereg.com, has been a consistent success for Hyattsville since it began in 2008. Sponsors include the city, Arrow Bicycle, Route1Velo, and Crosshairs Cycling.

Unlike many forms of bike racing, which can be long distance and only fun for serious bikers to watch, the Hyattsville course consists of a single lap of approximately one mile, and relies on a constant circling around the course. A typical race lasts from 45 to 50 minutes.

The track consists of several different parts, including stretches of road, parking lot, grass, the  sand-pits from the volleyball courts, and the woods.  It is closer to cross-training than a typical bike race, making it easier for amateurs to participate. And the setting makes it easier for families to attend.

“The beauty of the the cross race is that you’re in a park. You can bring the kids, they can enjoy it, there will be music, there will be food, you can see different angles where the racers are coming, and you can see every lap,” says Monoson.

Money from beer sales and most of the rider registration money is donated to Prince George’s County Special Olympics. In 2011, the race raised $7,000 for the organization. In 2012, due to worse weather, that number dropped to $3,000.

Although figures for this year’s race were not available at press time, sponsors were confident that this year’s total will easily surpass last year’s. The 2013 race took place on a day that was more like late summer than early fall, with temperatures pushing 90 degrees.