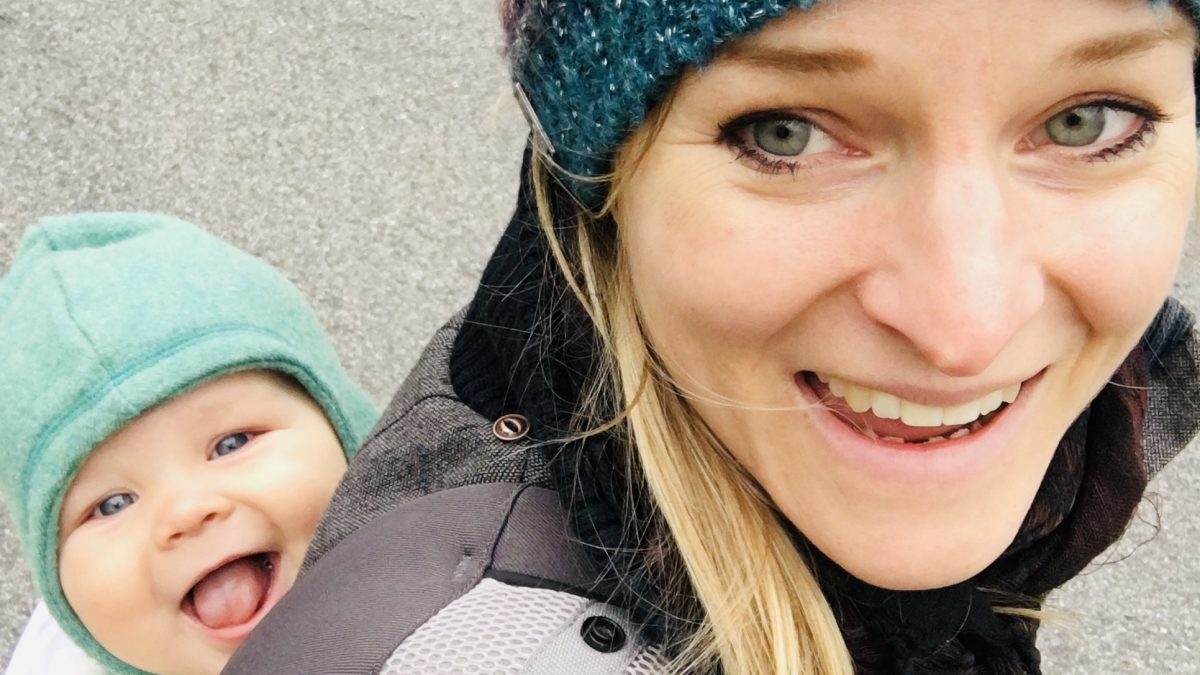 Born in the small town of Kaiserslautern, Germany, Christine Hopp was raised in a 13th-century restored farmhouse. Her designer parents (her dad is an architect and her mom a fashion designer) raised Hopp and her older brothers in an insular environment and instilled in them a reverence for nature and living off the land. “There was a big garden with lots of fruit trees. We didn’t have a TV, so a big part of my childhood was reading, watering the garden, canning, baking bread and [making] jam. You live connected to the earth. My mother would make kombucha.”

Hopp’s parents were “born into post-war Germany that was seriously destroyed,” Hopp explained. “They are traumatized by that. I think that shaped me. For example, with food scarcity. Even today, when my mom cooks, she wants to be absolutely sure that there is no waste. There was a lot of [emotional] processing in my childhood. Nazism was so much part of the public conversation, in school, around the dinner table. My mother would say that she couldn’t talk about nationalism anymore. [My parents] had this strange mix of pseudo hippy but are also very conservative. They are in the age group where they should have had left-wing opinions, but the scarcity they experienced in their childhood made them go a different way.”

Perhaps in spite of the secluded, artistic and vaccine-skeptic family environment in which she was raised, Hopp decided to study molecular biomedicine at a university in Bonn. “I knew I wanted to study parasites. I am the black duckling of my family and the only one who went into science.” Following her studies, she was able to expand her horizons further, travelling to Bolivia where she spent several months as a research fellow. “I connected with a lab in an NGO [nongovernmental organization] in rural Bolivia to study people who have Leishmania infections, which shows itself through skin lesions that don’t heal. We would travel through villages and see if people had the disease and needed to be treated. I didn’t study Spanish in school, but before going I bought a book with a CD, and when I arrived in Bolivia, I realized that I was studying Castellano, so I was very unprepared for Bolivian Spanish.”

Upon her return to Germany, Hopp experienced reverse culture shock in reaction to the abundance of food and material wealth, an ironic twist given the frugality of her upbringing. Soon after, she moved to London to start a doctorate, studying malaria. She describes her life there as fun and liberating. “When you’re young in London, there is so much to do. I could get cheap tickets to the theater, and I would go to a lot of underground arts events and concerts.”

Hopp’s studies eventually brought her to the U.S., in 2012, to conduct research at Johns Hopkins University. Having spent several years in London, she was prepared for the cultural diversity, and she easily integrated into American life without experiencing much culture shock. However, the one aspect of American culture Hopp still struggles with is urban planning. “The way the U.S. is structured makes me so sad. In Germany, you have structures of villages and towns that [come] from pre-medieval times where villages are built within a wall. Everything comes together in a center, and around that, you have farmland and woods. In the U.S., the land is split up, and there are houses everywhere, with huge lawns and huge strip malls that look like big boxes. That is my big grief in this country, and it bums me out that you have to drive to national or state parks to get to real nature.”

Hopp “married into Hyattsville” and moved here in 2015 to be with her American husband, who works at NASA and was already living in the neighborhood. She easily adapted to this “wonderful community.” Hopp emphasized, “We’re very lucky to have several friends who live on our street. There are four households that are tight-knit, so we have a very local community.” As mother of a 9-month old, she has also found support from the Hyattsville Nurturing Moms email group.

Nonetheless, Hopp misses certain aspects of German life, such as the food. She hopes to move back to Europe and is currently seeking research funding that will allow her to, although she does see her multicultural family eventually returning to the U.S.

Cultural Connections is dedicated to bringing forth the voices of Hyattsville’s international residents. Interested in sharing your story? Please contact culturalconnections@hyattsvillelife.com.

The Hall CP becomes a must-visit destination during pandemic