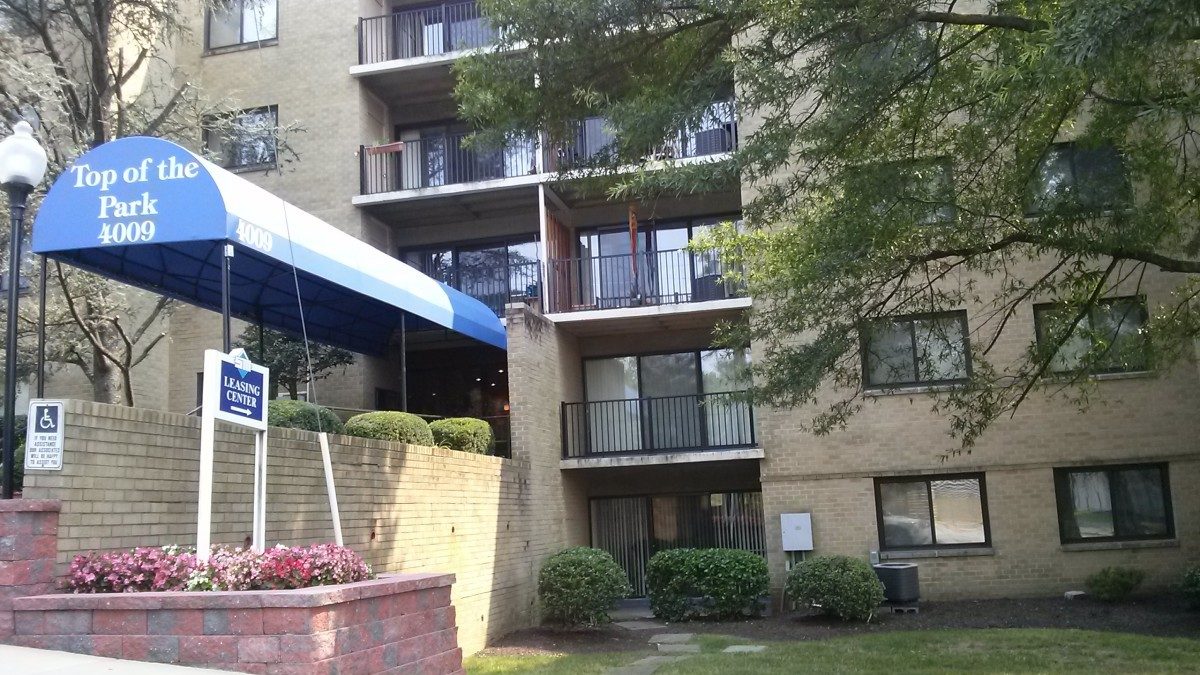 BY REBECCA BENNETT — Most of the public comments at the Aug. 4 Hyattsville City Council meeting surrounded the parking situation at Top of the Park Apartments.

According to Maxine Jackson, a resident at Top of the Park Apartments, “Parking spaces were limited for some, but now they are next to non-existent.”

Another Top of the Park Apartments resident says, “The parking situation as it is now is manageable.  But, if (her husband) is forced to walk 3-4 blocks, which is what we’ve been told is a possibility by parking officials, I’m concerned about his safety.”

She went on to say that it’s not reasonable to ask residents to travel long distances to get to their homes.

Jim Chandler, assistant city administrator, said that the City of Hyattsville does not plan to restrict parking further and that residents will not have to walk 3-4 blocks.

Top of the Park Apartments property manager Kia Murray says someone from the City told her to have her residents park on Farragut Street, which she says will require some of them to walk 2.5 blocks.  Murray says this would be devastating and frightening to her residents.  Some residents indicated they arrive or leave at night.

View Top of the Park Apartments in a larger map
Compounding the parking issue in this area was the sudden restriction of parking around a crosswalk in the vicinity.  Residents said they discovered that the curb was painted yellow one day indicating they could no longer park on part of the street.

“There wasn’t any signage posted the day before.  The week before.  As, I leave, arrive, and park on that side of the street daily,” said Jackson.

One resident said he came back from vacation and his car was gone.  He eventually found out it was towed because of the new parking restrictions around the Gallatin Street crosswalk. He said he had to pay $513 to get his car back.

“Nobody gave any prior information.  I believe that if (the property manager) had information early on, she could have probably sent me email information, and I could have asked someone to tow the vehicle,” he told the City Council.

Wilder also told the City Council that the redevelopment of 40th Place and Crittenden Street further complicated issues. She said that residents would try to leave for work, but construction vehicles had the exit blocked with no prior notice.

“This is another sign that residents of Top of the Park feel that we are not getting due consideration from our elected officials in the city,” Wilder said.

When asked by Mayor Marc Tartaro about the situation, Chandler stated that there wasn’t a plan to address the issue at the moment.  Chandler says the spaces near the Gallatin Street crosswalk were removed because the street cannot support three vehicles next to one another.

He said he was out there earlier that day, and while the City doesn’t plan to restrict parking further, he was “looking at the parking situation and the travel lanes, and it’s tight.”

Murray said, “Had I known this information prior…I could have let (residents) know, so he could have made other arrangements with his vehicle.  And, it cost him $513.”

Tartaro interjected to say that the property manager was right, and “the City needs to do a better job of keeping you informed.”

According to the resident whose car was towed, “If nothing is done about our parking situation, some of us may have to leave.”

‘I don’t see it as a negative thing’: Councilmembers decline to seek reelection