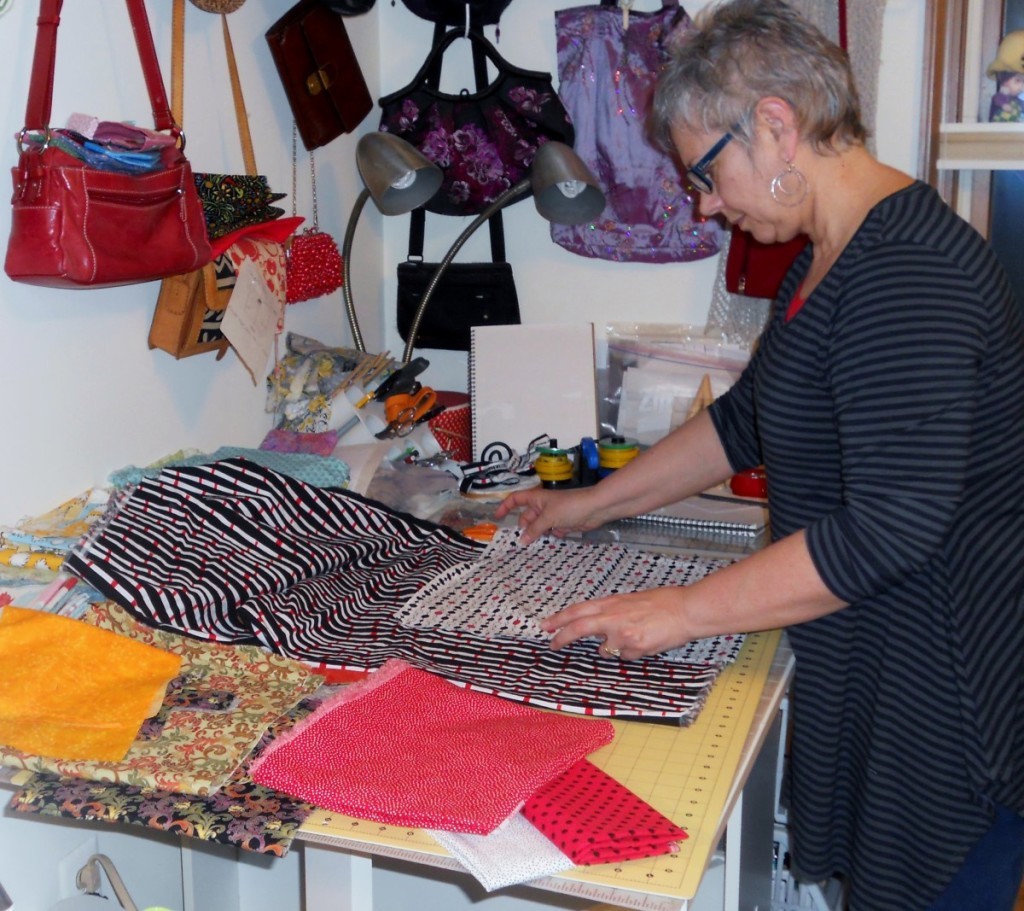 BY SCARLETT SALEM — The city’s first-ever juried art show and street festival, Handmade in Hyattsville, is scheduled for November 3 at Queens Chapel Town Center. It will feature the work of artists living in and around the Arts District. But you don’t have to wait until then to see the creativity of your neighbors on display.

Just visit Etsy.com, the self-proclaimed  “world’s handmade marketplace” since 2005. Vendors set up virtual storefronts on the site and sell in three categories: handmade, vintage (defined as more than 20 years old) and supplies for the artist or crafter. With 42 million visitors a month and more than 875,000 shops, it offers an unprecedented audience for artists and selection for shoppers.

“Etsy has changed the entire world of small businesses like this, ” said longtime resident Victoria Moss, who opened the Etsy shop That Clever Clementine last year. “You either did festivals or fairs or put things in shops or consignments. Nobody really had a website.”

Moss was the executive artistic director of Tappers With Attitude Inc., a nonprofit youth ensemble in Takoma Park, until it folded in June 2010.

“That job was my life,” she said. “We closed the studio and then it was like ‘OK, time to reinvent yourself’.”

Moss, who has also worked as a hat maker in Chicago, turned to Etsy the following January as a way to not only generate income but to also offer the project bags she makes from varying types of fabric to a specific audience — knitters.

“I’m not going to be the Donald Trump of knitting bags, but I didn’t think I would be,” she laughs.  “I passed the 100 sales mark at 6 months, which exceeded my expectations.”

An Etsy buyer can review the seller, product and shipping experience. Moss currently has a 100 percent positive feedback rating on the site. Sellers are charged a list fee (20 cents each) and a transaction fee (3.5 percent on each sale).

Hyattsville resident Kathleen Hellington, who’s been a hairstylist for 16 years at Bananas in College Park, opened the shop KnitBlitz in 2006. She likes
being able to fit sales around her schedule; craft shows are generally on weekends, which also happens to be the busiest time at the salon.

Hellington does not want to stop working as a stylist and views Etsy as a creative outlet and a medium in which to send her creations out into the world.

“It’s easy. Anyone can do it,” she says. “You need a digital camera, some sunlight, and some good products.”

As her shop name implies, Hellington sells hand-knitted items such as scarves, hats, gloves, and even tank tops. She also sells custom yarn that she has collected over the years.

Others have different motives for turning to the site. Local resident Loni McCollin, who works part-time as a clinical herbalist at Knowles Apothecary in Kensington, was diagnosed with celiac disease when she was 26. Desperate for tasty gluten-free recipes, she began experimenting in the kitchen. Using teff flour, which is made from an Ethiopian grain, she started with bread and then expanded into cupcakes and wedding cakes.

“I really wanted to create a safe place for people to get food,” said McCollin.  “It’s easy to jump on the bandwagon and think you’re making something gluten-free. But if you want to do it right then you need a separate location and separate tools and you need to be serious about it.”

To avoid the sometimes hefty shipping costs associated with food products, she delivers in Hyattsville and a few surrounding areas for a $5 fee.

What’s on Route 1? The view from the new Route 1 Ride bus

H&M coming to the Mall at Prince Georges

HPD rallies to help one of their own fighting cancer

PHOTOS: Young and old gather to spread some love for Valentine’s Day