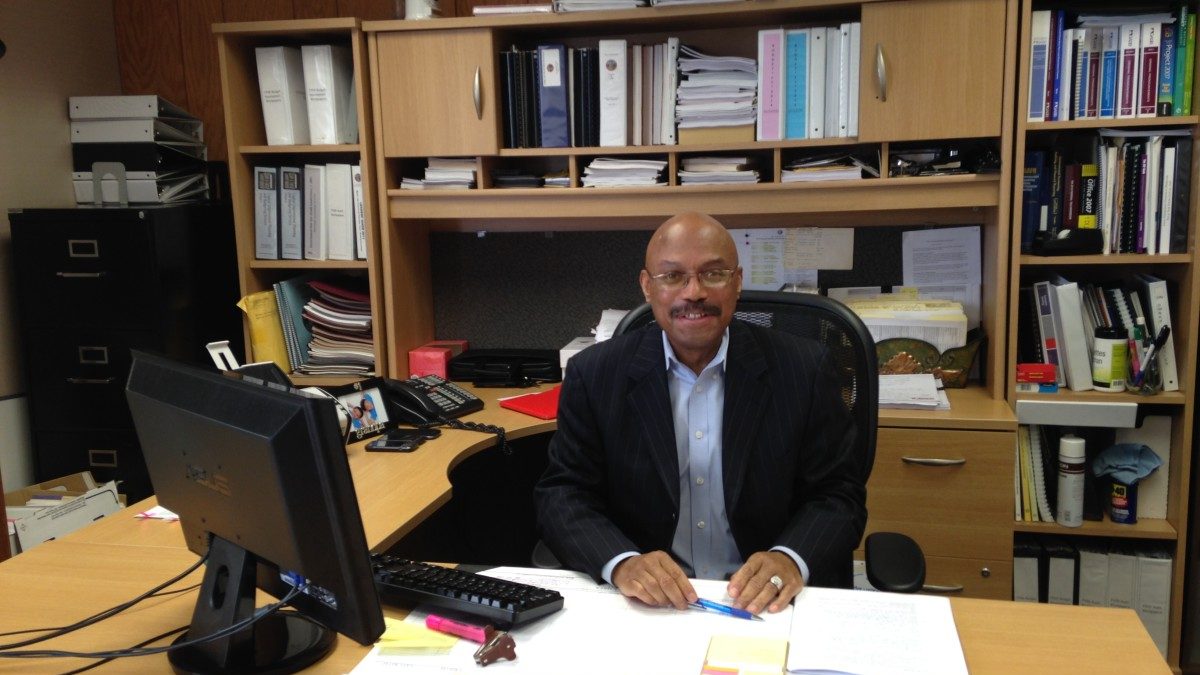 BY SUSIE CURRIE — Ronald Brooks, who was hired in September as supervisor of contracts, grants and purchasing,  has been promoted to city treasurer. The city council approved Brooks’ new position at its November 18 meeting, retroactively setting his start date for this position to November 4.

The city treasurer position has been vacant since Elaine Stookey resigned on September 20. City Administrator Jerry Schiro gave his notice the day before, and will be gone by December 20.

Within a week of Schiro’s resignation, the council promoted Director of Community and Economic Development Jim Chandler to assistant city administrator.

Chandler, who joined the city in 2007 as community development manager, recently passed the International Economic Development Council’s Certified Economic Developer (CEcD) examination. He is one of about a thousand certified professionals worldwide.

“We believe he’s only the second one in all of Prince George’s County,” said city spokesperson Abby Sandel. The test’s pass rate is around 35 percent, she added.

He is expected to be named acting city administrator later this month and will hold the acting post until a permanent hire is named. The hiring process, streamlined with council approval by Human Resources Director Vivian Snellman, is well underway and should be completed this month.

“I appreciate the council’s appointment of Jim Chandler as assistant city administrator,” said Schiro after the vote, adding that Chandler is “doing an outstanding job in his current capacity.”

Both director-level positions have seen high turnover in recent years. Since January 2011, Hyattsville has had four city administrators, two full-time and two acting — most recently, Stookey, who filled both roles for over a year until Schiro started.

The most recent resignations came after the revelation that the city is three years behind in its required annual audits. State law requires municipalities to submit results of an independent audit each year by November 1, meaning that the deadline to file the audit for fiscal year 2013 was last month.

But Hyattsville is still working on its 2011 audit. It’s the only one in the state that hasn’t been filed, according to the Maryland Department of Legislative Services.

It’s not the first time the city has been delinquent in filing. When Stookey started in 2010, she was the third treasurer in three years. At that time, the city had not filed audits for fiscal years 2009 or 2010.

When Stookey left, Schiro turned to the newly hired Brooks to clear the current financial backlog. Brooks has worked in municipal finance for cities as varied as East Cleveland and Washington, D.C.

“Ron hit the ground running,” said Schiro. “He’s worked closely with our auditors to get us back on track with the city’s audits, and is working closely with the city council to develop a straightforward budget process to take us into future fiscal years. We’re very pleased that Ron accepted the position.”

Brooks said that the 2011 audits will be finished by the end of the year — just in time to start the annual budget process.

PHOTOS: Luck is sometimes the way the tree falls