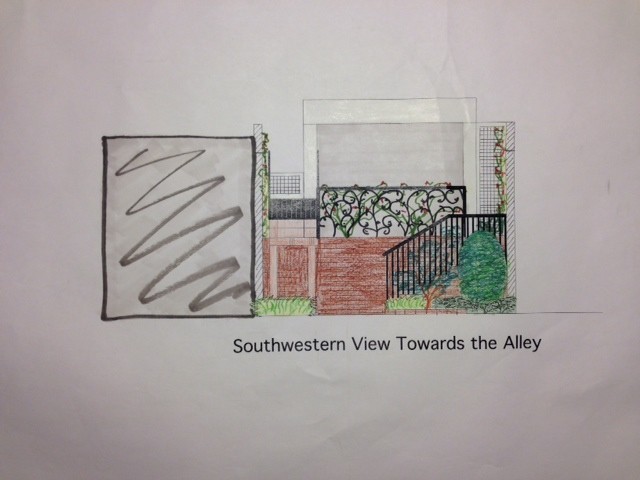 BY GRETCHEN BRODTMAN — The idea was born at the bus stop for the Hyattsville Professional Networking Group, according to founder Julia Gaspar-Bates. She said she was talking to another parent while waiting for her daughter’s school bus and was struck by how many interesting careers and businesses there were right nearby in the neighborhood. She herself runs a consulting business, Intercultural Alliances, which provides international, cross-cultural training, project management, and global team building.

The group, which is for entrepreneurs and job seekers alike, now meets the second Sunday of each month at the City of Hyattsville building on Gallatin Street. The first hour is a networking meet-and-greet session and the second hour is a workshop or presentation by a member of the group. Gaspar-Bates said she hopes to have presentations that are of some benefit to the community.

“There were so many groups [in the community] supporting each other. Why not provide a venue for people to branch out in that [business] direction?” Gaspar-Bates said.

One of those interesting careers was shared by 12-year Hyattsville resident Jan Sanders, who said she came to work in film and TV in 1992. Husband Don was getting a masters in film at American University and Jan who had been laid off from an arts job, worked on a ‘pay deferred’ student film. On these early projects, Jan said, “[I] met the regulars [and] one job leads to another. I still work with guys I met on that first film. [I] have not had a business card since 1998.”

Sanders said she read Pat Miller’s book on the script/continuity supervisor work and has been doing that job ever since. She also attended the prestigious Maine Media Workshop in Rockport and was able to join the IATSE 161 Union, which she said allowed her to work on major motion pictures and television. The unique locations in D.C. afforded Sanders the chance to work on the first and second units of House of Cards and The Wire.

According to Sanders, she has great memories of working with director Steven Frears and Dame Judi Dench on Philomena. The most trying days for her, she said, were on The Wire and entailed working 15- to 17-hour days in extreme high and low ends of the thermometer in some of Baltimore’s worst neighborhoods.

Another 12-year resident, Liberty Rucker, said she has been teaching violin and fiddle to children for about 20 years. Rucker had also been an avid hobby gardener for many years when she said she  decided to go into landscape design as a business in 2011. According to Rucker, she completed the George Washington University Master’s Program in Landscape Design in 2013 and has a newly formed business, Wonderland Garden Design.  She said her company specializes in child-friendly gardens and she is currently working on a plan for a school garden in Washington, D.C.

When Rucker gave a presentation to the Hyattsville Professional Networking Group, she recognized that she “may have the need to collaborate. I was thrilled to meet a mosaic artist. I am likely to need his expertise sometime in the future and it’s great to have a local contact for that skill”

If you or anyone you know in Hyattsville has a business or is a professional that can be of service or interest to the community and would like to speak or present a workshop for the Hyattsville Professional Networking Group, please contact Julia Gaspar-Bates at 301.356.4230 or jagsatori@hotmail.com

Streetcar Suburbs Publishing, 3 years ago 4 min read
From the Editor

Denizens Brewing will open May 25 at Riverdale Park Station

Hyattsville Life and Times, 4 years ago 3 min read
Nature Nearby