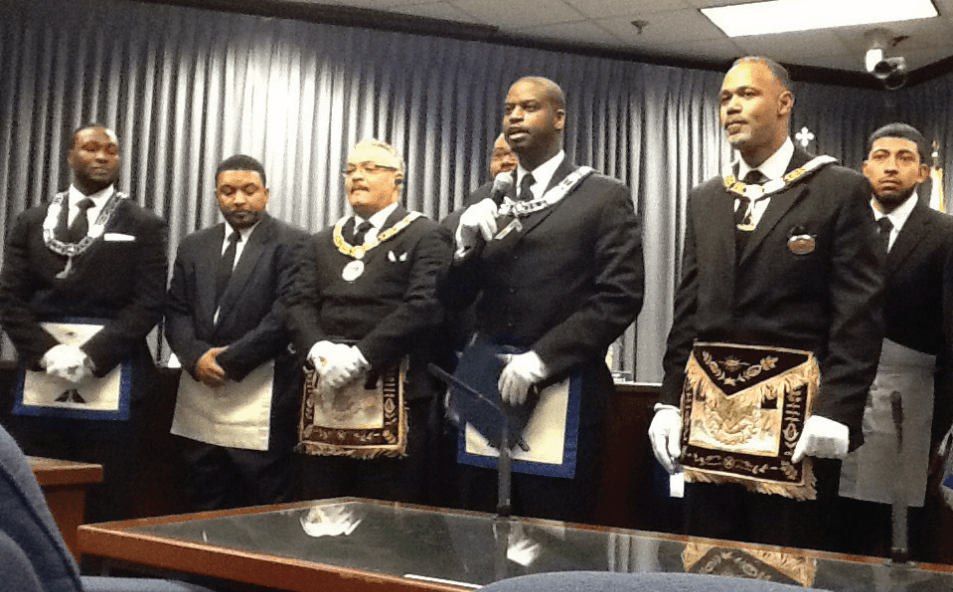 At the February 4 city council meeting, the following proclamation was read by Kevin Stephen of the Shelton D. Redden Lodge #139 Most Worshipful Prince Hall Grand Lodge of Maryland, Free and Accepted Masons.

In October 2012, the city adopted a calendar that noted special months. Similar proclamations have been read into the record by individual council members occasionally brought forth individual proclamations, but this was the first formal city proclamation that Community Services Director Abby Sandel can recall. The city brainstormed how to make the proclamations more meaningful, and, “came up with the idea of inviting the Shelton D. Redden Lodge,” says Sandel. “They’ve been such incredible partners to the City that it only made sense to recognize them at the same time.”

Since many in Hyattsville could not be in attendance, the HL&T has reprinted the full text of the black history month proclamation here:

Whereas, February marks the birthdays of both Frederick Douglass and Abraham Lincoln, and so has been designated the time for national commemoration of the struggle for civil rights and a more perfect union;

Whereas, Black History Month has been celebrated since 1926, serving to educate all Americans on their contributions to history, science, medicine, politics, and culture;

Whereas, Black History Month illuminates the story of our collective journey, from a culture divided to one guided by a shared commitment to justice and the ideals that make our nation great;

Whereas, the history of the City of Hyattsville would not be the same without residents from every corner of the globe, from all walks of life;

The proclamation presented to the lodge notes that the partnership between the lodge and the city “demonstrates the highest ideals of civic engagement – service, community pride, and determination to foster positive change and goodwill in Hyattsville.”

Students struggle to find affordable housing in the city