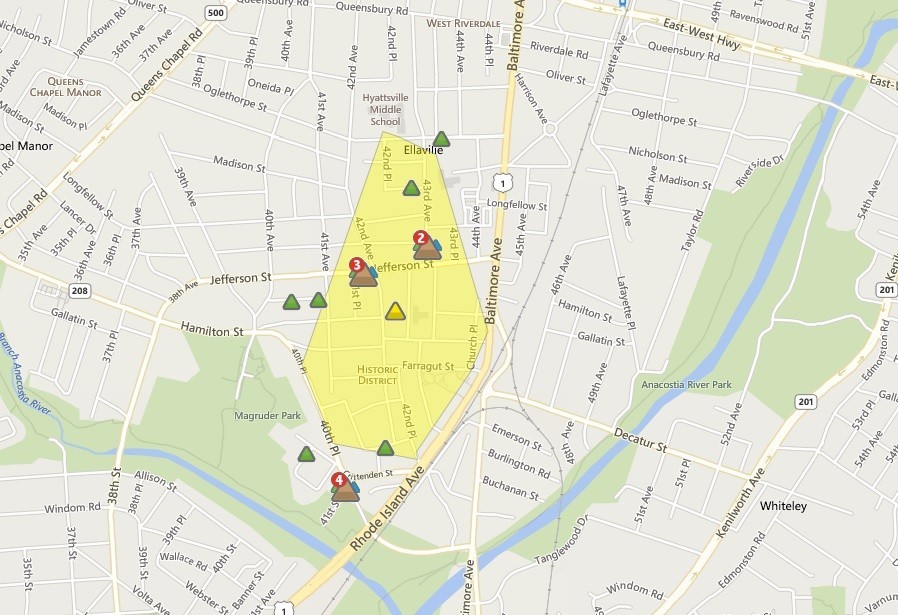 UPDATE: Balloons cause power outage for hundreds of customers

BY REBECCA BENNETT — Updated at 8:36 p.m.  According to Pepco, approximately 630 customers were reportedly without power just after 7 p.m. on Sunday evening. The area affected is the Hyattsville Historic District and homes west of DeMatha Catholic High School. Pepco is currently reporting that 350 of those customers remain without power.

@HvilleTimes We heard the boom! Thanks for the info. Stuck in a high rise with NO ELEVATOR.

@PepcoConnect We have an outage in Hyattsville and Mad Men is on soon!!!! Help!

I heard a loud boom and a bunch of sirens here in Hyattsville, MD. Then all the power went out.

Residents reported hearing sirens around the same time, which were for a building fire caused by a faulty vent near Jefferson Street and Baltimore Avenue, according to the Riverdale Volunteer Fire Department. Pepco said the building fire was unrelated.

Some residents reported the power coming back on just after 8 p.m. Sunday evening. Pepco says it expects power to be returned to all homes in the area sometime tonight, even though crews estimated 9 p.m.

Secondhand News: Making sculptures out of cat hair, and other crafts for desperate times