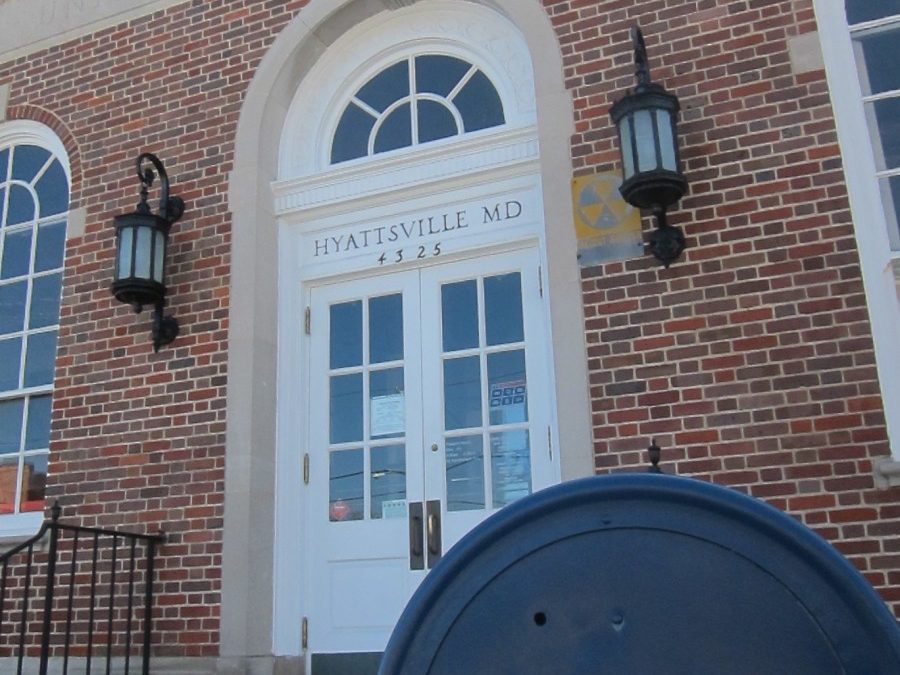 The Hyattsville Post Office on Gallatin Street is such an interesting place that I often bring my out-of-town guests there to see it.  Located in the historic district of our city, it remains in its original form, dating back to 1935.

That year, the price for first-class mail was three cents.  The average cost of a home in Hyattsville was $4,000 while automobiles sold for $600.  Gallatin Street was known as Spencer Street and Franklin D. Roosevelt was our nation’s president.

College Heights Estates realtor A. H. Seidenspinner negotiated the deal between federal officials and William P. Magruder, who owned the parcel just off Baltimore Avenue that would become the address for the city’s new (and current) post office. Across from it were two large Victorian homes and the Professional Building, which still stands at the corner of Hamilton Street and Baltimore Avenue. It served as a combination police station, jail and courthouse.

Previously, in 1912, the Hyattsville post office had been officially designated as a postal savings depository. The service continued at the new location until the USPS ended the program in 1967.

The building has been  listed in the Register of Historic Places since 1986. There, it is described as “a central, three-bay block flanked by smaller one-bay flat-roofed pavilions,” and named “one of the most architecturally distinguished 20th-century buildings in Hyattsville.”

Former Ward 1 Councilman Doug Dudrow went to primary school on Gallatin Street in the 1950s and has vivid memories of school walking trips that included a stop at this historic Post Office to see the murals and to be educated on the history of Hyattsville.

This is a tiny little gem tucked away in our city that many residents are not aware of. If you have not already done so, please take your family and friends to see our city’s most adorable structure.

NEW DETAILS: What’s open and what’s not in Hyattsville, Friday of Blizzard 2016 edition