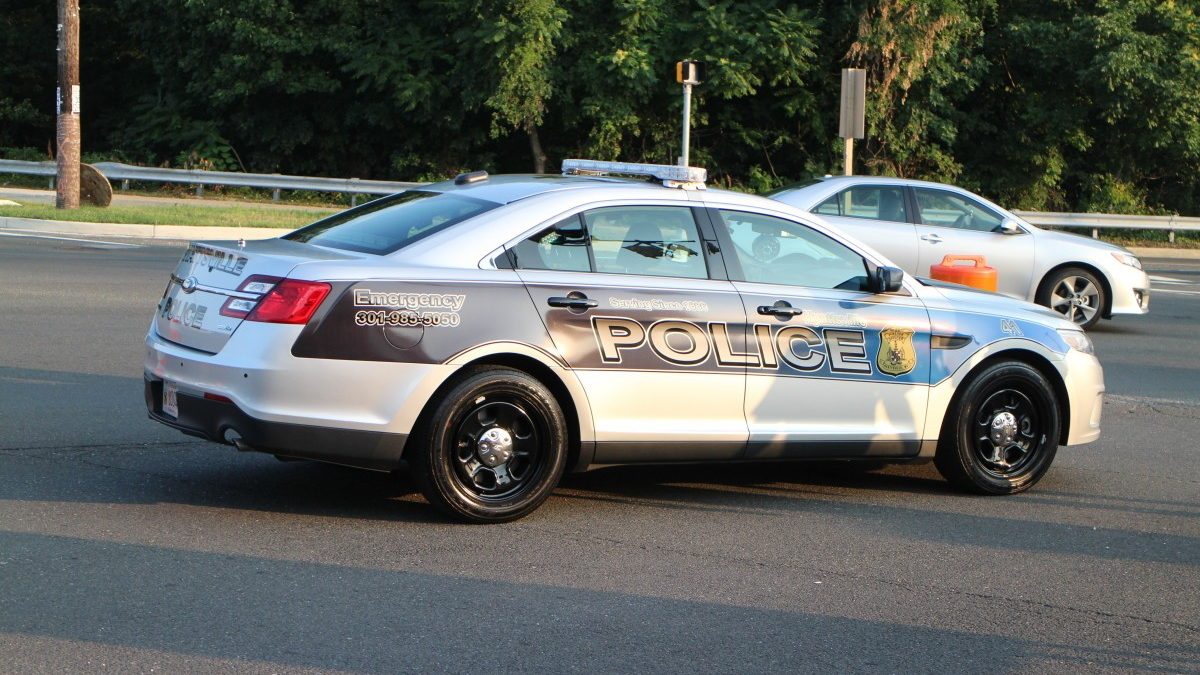 BY CAROLINE SELLE — Hyattsville police officers are asking pedestrians walking in a neighborhood near the Prince George’s Plaza metro station to remain vigilant and take steps to protect themselves after a series of robberies in the area around Jamestown Road.

On Wednesday, February 26, several officers at handed out flyers to those walking to and from the metro station during the evening commute. Pedestrians were stopped at Jamestown Road and Oliver Street, an intersection a few steps away from the concrete stairs leading down to the Prince George’s Plaza metro station. The path is a popular neighborhood cut through to access public transportation.

According to the flyer, the Hyattsville City Police Department (HCPD) is investigating the crimes. “During these robberies,” the flyer reads, “citizens have been approached by 1 to as many as approximately 10 suspects. The suspects have demanded the victim’s property and at times displayed a weapon. At this time it does not appear that all of the incidents are related.”

A spreadsheet provided by HCPD shows a series of similar crimes beginning in early December and continuing through February 15.

Several of the victims have been young females, police said.

“The last few with the female victims seem to be related only because of time of day and method by which the robbery was committed,” said HCPD spokesperson Lt. Chris Purvis. “The robberies with the large groups of suspects [highlighted] seemed to be related.”

The suspects in the December robberies are described as a group of black males, ages 18 to 21, in numbers ranging from four to ten. The suspects in the other crimes are all male, ages unknown, almost all dressed in dark clothing.

As to a specific motivation for the increase, “The only thing we can think of is that these were Crimes of Opportunity,” Lt. Purvis said. “That’s why we are encouraging folks to walk with friends or in a group.”

The area saw a decline in crime when “we installed the Safe City CCTV camera,” Lt. Purvis said. “It is just recently that we have seen a spike.” Police are looking into the possibility of adding “an additional ‘fixed’ CCTV camera on the pole at Jamestown Road and Oliver Street by the metro.”

The distributed flyer includes robbery prevention tips and instructions on what to do during a robbery. Police urge pedestrians to show confidence, observe those around them, and to walk in open and well lit areas whenever possible. During a robbery, HCPD suggests victims stay calm, try to obtain a description of the perpetrator, and avoid doing anything heroic.

“Your life is worth more than your money,” the flyer reads.

After a robbery, HCPD instructs victims to avoid following the suspect and to call the police immediately. If there are witnesses, the flyer says, “Ask them to stay until the police arrive. If they are unable to stay, attempt to get their name and phone number.”

Anyone with any information can contact the Hyattsville City Police Department / Criminal Investigations Section at 301-985-5060.

Hyattsville residents can use Shuttle-UM, but many don’t know that