The City of Hyattsville Police Department is asking for the public’s help in identifying a man believed to have been involved in an armed robbery in West Hyattsville.

Police say that at approximately 1:15am on August 29, three victims were robbed at gunpoint by four suspects in the 5900 block of 31st Street.  The suspects fled in a white 2013 Honda Fit.

The victims did not know the thieves, according to Police. 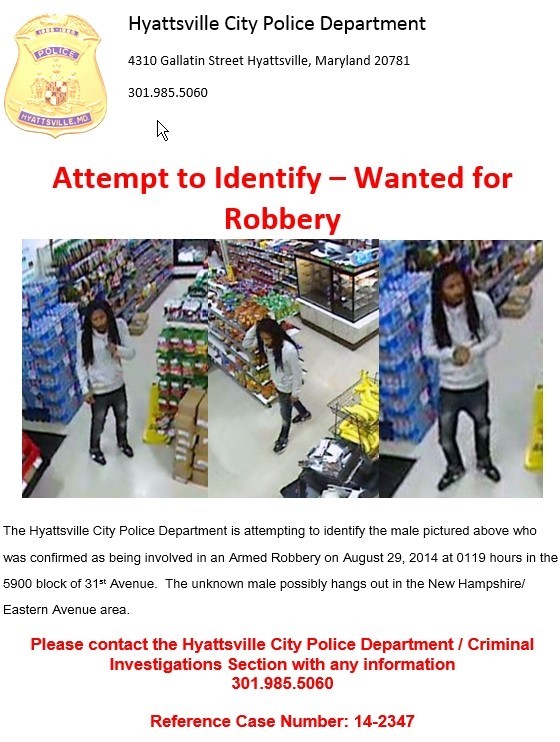 After series of setbacks, Shortcake Bakery is back