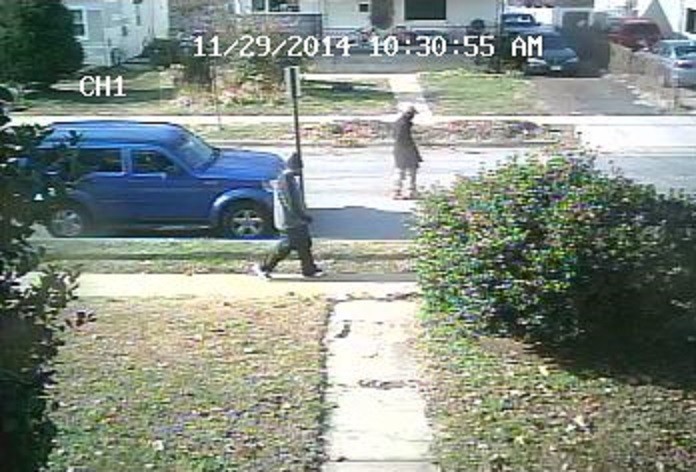 According to the Hyattsville City Police Department, these two men robbed a man at gunpoint after he took money out of an ATM machine on Nov. 29.
Crime

BY REBECCA BENNETT — The Hyattsville City Police Department (HCPD) is investigating an armed robbery that took place on Nov. 29 at approximately 10:30 a.m. in the 5600 block of 30th Avenue. According to police, a man took cash out of the Bank of America on Queens Chapel Road and then drove home. The victim, according to police, proceeded to count the cash while parked in front of his 30th Avenue home.

According to police, two suspects approached the victim, produced handguns, and demanded the envelope full of cash.  When the victim refused, police said one of the suspects hit him with a gun, then grabbed the cash and the victim’s cell phone. Officers said the victim chased the two suspects, who fled on foot, and then proceeded to throw a hammer at a vehicle waiting for them.

City toasts to 25 years of the Hyattsville Farmers Market