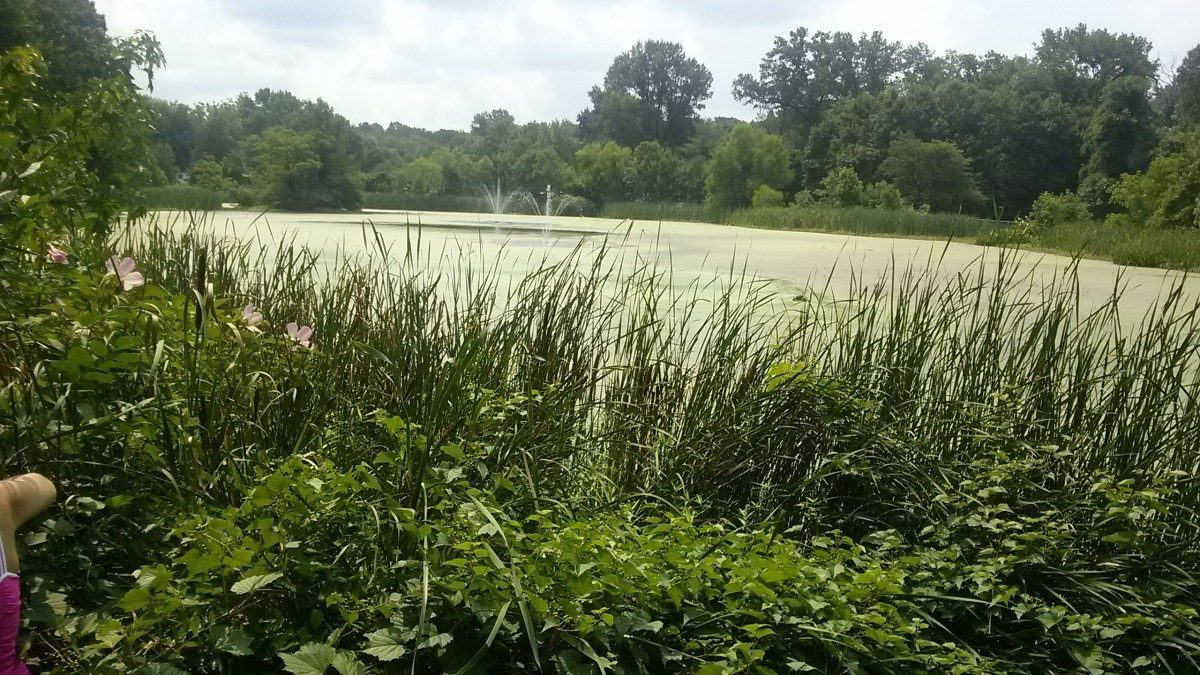 Police say a victim was robbed and stabbed while walking with a friend near the University Hills Duck Pond Park on Tuesday. Photo courtesy Rebecca Bennett.
Crime

BY REBECCA BENNETT — Authorities say a robbery turned violent when a suspect stabbed a man on the trail between the University Hills Duck Pond Park and Lane Manor Park.

Lt. Chris Purvis, spokesperson for Hyattsville Police, the Maryland-National Captial Park Police were called to the University Hills Neighborhood Park on the report of a robbery at approximately 1:40pm on Tuesday, September 16.

The preliminary investigation reveals, according to police, that two people were walking on the trail that runs near the corner of University Boulevard and Adelphi Road when they were approached by the suspect. Authorities say the aggressor asked the two people walking why they were in the park and then brandished a box cutter-type knife.  He proceeded to attack one of the men, took the victim’s book bag, and stabbed him in the back.

View 9/16/14 Duck Pond Stabbing in a larger map
Police tell us the victim was transported to Medstar Hospital for treatment.  The current condition of the victim is unknown at this time.

Authorities are asking the public to keep an eye out around the duck pond and Heurich Park for  an 18-21 year old Hispanic male riding a blue or green “BMX-type” bike.  Police say he was wearing a blue hat and possibly blue plaid button down shirt with baggy pants yesterday when the robbery occurred.

If anyone has any information or comes in contact with someone matching the description, please contact the Maryland-National Capital Park Police at 301-459-9088 or the Hyattsville City Police at 301-985-5060.

Hyattsville participates in "Cops on Rooftops" for Special Olympics this weekend

A word from the mayor on the state of HCPD