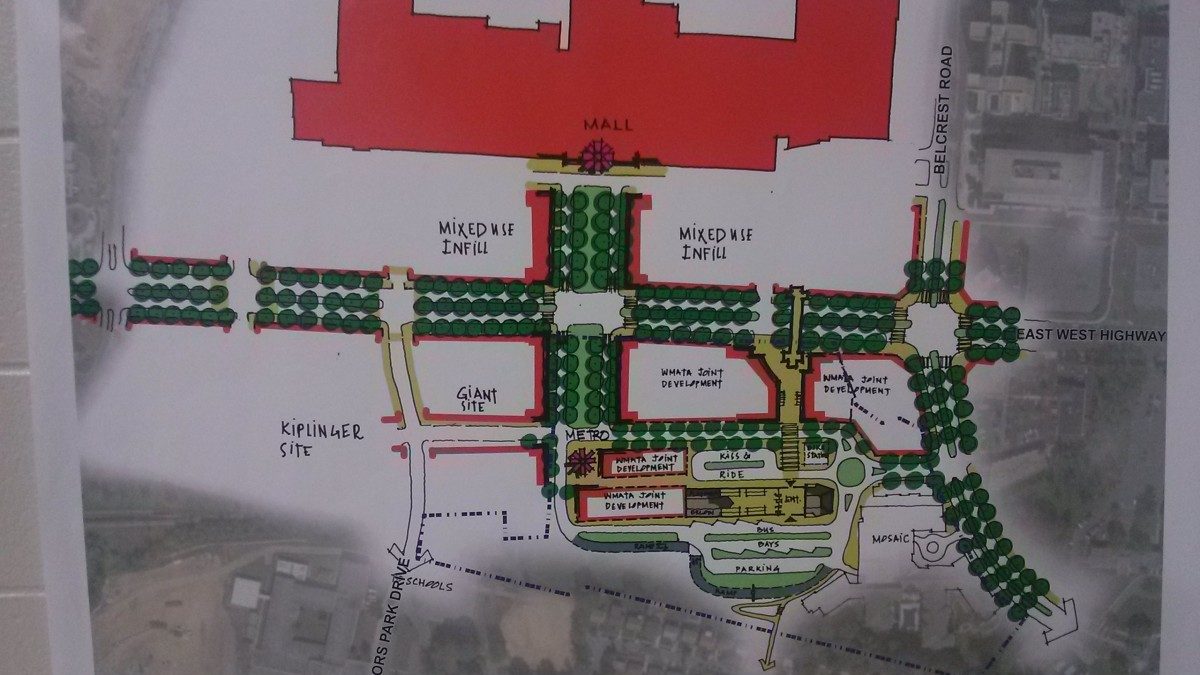 BY CAROLINE SELLE — The new downtown envisioned by planners from the Maryland-National Capital Park and Planning Commission (M-NCPPC) includes walkable and bikeable tree-lined streets, a highway transformed into a boulevard, and more residential development connected by pedestrian pathways in the area around the Mall at Prince Georges. 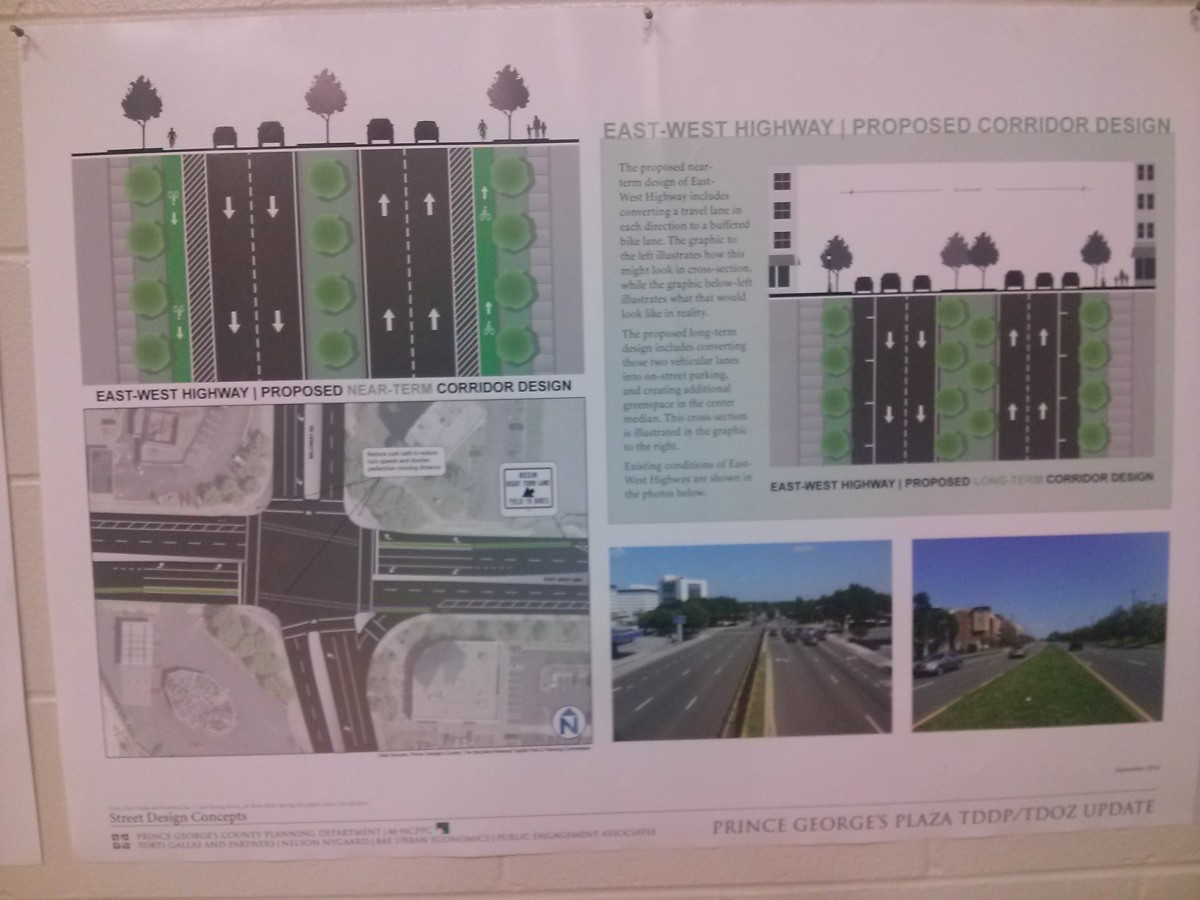 The concept, first introduced to Hyattsville residents during the three-day September design charrette, is a part of “Plan Prince George’s 2035.” On October 14, planners presented their updated concept for the Prince George’s Plaza Transit District Development Plan, which was based on feedback from charrette participants, and asked for additional input from the community. The event, held at the Prince George’s Plaza Community Center, drew a number of residents from Hyattsville and  surrounding communities, business owners, and a representative from the Washington Metro Area Transit Authority .

During the charrette, planners found that “there’s a desire to establish places at Prince George’s Plaza, places for people to gather, to meet, to stroll on the sidewalk, to enjoy meeting their neighbors … that’s really lacking in the area now,” according to Cheryl O’Neill of Silver Spring-based architects Torti Gallas and Partners.

The metro and the mall will continue to exist as the “primary engines,” of the downtown area, said O’Neill. 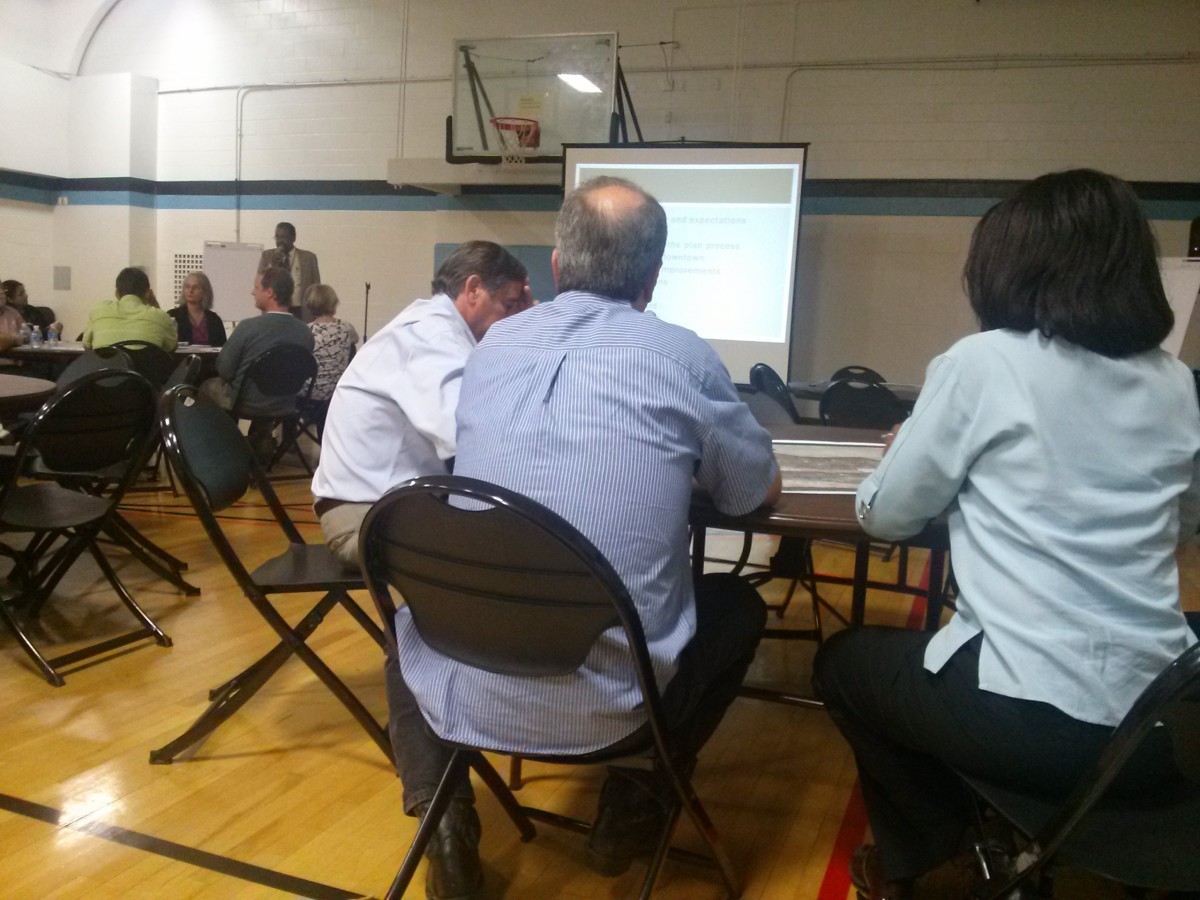 Other features of the plan include residential infill development, underground parking, in-line retail (where shop entrances face and are in-line with the street), and improved metro station access. Ideally, the area will be filled-in with mixed use development. There will be denser land use around the metro, said O’Neill, with potentially eight to 16 story tall buildings, which transition “down to smaller stores” the further west, east, and north people go.

After the presentations, representatives from the M-NCPPC facilitated discussions with attendees, who were broken into groups by table. Feedback included concerns about the methods used to slow traffic on East West Highway, appreciation for the increased green space and stormwater management initiatives in the area, whether or not the lack of development in University Town Center would bode negatively for increased development around Prince George’s Plaza, and a discussion about how to make the space unique to Hyattsville.

Plans for a second metro entrance presented as near-term goals at the charrette have been set aside, according to consultants, because they realized it was too expensive after meeting with WMATA.  The updated concept plan included a pedestrian ramp from the other side of the metro station that leads into existing entrance.

Though the plan is intended to be fulfilled in the next 20 to 30 years, the designers said some action could take place as early as 2015-16, which is when the final concept plan is expected to be approved by the District Council.

First, though, the Hyattsville Planning Committee will be submitting comments and recommendations to the Mayor and City Council.

Assistant City Administrator Jim Chandler is the City’s liaison on the committee. “We’ve participating since the inception of the update,” he said. “The plan that’s ultimately adopted, we’re going to have to live with those results … [We’re] considering the built environment that’s going to be in Hyattsville for the foreseeable future.”

Then & Now: Vinegar: A mold-busting miracle!

Election Board preps for changes after noncitizen voting passes