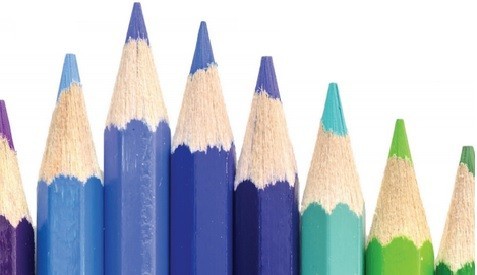 BY SCARLETT SALEM — There have long been avenues for the youth of the Arts District to participate in fun arts activities, but they have primarily come outside of school hours or only during arts class. This year marks the launch of the Prince George’s County Public School System arts integration pilot program, which will bring the arts into all parts of the curriculum.

Part of the process for choosing schools included experience with the arts, “but the big factor was that they had a willingness to be involved in the pilot,” said John Ceschini, the newly hired PGPCPS arts integration officer. “[In Hyattsville there is already] arts integration from elementary to high school, so there is a feeder pattern there, which is great.”

Arts integration is a “research-based program that has shown success,” Ceschini said. It extends beyond traditional art class and involves looping in different forms of art into other academic areas to increase knowledge retention by “connecting [students] to the curriculum.” Arts, he said, have a positive impact on learning.

Though Ceschini has only served as the arts integration officer for three months, he brings plenty of experience to his new role and a new role for the County school system. Ceschini previously served as the executive director of the Arts Education in Maryland Schools Alliance for four years and has also served as a principal at various schools in Prince George’s County, many at which he implemented arts integration.

Qualitative side effects of arts integration that Ceschini says he has observed through his personal experience include increased attendance and decreased student discipline referrals. Quantitatively, standardized test performance scores improved.

Ceschini has set realistic goals for the pilot year.

“The goal this year is to raise awareness,” he said, “to define what arts integration is to these schools and how can the teachers get involved in the process.”

During the first year a process called curriculum mapping will be used. In curriculum mapping, teachers ‘look at the existing arts curriculum and the common core standards and when there is a natural connection between the two then build the [arts] into the lesson planning.”

“We have a core group of teachers in every school who are excited about this because it lets them use their creativity. They can implement things that bring fun back into learning.”

Ceschini hopes the process will help incorporate arts into other subject areas without forcing it. For example, when teachers are explaining the parts of a story, they could read a book like The Hungry Caterpillar to students and then have the students “identify the beginning, middle and end through dance. “[Teachers can combine those dance elements while they are learning about literary elements,” Ceschini said, and that the combination approaches will help students who have different learning styles.

Curriculum mapping will require training teachers, but Ceschini said he is optimistic.

“We have a core group of teachers in every school who are excited about this because it lets them use their creativity. They can implement things that bring fun back into learning,” he said. “It gives the students activities that involve more creativity and collaboration. [Teachers are] not just teaching to a test,” Ceschini said.

Area arts organizations, such as Joe’s Movement Emporium and the Prince George’s County Arts and Humanities Council have given in-kind support such as providing locations for meetings and bringing artists to visit the schools in the pilot program.

Long-term, said Ceschini, the goal is to expand arts integration to the other schools in the county.

“[We] don’t want the impetus [for implementation] to come from the arts integration office, we want it to come from the schools. We want teachers to tell their colleagues this is a powerful learning tool.”