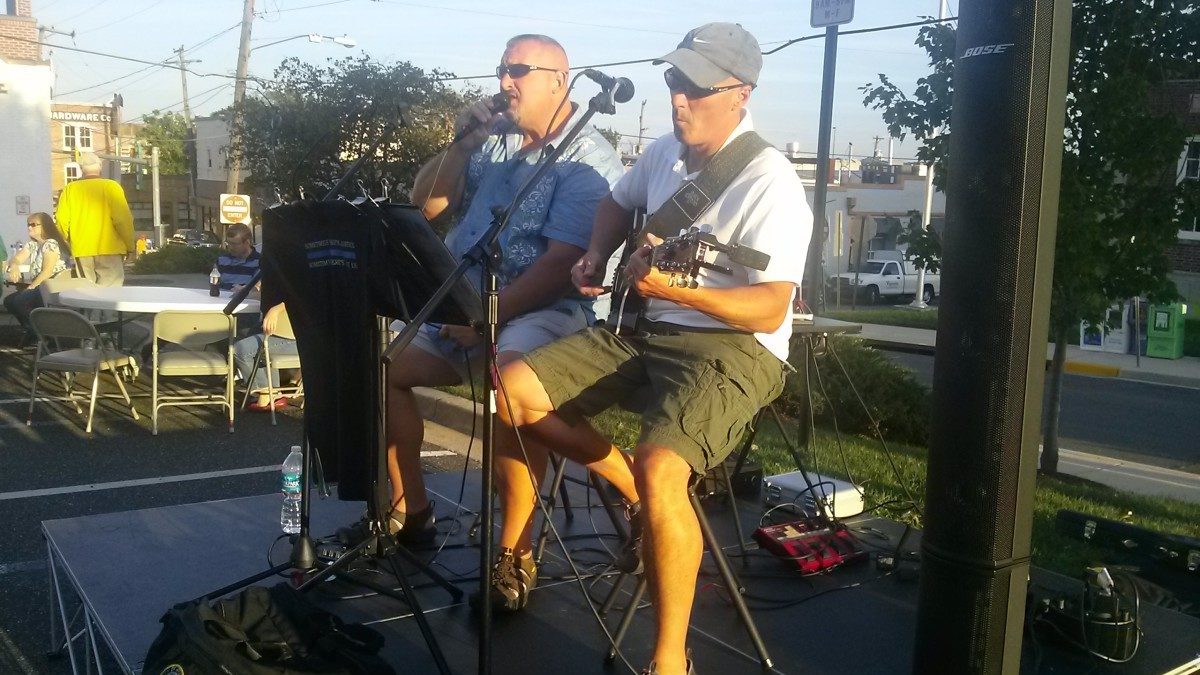 "Just Us" performed at the final summer jam of the year, including Lt. Chris Purvis from the Hyattsville Police Department. Photo courtesy Rebecca Bennett.
Hyattsville

Update your fall wardrobe with a clothing swap